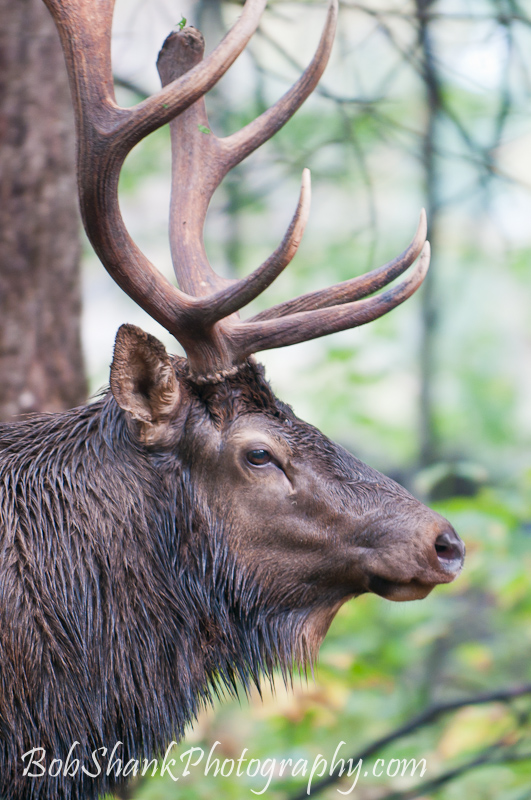 This is a profile of a nice bull elk. I watched him for several hours one afternoon this fall. First he was feeding in a small field. Then he laid down to chew his cud. I took many photographs, went back to get my photo colleague, and returned to take more photos. It was an incredible site to say the least!

If you look closely at the top of this photograph you will see that this bull’s left antler is broken. It was broken most likely in a fight with another bull, and probably taking him out of contention with other competing bulls for the fall rut. Interestingly, he was accompanied by two cows earlier in the day but they wandered off in the middle of the afternoon. A bull with a broken antler is no match for a dominant bull and he knows it well.

Fights between bulls rarely are fights to the death, but broken antlers and punctures from antler tips are somewhat common. These bulls fight when they must and they fight hard. Capturing such a bull-fight is difficult with a camera for a variety of reasons. The aftermath of these fights are easier to photograph; like this broken bull profile.