The bull which was rescued from the swing at the old Benezette School is doing well. We saw him last week on Thursday and he was hanging around with a spike bull. He looked healthy and seemed to be doing just fine. I suppose he took his place with a spike bull because he knows he cannot compete with the bigger bulls, especially with only one antler. Or maybe his head is just a little lopsided, which has kept him off his game so far. Either way, it was nice to see him in the wild and doing well. This was an amazing story and so far this rescued bull seems no less for the wear, not counting the removed antler. Here are two photos I captured of him last Thursday. 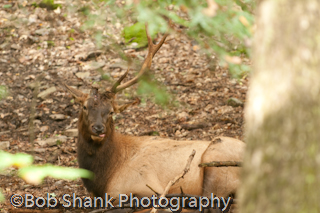 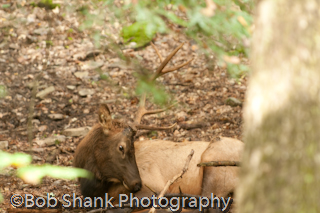