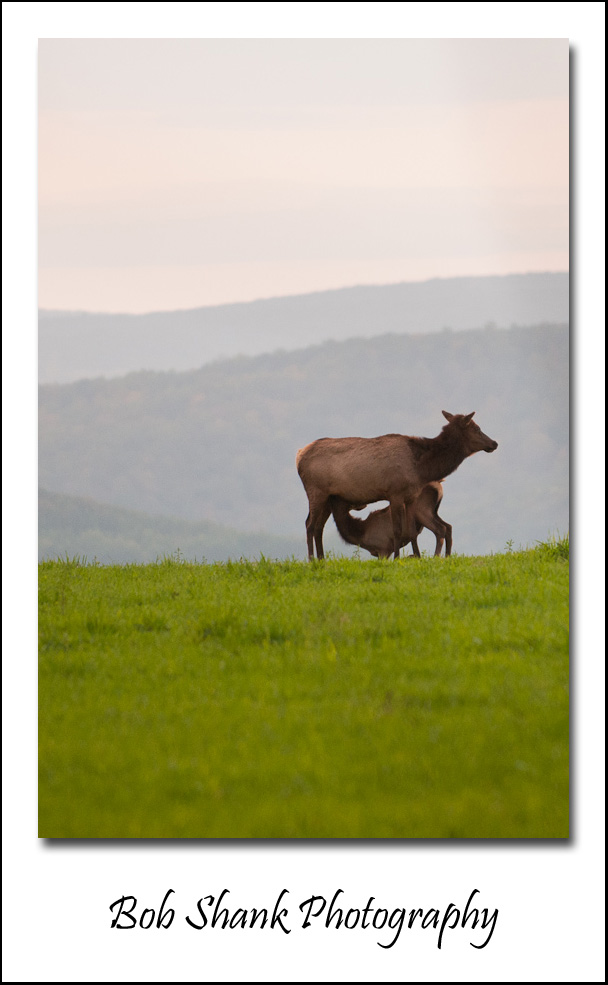 I always try to process photographs as soon after an outing as possible. This way I can keep details fresh in my memory, add appropriate keywords right from the start, and pick the keepers that I want to use on my blog, Google+, my website, or to print. Sooner rather than later is the motto I strive to uphold. Usually it works well. occasionally, I have to process photos at a later time.

Sometimes, however, I go back to a previous photo shoot and find an image that I either missed the first time through or figured I couldn’t or wouldn’t want to use. Such was the case last night. I went through some old Pennsylvania elk photographs from last fall and came across this nursing calf. The pose struck me, but the background also caught my attention. I had to crop out a twig that got in the way of my shooting lane, but the image above I thought was usable at least on some level.

What do you think? 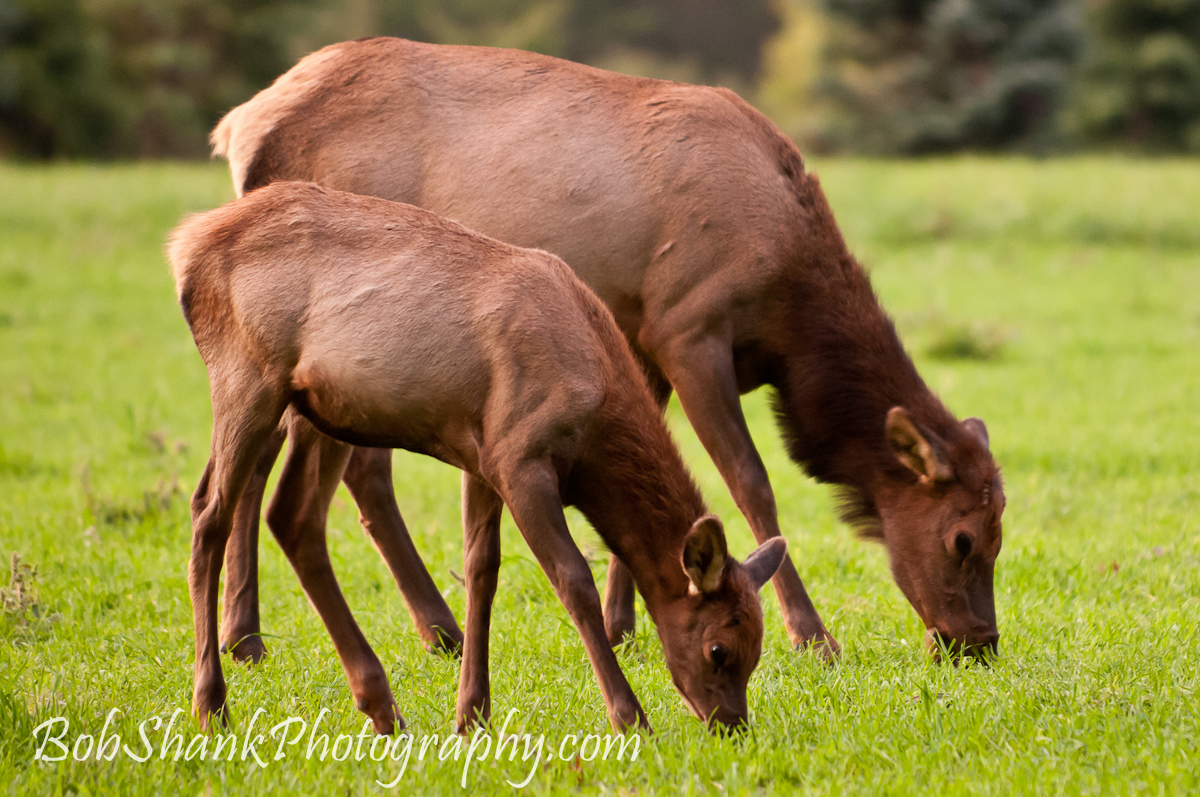 Young uns often imitate their mothers. It is part of nature’s way to teach young animals how to survive. Lessons in feeding, grooming, and protection from predators are all vital to survival. If the young animals do not learn these lessons they will be in trouble.

In addition to the critical importance of these lessons, they are often fun to watch! Do you remember that one television commercial which shows a son imitating every move his father makes? It is comical to watch and so it is nature as well.

Here is a photograph I captured this year during the rut, the elk mating season. It shows how the calf is imitating and actually mirroring its mother. They are feeding in the food plot and little one is in the same pose as its mother.

Watch animals long enough and you will some amazing sights! 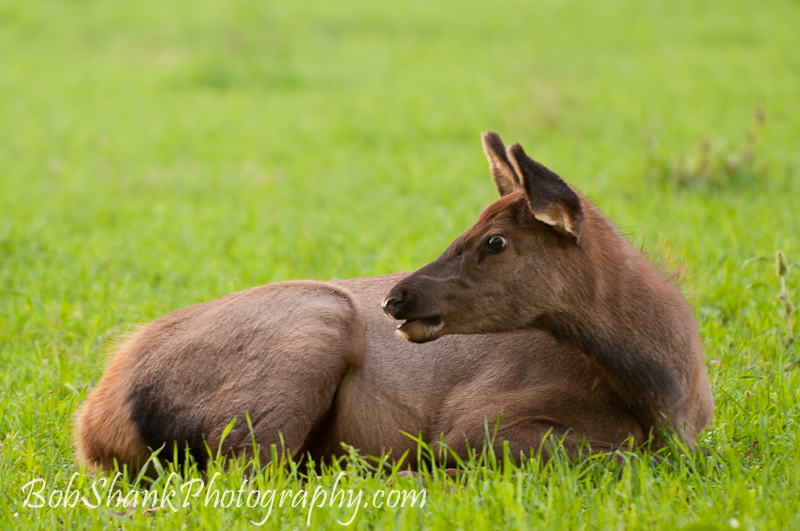 What was the calf looking back at? It’s mother? A bugling bull? Honestly, I don’t know. I framed the calf in my viewfinder and pressed the shutter release.

I like this photograph for a number of reasons. First, even though the calf is lying down, its ears are up and alert. And, secondly, look closely at those ears? Do you see how the late light of the setting sun is reflecting off them? This helps to highlight them because the viewer’s eye is drawn to the brightest part of the photograph.

The layout or composition of a photograph is important.

The rule of thirds is another very helpful compositional guideline. Imagine your photograph has lines that resemble a tic-tac-toe board overlaying your photo. This pattern divides your photo in thirds both horizontally and vertically. Now note where these lines intersect. This guideline suggests you put your subject on one of these intersecting lines rather than dead in the middle of the photo like a bullseye.

The photograph here follows the rule of the thirds. The top of the calf’s head is at the top right of the imaginary intersecting lines. This produces a more pleasing composition. The body of the calf is also not right in the middle of the photograph, so it also follows the horizon guideline correctly.

Work with these two compositional guidelines in your photograph and see if they make a difference. My guess is that you will produce more pleasing and compositionally correct photographs. 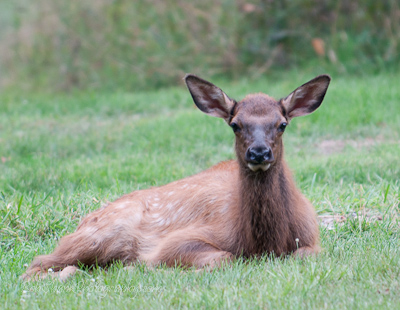 Back in September I watched excitedly as a small herd of elk crossed the creek. The water wasn’t all that high, but it wasn’t shallow either. The cows went across first and carefully made their way to the other side. In the midst of their crossing, I saw this little calf making its way across the creek, too. Then I wondered, how dangerous is this crossing for the elk, especially for the calves?

We humans take many things for granted–bridges, for example. There aren’t too many times when we have to ford a stream or creek these days. Perhaps the elk’s four legs help them manage the slippery rocks better than our two legs, but I am sure it is still somewhat precarious for them. I could tell that the elk were methodical as they gently stepped into the water and then slowly made their way across the stream. None of them fell or even stumbled. Then the bull followed and made his way across, bringing up the rear.

But my interest was with the smallest of the elk–the calf. It made its way across successfully but this photograph shows just how high the water was for this little calf.