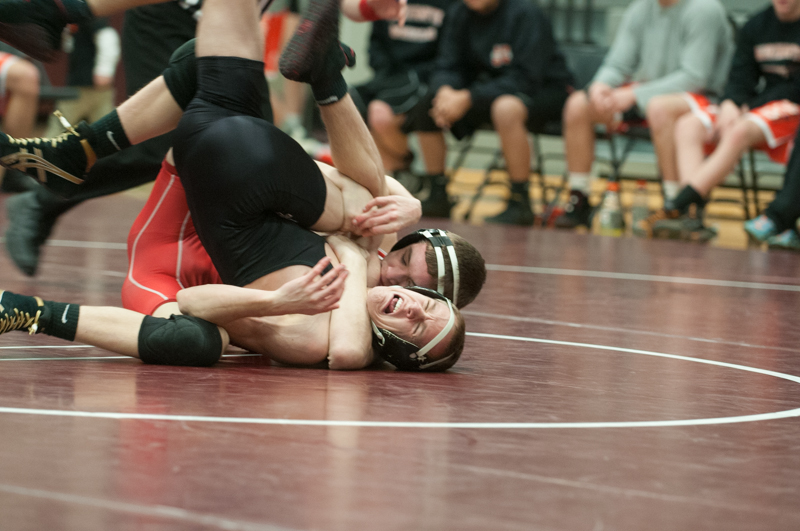 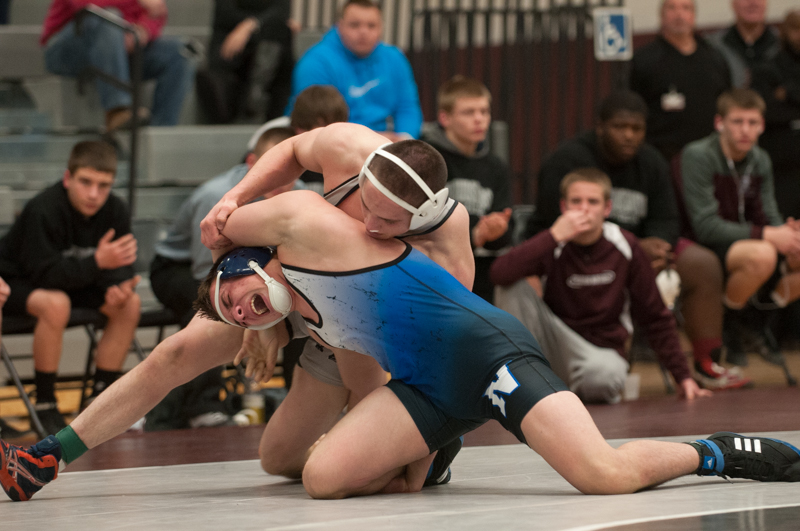 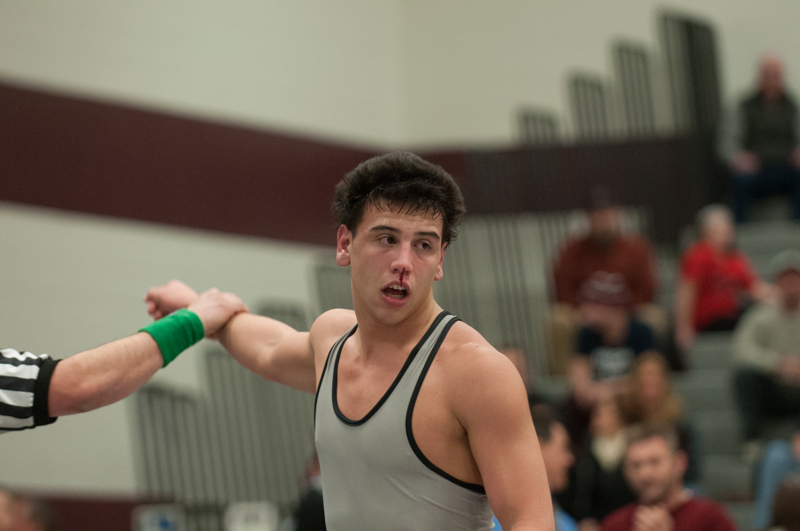 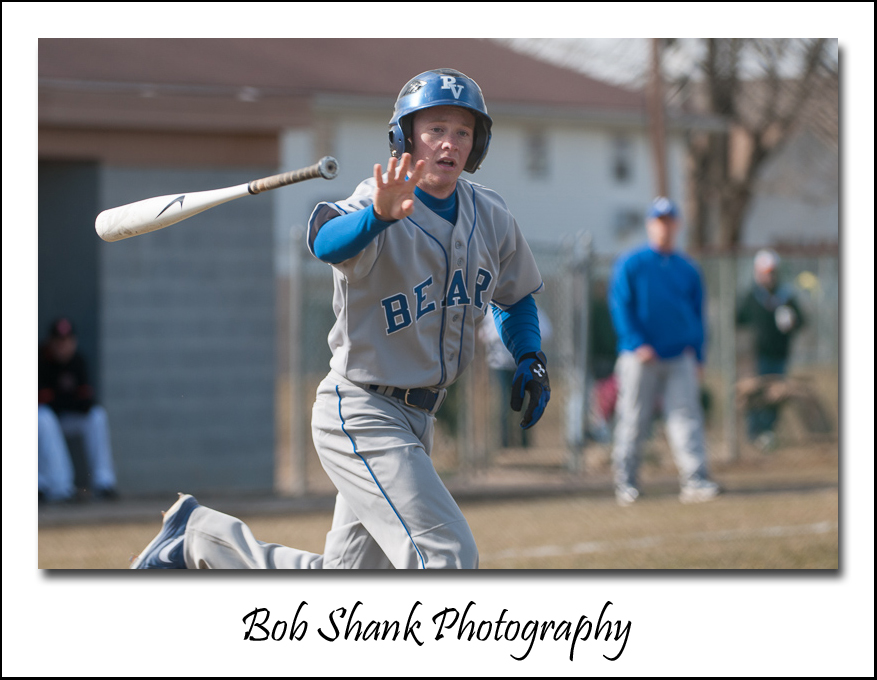 A cold and blustery day was the setting for Pleasant Valley’s second baseball games of the season. It seemed more like fall football weather instead of spring! In the photo above, Adam Raseley is tossing his bat toward the dugout after he walked at his at-bat. 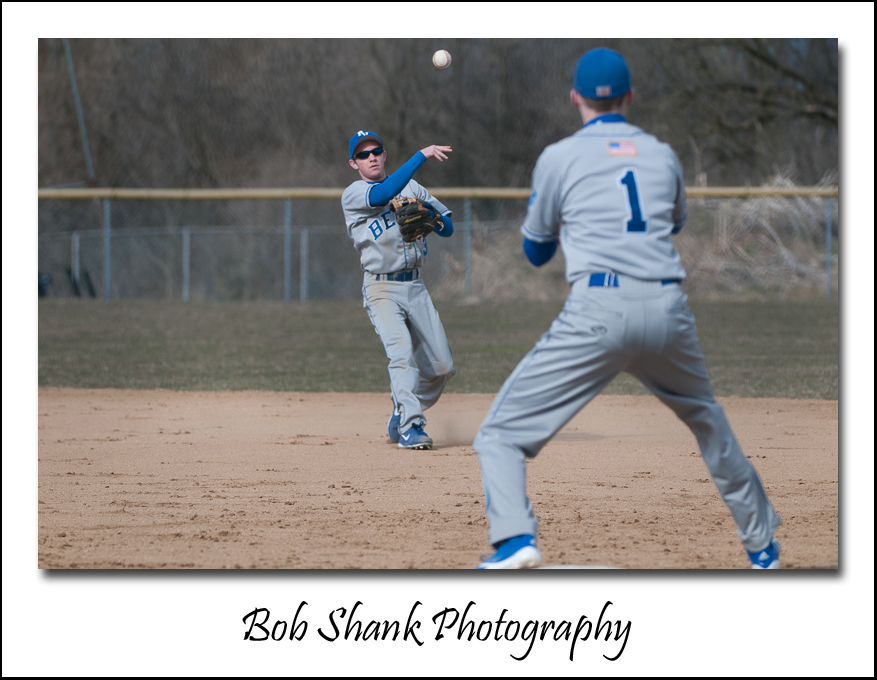 The weather did not stop the players from putting their game on the field. Here, Adam Raseley is throwing a ball he gobbled up on a grounder to record an out. Jordan Caffrey is playing first base. The PV infield was strong all through this game! 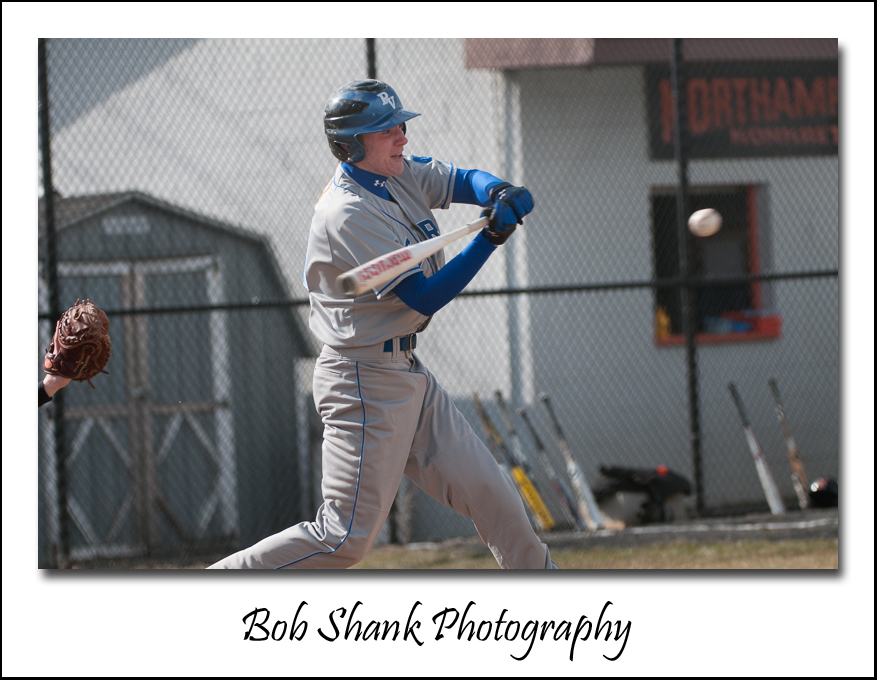 Here, Travis Van Houten is eying up a pitch coming into his zone. PV strung together some good hits and capitalized on some costly errors made by Northampton. PV stayed on top to earn the victory and go 1-1 in the early 2013 season. 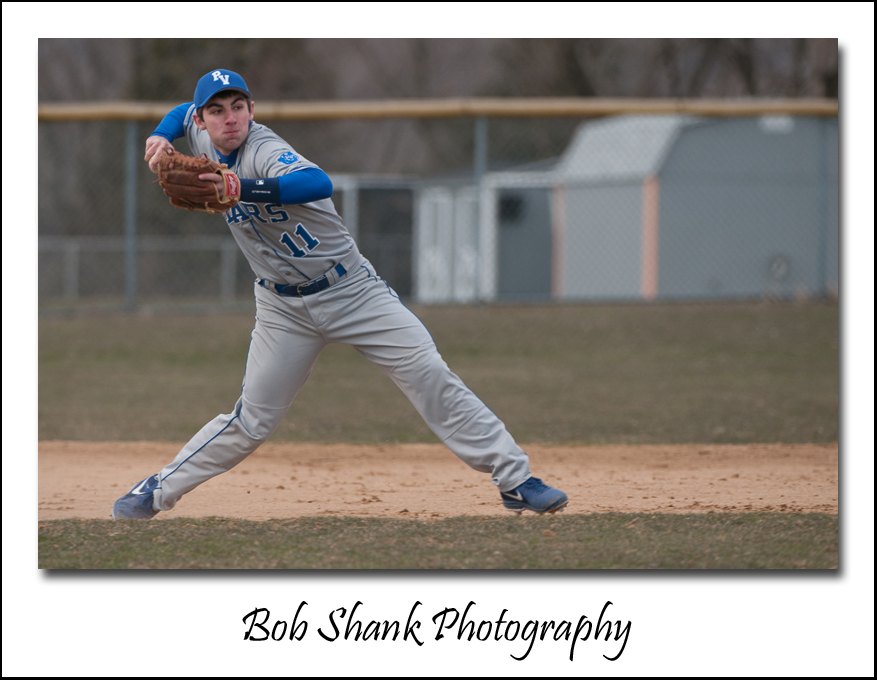 Third baseman, Austin Yoffredo, is throwing to 1B to secure another out on defense. 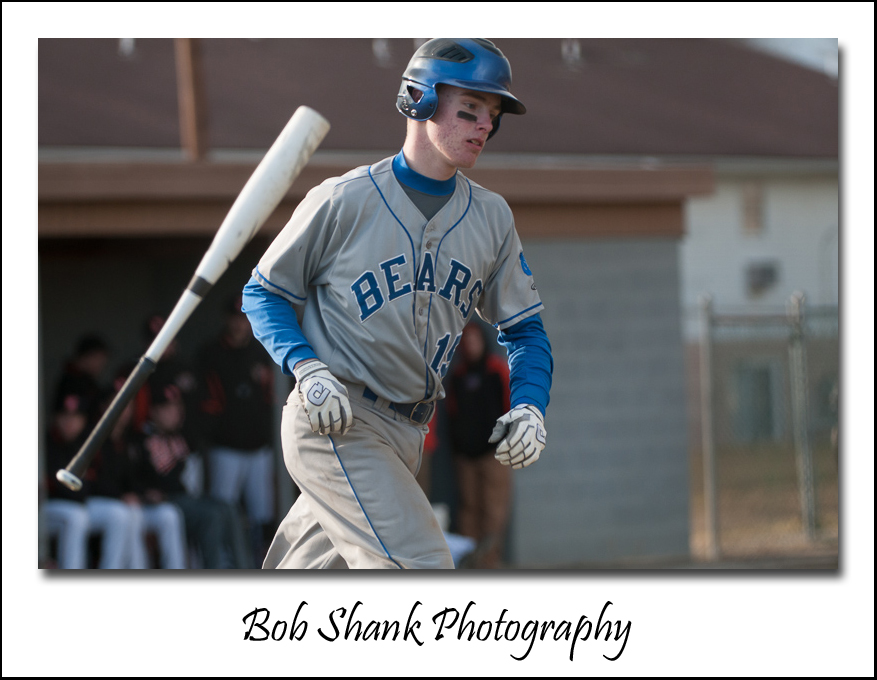 James Shank worked a count deep and received a base-on-balls twice in the late innings.