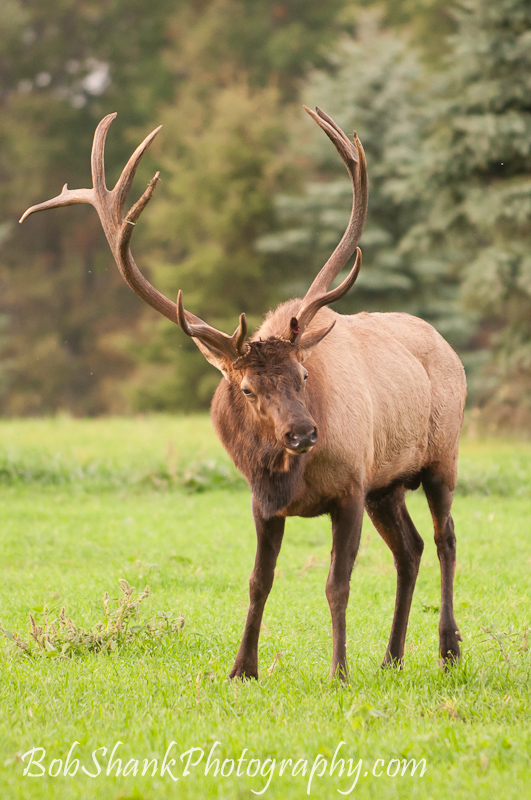 Bulls jockey for position to gather their harem in the breeding season. This is not an easy task, however. Other competing bulls constantly vie for the same cows. These competing bulls sometimes challenge the dominant bull hoping to oust them from their position and take their place.

These challenges often look like antler jousting as the two bulls butt heads and lock antlers. They push and shove each other and sometimes clash their antlers with a loud thud! Sometimes this results in a broken antler. This fall I saw at least two bulls with a broken antler. This one has a broken brow tine on his left side. The brow tine is the first antler from the bottom and the closes to the bull’s brow, hence the name “brow tine.” You might have to enlarge the photo so see this broken brow tine, but it is broken. Just another battle wound from the fall rut.