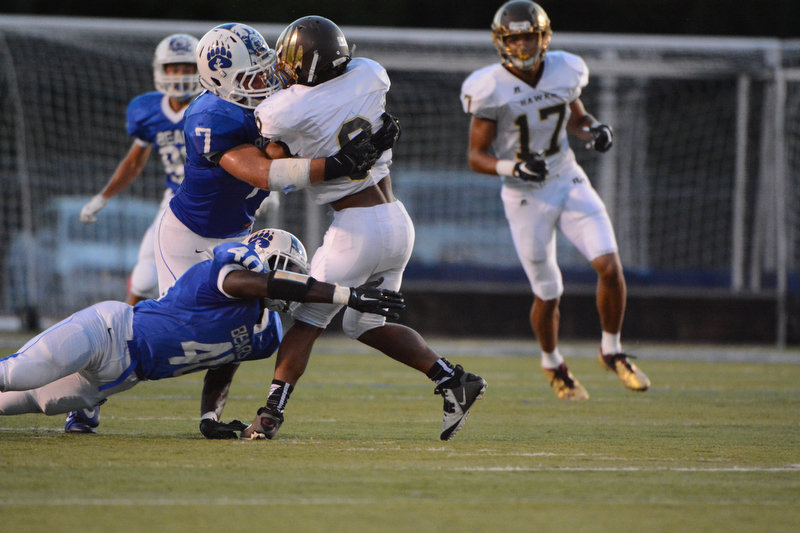 I never quite know how photographing a football game is going to go exactly. Will I capture the winning play? Will my photos portray accurately the way the game played out?

Well, tonight I captured a photograph that told me exactly what the caption should be for this photo: “Brendan Kearns (7) and BJ Olaniyan (40) stack up the defense against Bethlehem Catholic in Brodheadsville on Friday, September 11, 2015.” 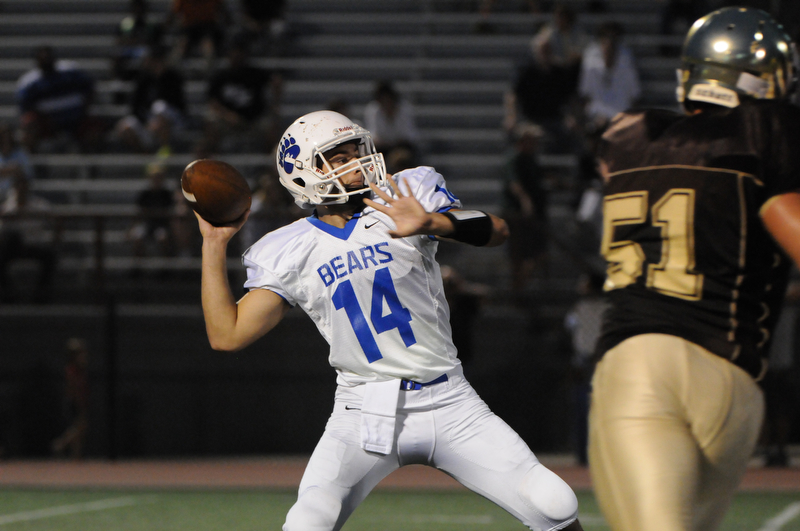 What was predicted to be a completely lopsided game ended up being a fantastic football game for Pleasant Valley on Saturday night. If Bethlehem Catholic was an unbeatable and untouchable team, PV did not get that memo. In fact, they made a strong statement of their own by putting such a successful game on the field this week.

Bethlehem Catholic scored first, but PV responded immediately with a well-designed and well-executed flea flicker. Then PV caught fire with their passing game. Bethlehem Catholic was shocked and entered the locker room at halftime down 35-21 only because they scored a touchdown with seconds to go in the first half.

A lightning storm rolled in and the delay resulted in a 2-hour halftime! Play resumed just after 10pm. The Golden Hawks came out running the ball and moving down the field consistently, but PV would not go away. They responded yet again in the second half.

In the end, PV came up 2 points and a few inches short from scoring a go-ahead touchdown late in the fourth quarter. It was a disappointing loss after such a successful first half. However, this should be a character builder and shows that PV can compete with the best teams this year!

The full gallery of photos from the game can be found here. 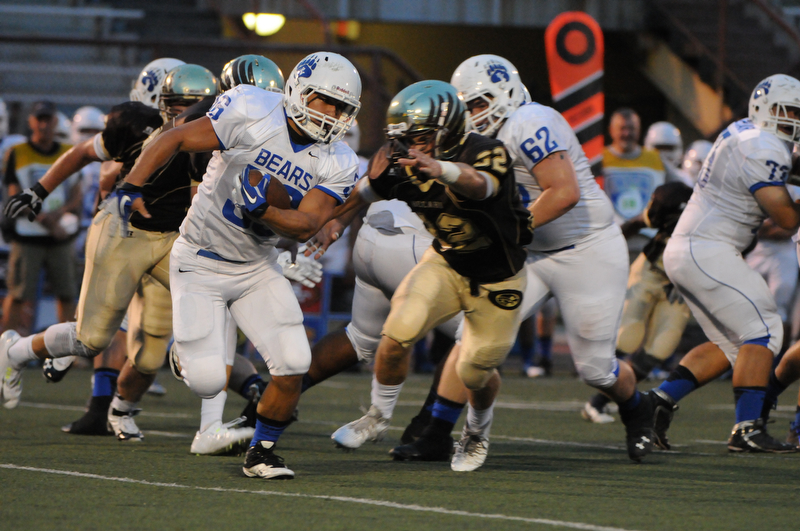