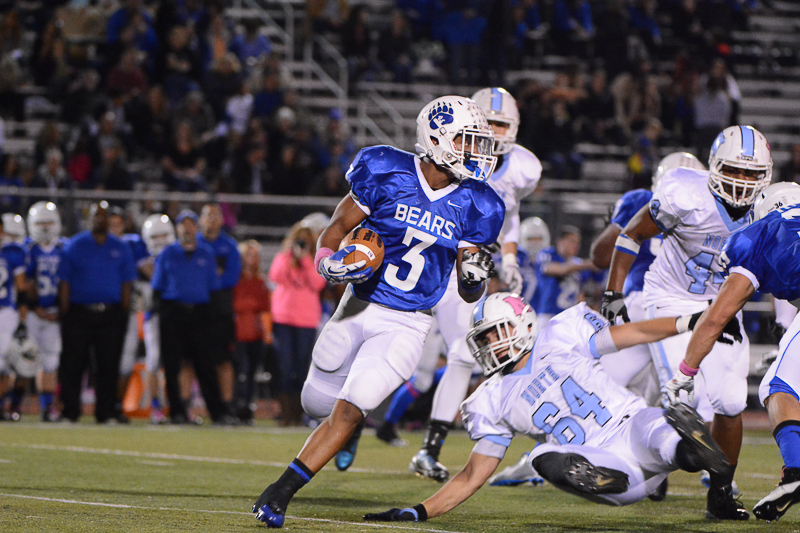 The PV Bears won another game, this time at home against East Stroudsburg North. It was a thrilling game that wasn’t completely decided until close to the end of regulation. PV struck first on a touchdown pass to Danny Hunter. 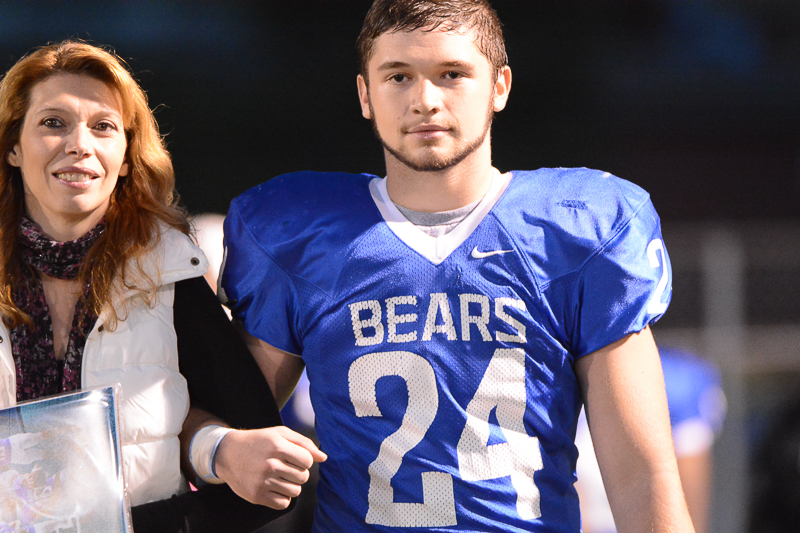 It was Senior Night at Pleasant Valley and before kickoff the Senior football players and cheerleaders were announced. They were accompanied by parents as they were introduced to the crowd. 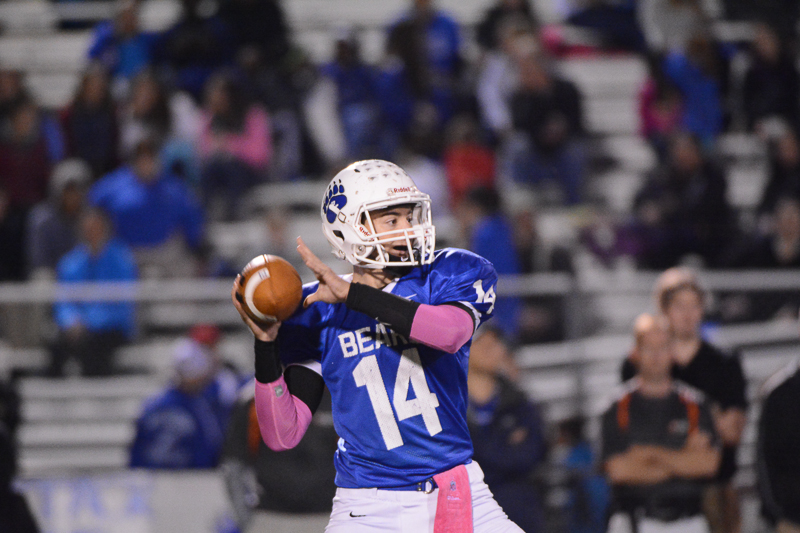 Quarterback, Brandon Kuehner, had a big night and threw for two TDs. He connected with Tanner Parascando who made a circus catch as you can see in these next three photos. 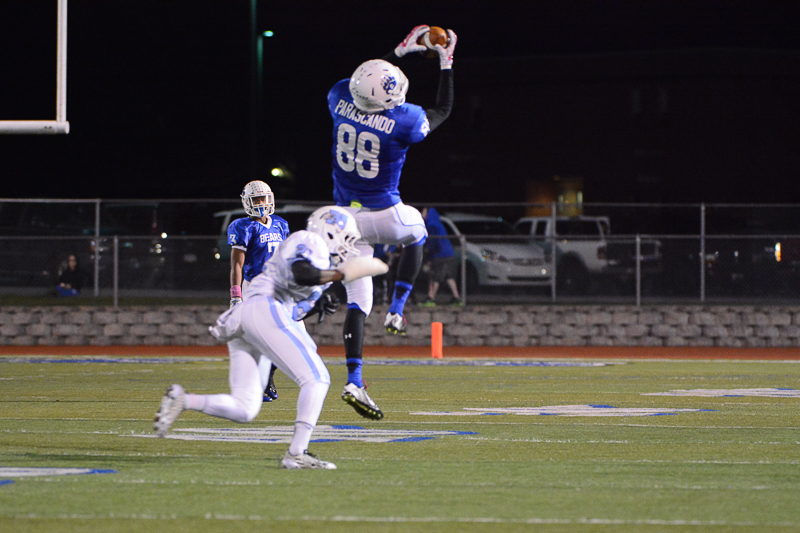 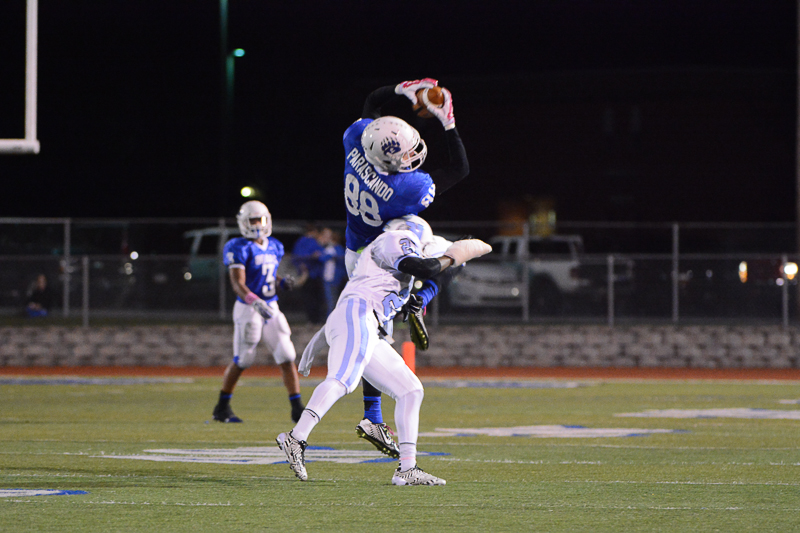 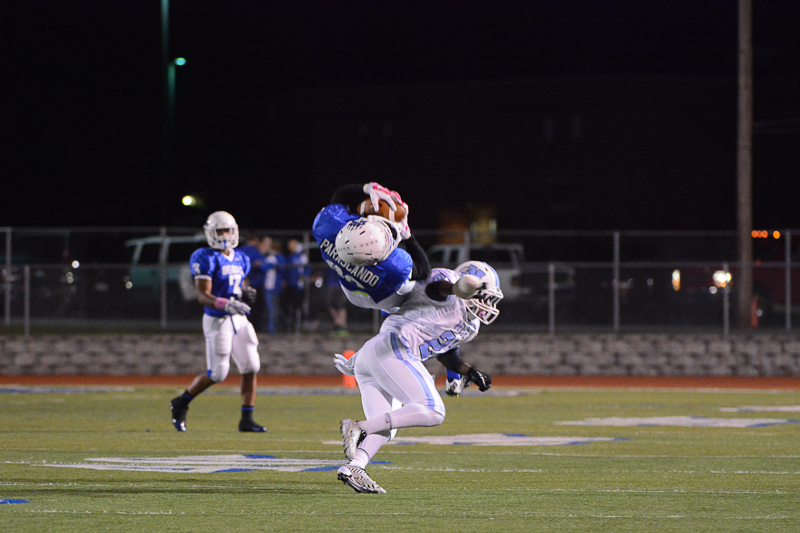 It was a very memorable night for the 2014 PV Senior Football Players! 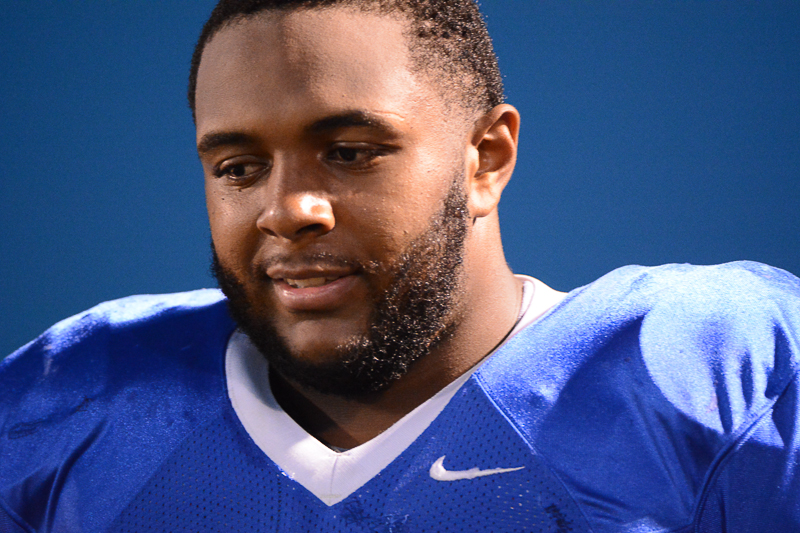