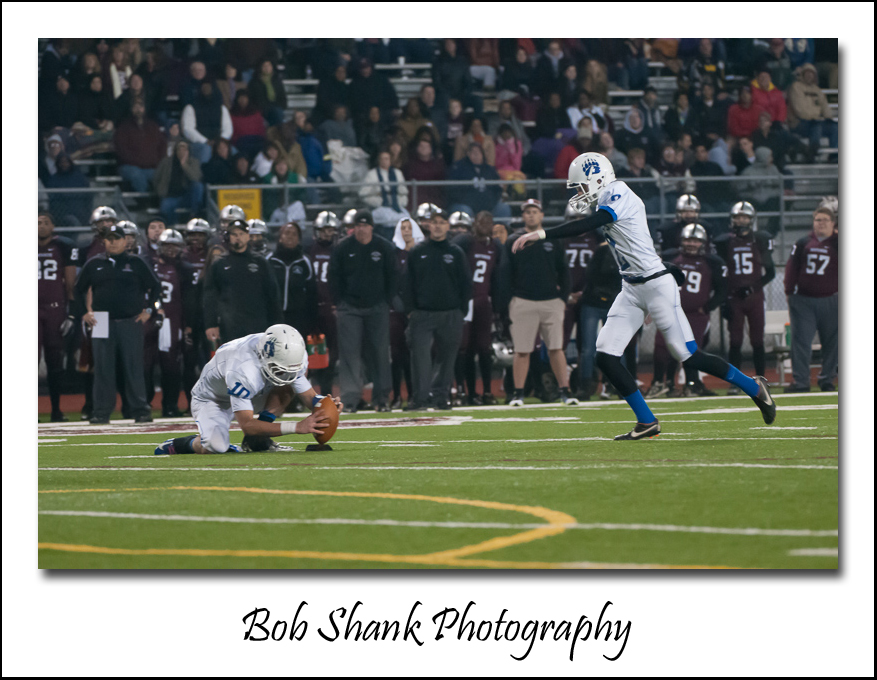 It was a rematch from a week before–Pleasant Valley vs. Stroudsburg, and it was a thriller!

As sometimes happens, all the hard-fought battles came down to a few huge plays. A flea flicker, a field goal, and an interception were the big plays as PV fought to victory on Saturday night. It was a game for the ages! 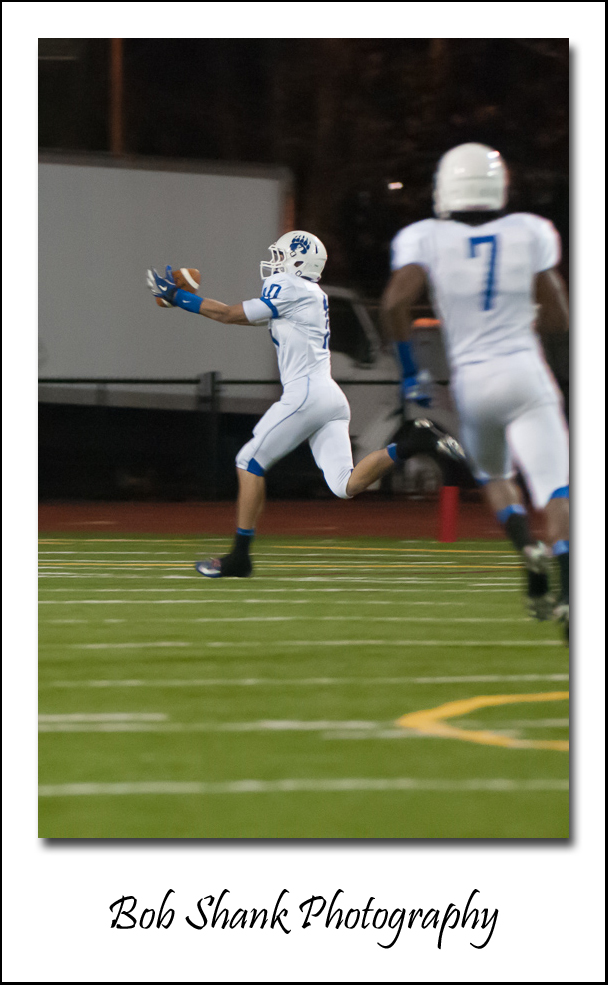 The first big play of the game didn’t take long to develop. A flea flicker put the ball back in Leap’s hands and he threw a bomb to his receiver, Romeo. So began the rematch  and subsequent plays would not disappoint. PV scored three touchdowns in the 1st half, which was reminiscent of the previous week’s game when Stroudsburg did the same. 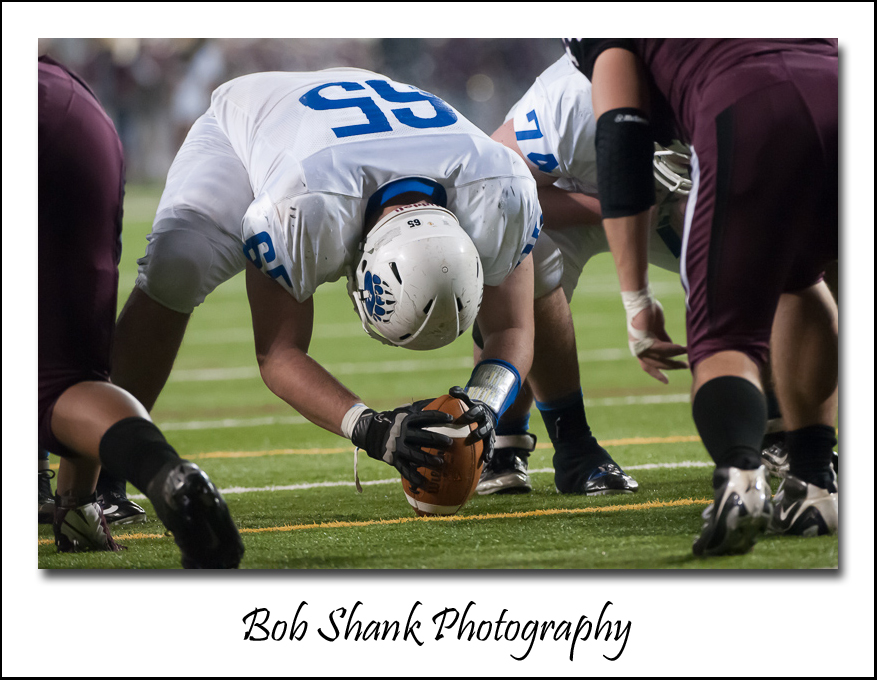 The battle was fought out in the trenches on the line of scrimmage. This is typical from two well-matched teams, but few fans ever notice the battles fought here. Most watch the quarterback, running backs, and receivers, as they focus on the ball. But without these battles being won, the big plays would never develop. Stroudsburg fought back twice to eventually tie the game at 21. PV’s kicker, Jordan Caffrey was called on to break the tie with a 28-yard field goal attempt. Here, in the photo below, all eyes were on that ball as it made its way toward the goal post. The kick was good and this would be the play that propelled PV to victory in this thrilling rematch! 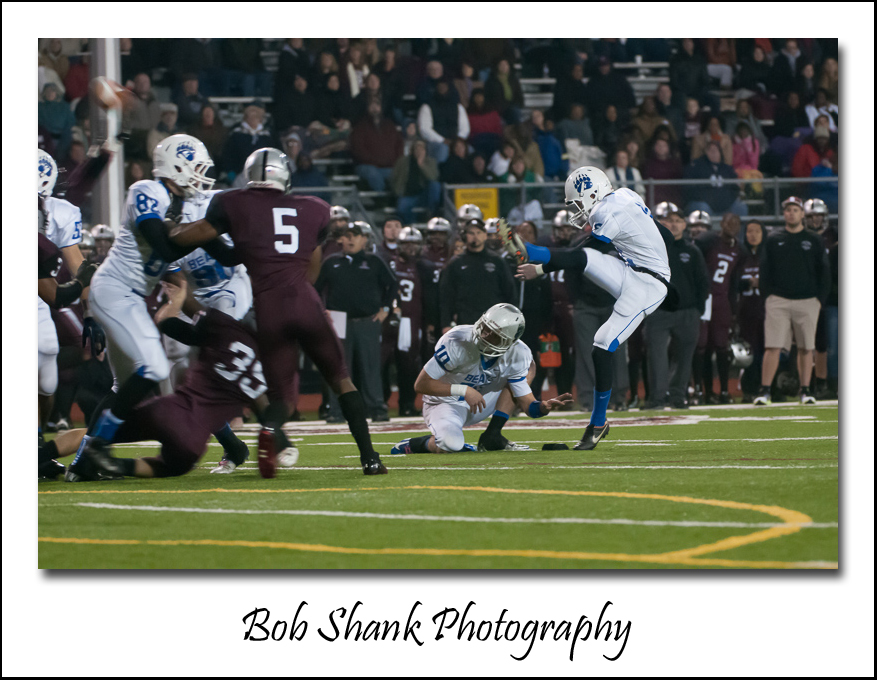 Stroudsburg was not finished though. They put together a final drive with hopes of getting into field goal range before time ran out. But Romeo had other plans. Just as his big reception started off the scoring for the evening’s rematch, an interception late in the fourth quarter stopped the scoring and the final drive. It was then just a matter of running a few plays for PV as time ran out. 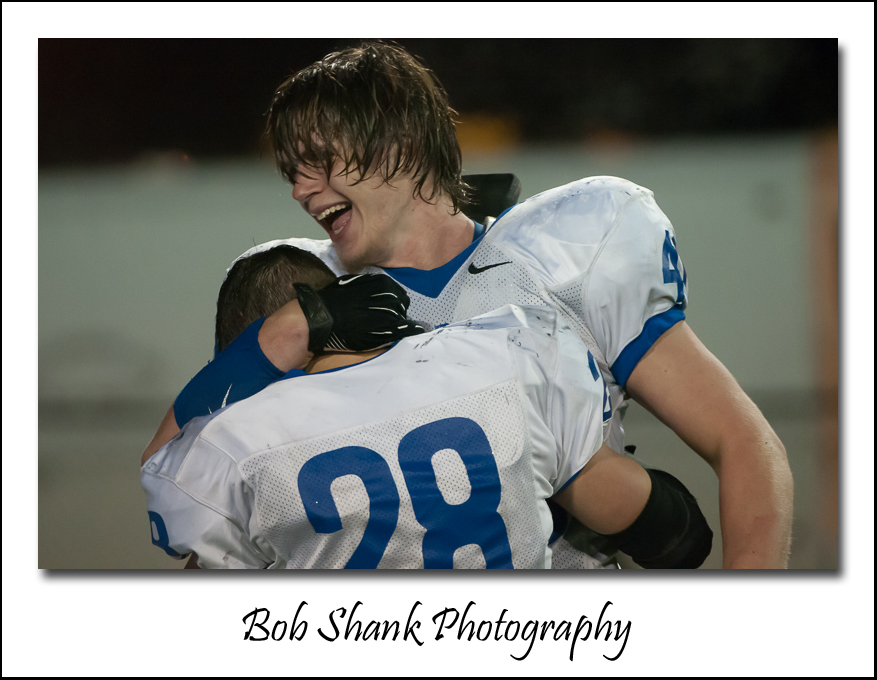 The scoreboard shows the vital statistics of a game, but it doesn’t tell the whole story. It does not, for example, show the preparation that goes into a game like this, nor does it show the hard work of each player on the line of scrimmage as they battle it out play after play. Still, the scoreboard does indicate the victor, and on this night PV would not be denied. The rematch was a thriller and lets PV continue playing deeper into the playoffs! You can view more photos of this game here. 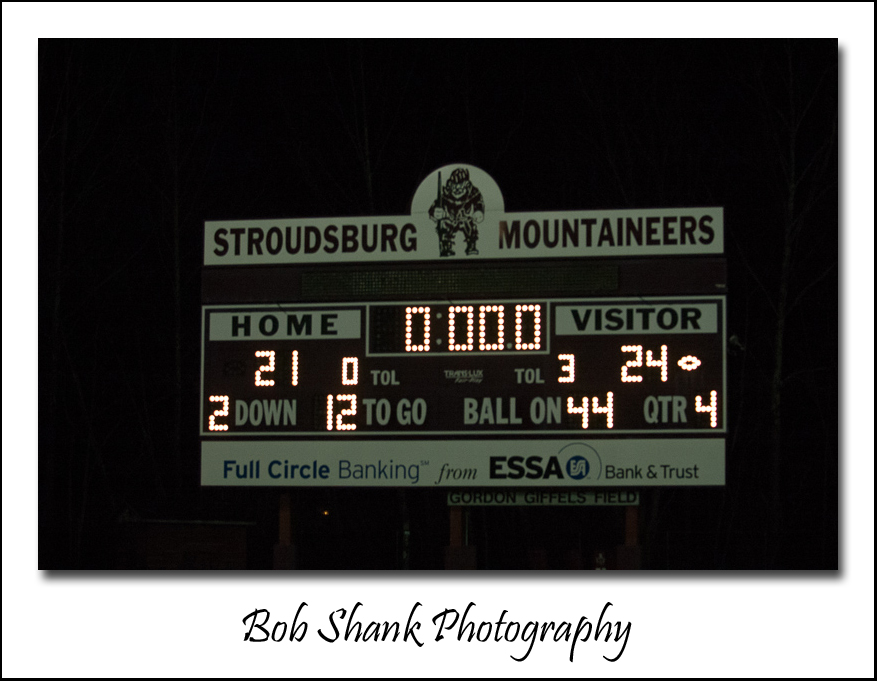