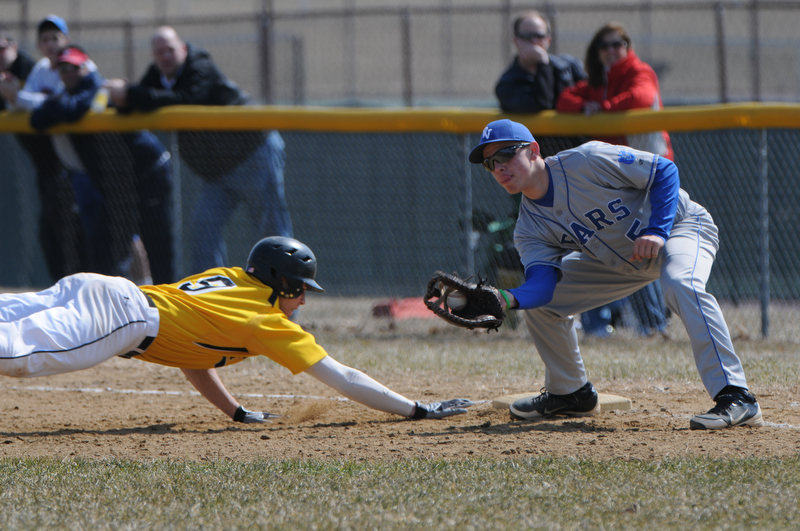 Baseball season is under way! The Pleasant Valley Bears traveled to Bethlehem to take on Freedom in the season opener. It was very windy, reminding us we are still in the ides of March, but it was a great day for baseball!

The Bears struck first and the game see-sawed back and forth inning after inning. This was the very first day PV was on the diamond because the winter weather still has a grip on their field in Brodheadsville. 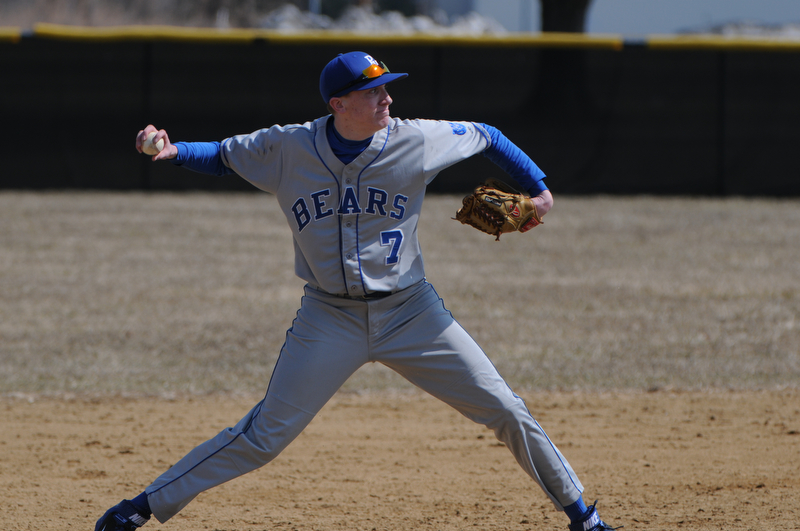 The game showed much promise for the team and competing with a Lehigh Valley team on the first game of the season is always a great way to start! The new, young players stepped up to the plate, Brendan Kearns hit a home run over the right field wall, and the players worked together to score 4 runs on three hits. Good, patient at-bats helped in the nip-n-tuck game. 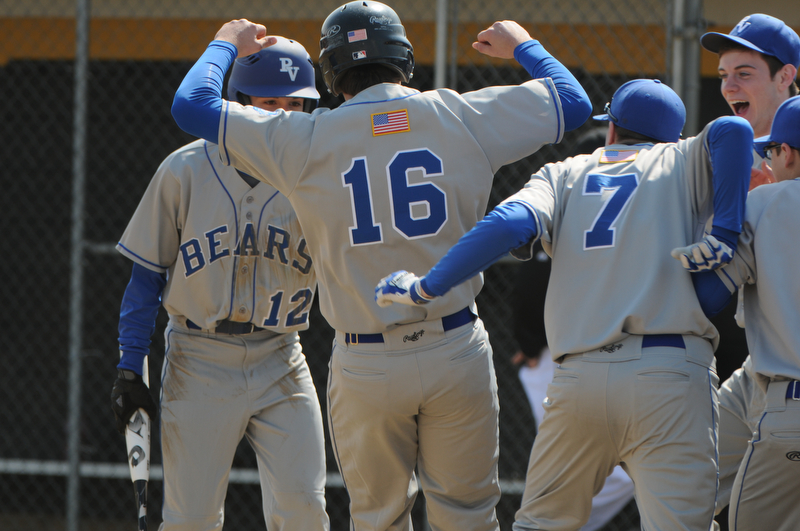 Yep, baseball season is now underway, and PV showed it will be an exciting season to be sure! 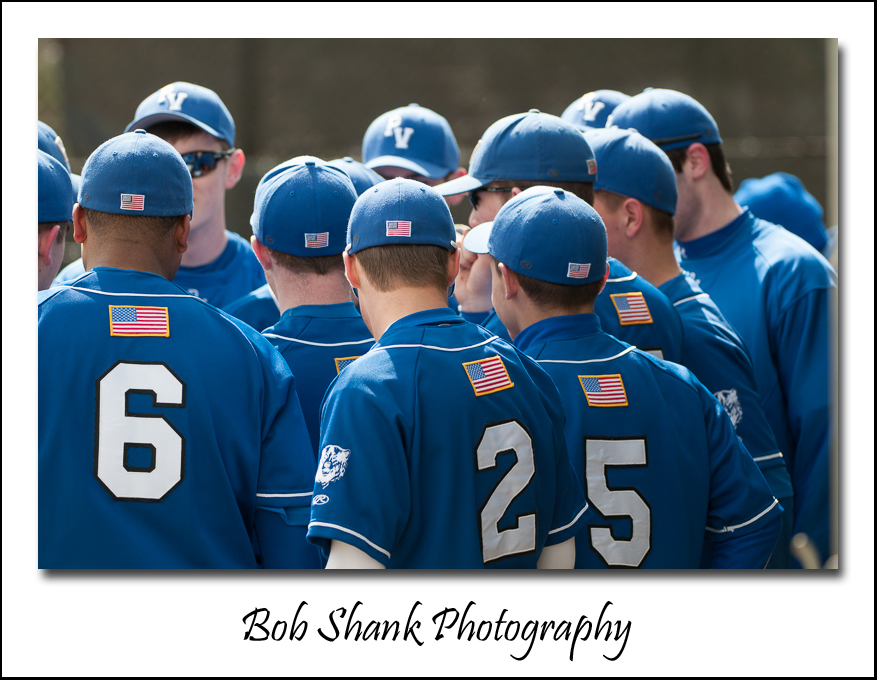 Opening Day of the Pleasant Valley Baseball Season took place today at Freedom High School in Bethlehem, PA. The wind was blustery and cold, but there was excitement in the air as the 2013 Baseball Season got under way! 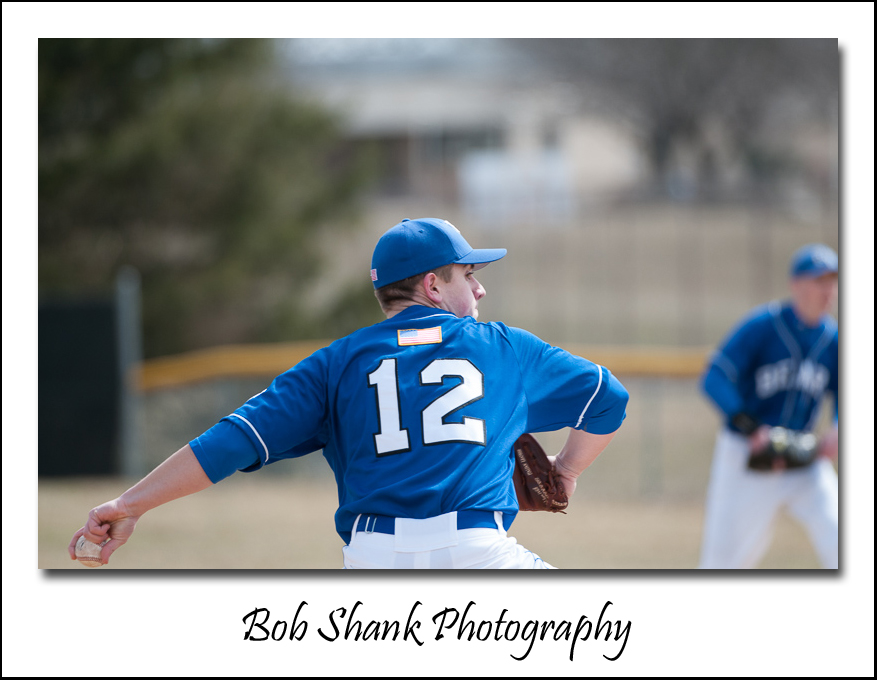 Howie Stevens took the mound for the PV Bears. The senior pitcher mixed it up with fast balls, curves, and change ups. He provided a very solid performance for the first game of the season and went the distance! 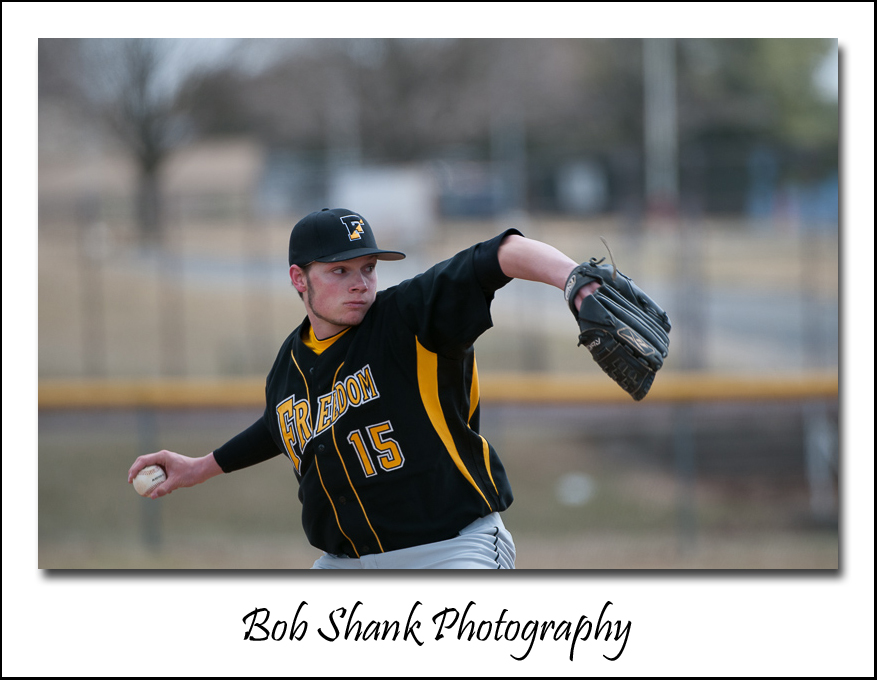 Dylan Frankenfield took the mound for Freedom and also pitched a great game! He overcame a slight defensive problem in the first inning and pitched out of the trouble. His complete game was very solid, too! 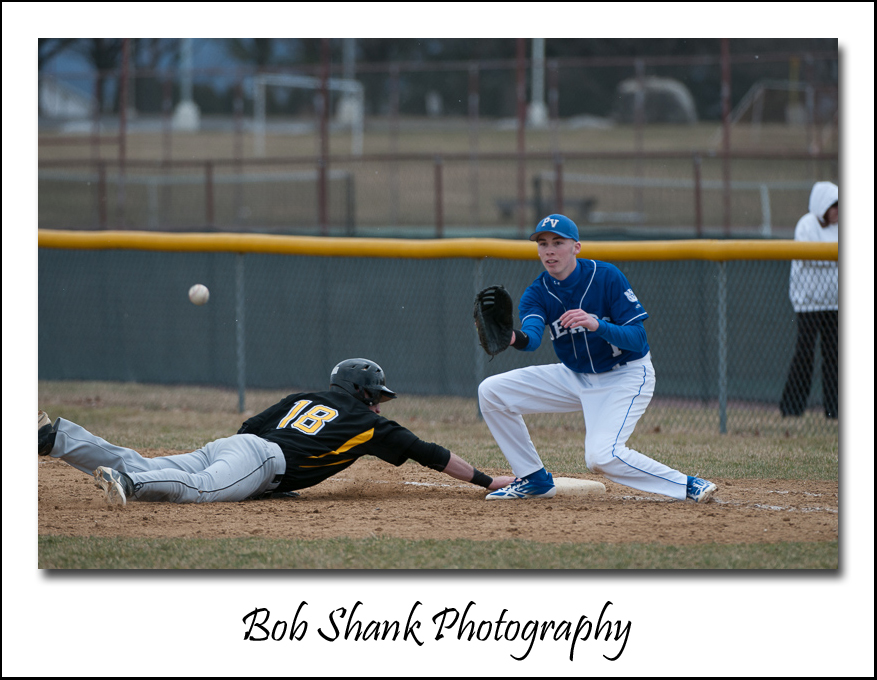 The game was scoreless through three innings. Then Freedom put together a good inning when PV committed a few errors. Freedom mixed in some well-placed hits and scored three runs to take the lead. 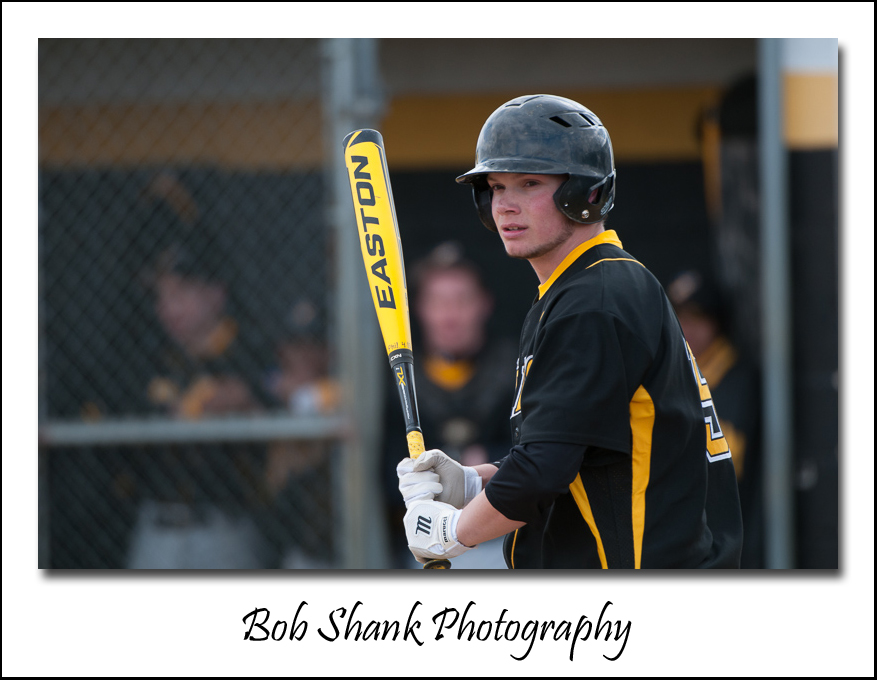 Frankenfield came to the plate later in the game and hit an rbi single to go up 4-0. 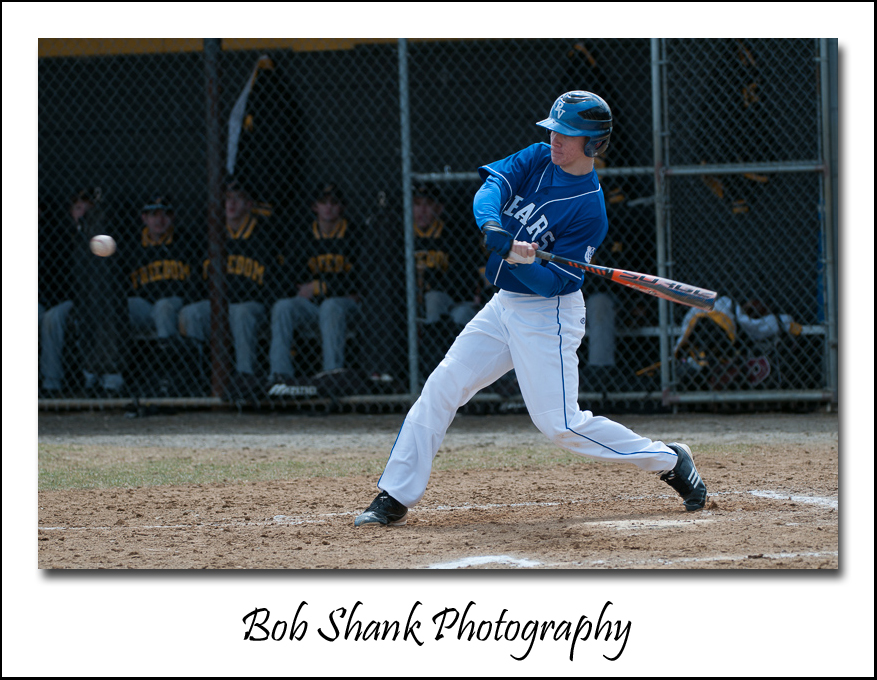 PV made a valiant effort in the bottom of the last inning to make a sizable threat. Hits by Stevens, Hrbek and Domenici helped to put a crooked number up with only one out in the inning! 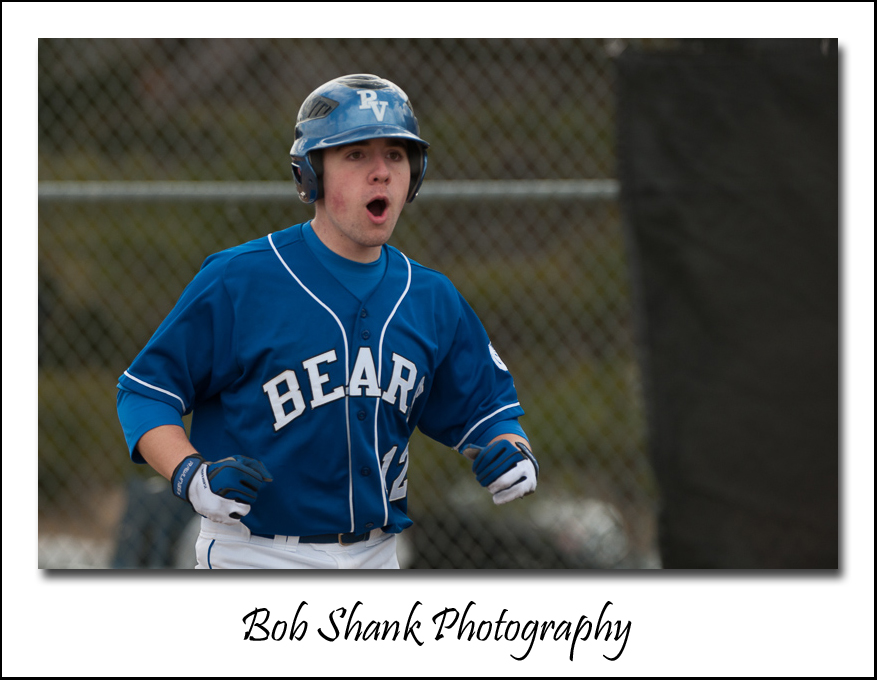 The Bears produced three runs to make it a one-run game. What an exciting Opening Day for both teams! 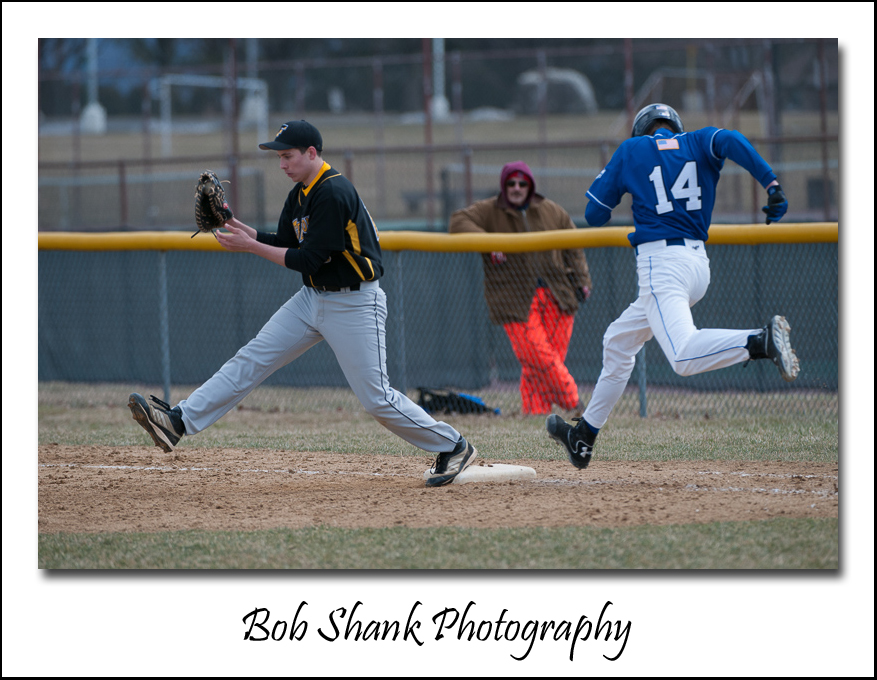 To view more photographs from today’s game click on the following links:

We had the opportunity to tour topside on the USS Wisconsin this past Saturday and my son and I had a ball!

Of course, I had my camera out the whole time taking photos. We no sooner parked the truck when we saw a great angle of the ship from our vantage point in the parking deck. Then as we walked closer I was absolutely amazed at the view of the ship from straight on. We learned that this battleship is 108 feet wide because the Panama Canal is 110 feet wide so this ship will just fit. But I have to say, looking at the ship from straight on sure makes for an interesting and somewhat strange sight!

This battleship was originally designed to carry about 1,800 crewmen, but that was increased to just over 2,900 crewmen. This resulted in some extremely tight quarters and sleeping arrangements. Most of us do not realize the many sacrifices made by the men and women who serve our country in the armed forces. We are one very fortunate country and owe a huge debt of gratitude to those who are willing to sacrifice so much to protect our freedom.

Thank you from the bottom of my heart to all who serve this great country. I for one appreciate it immensely!