Michigan Moves on to Boston!

This weekend I had the privilege of photographing the NCAA Men’s Ice Hockey Regional in Allentown, PA. It all came down to Sunday’s final between Michigan and Quinnipiac. And what a game it was! Michigan drew first blood and scored an early goal. 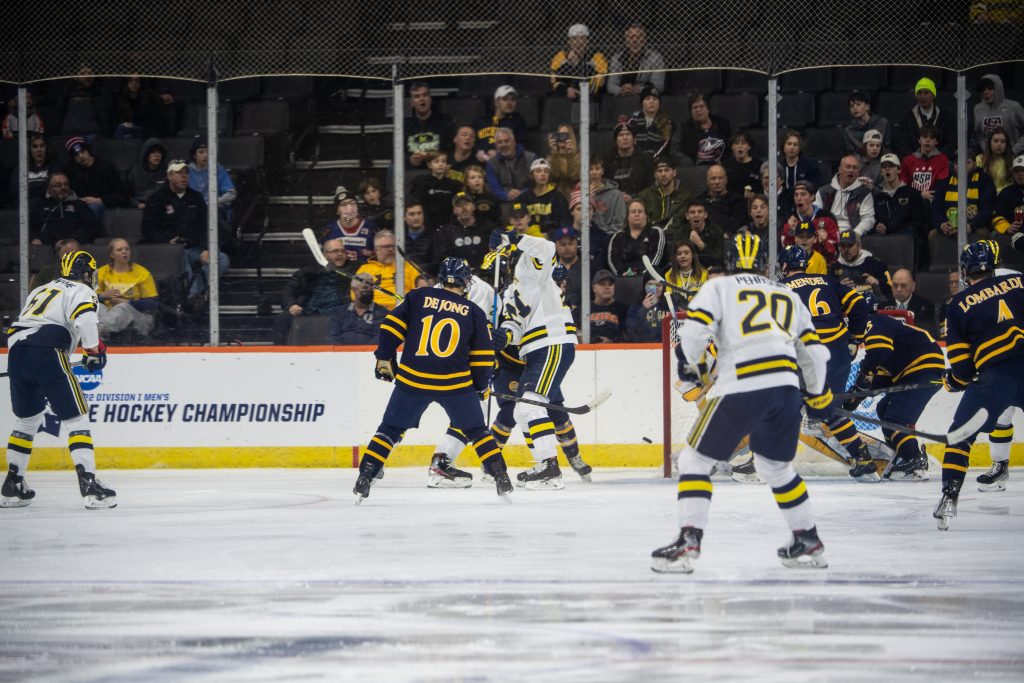 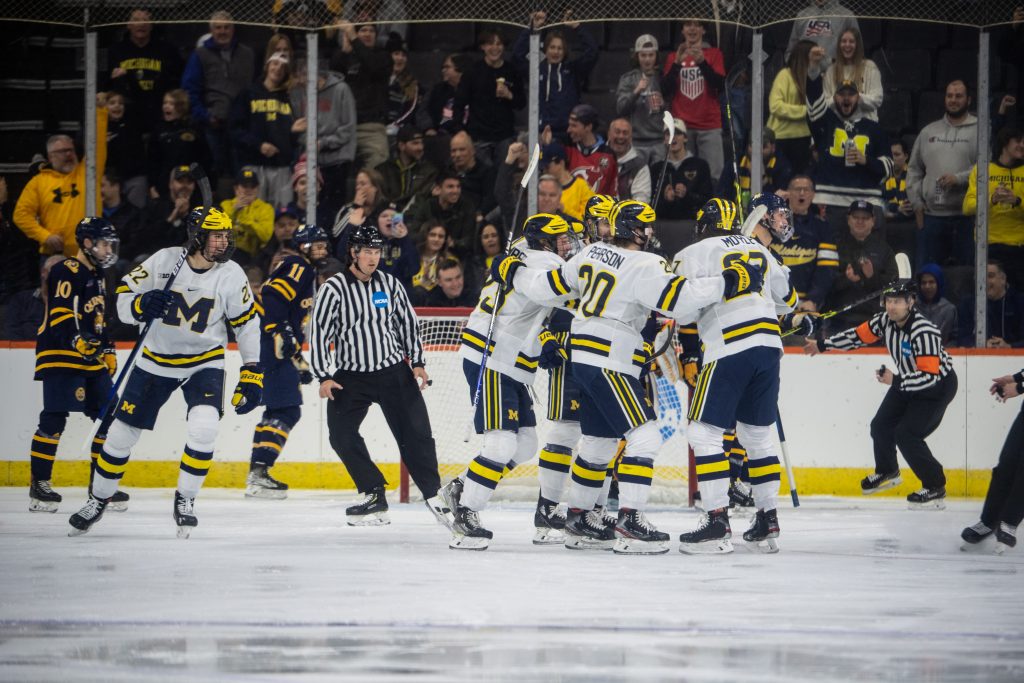 The Blue kept the pressure on the entire first period and scored a second goal. 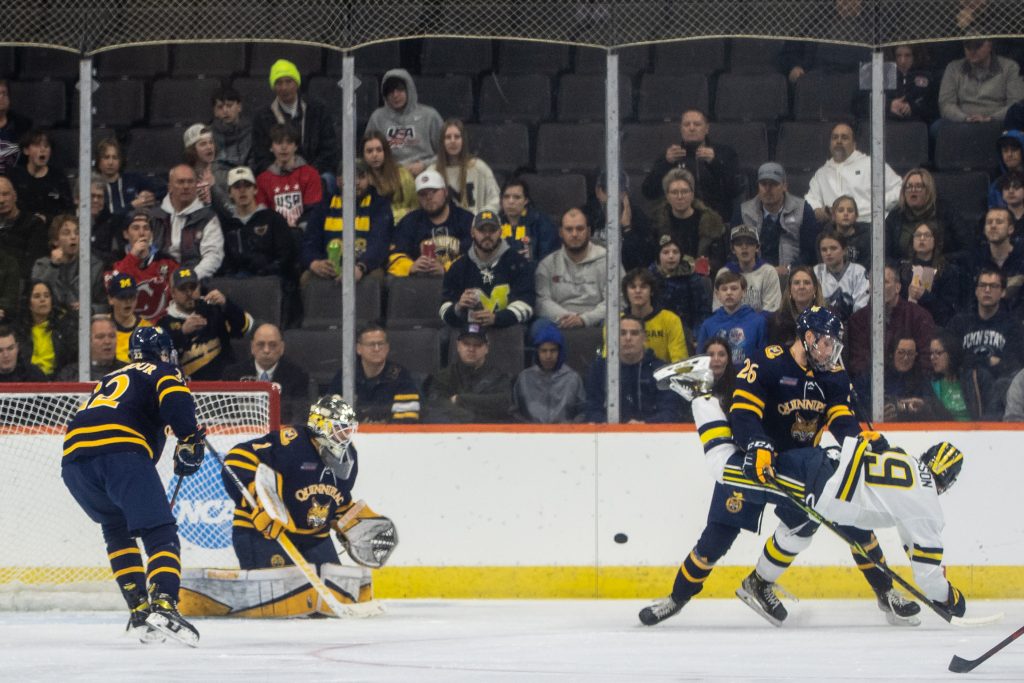 The second period was more of the same — Michigan pressure and two more scores. 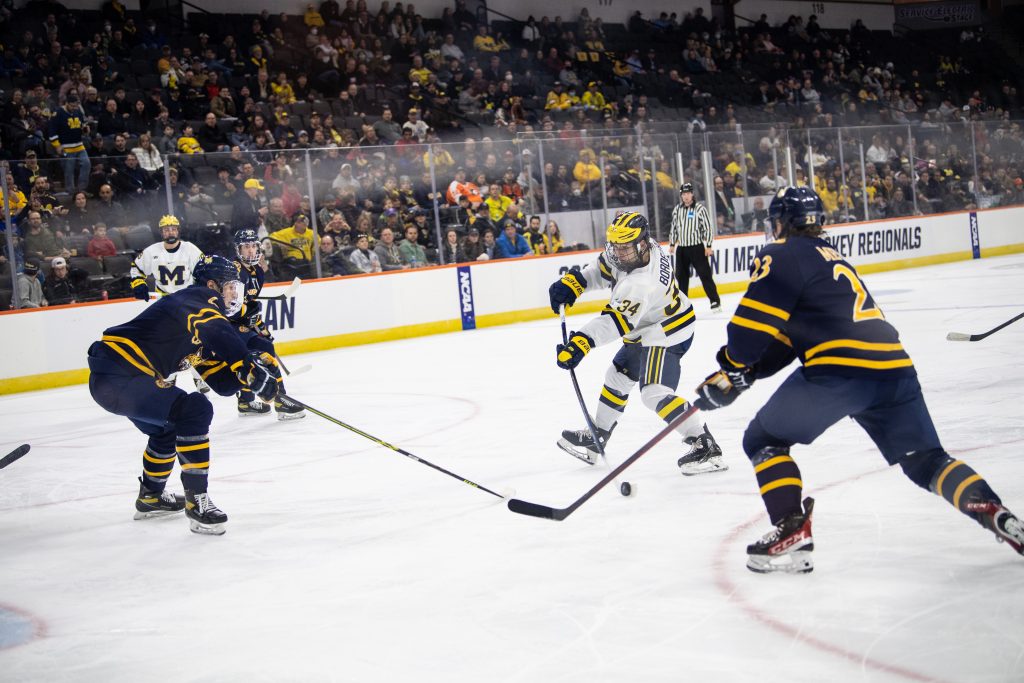 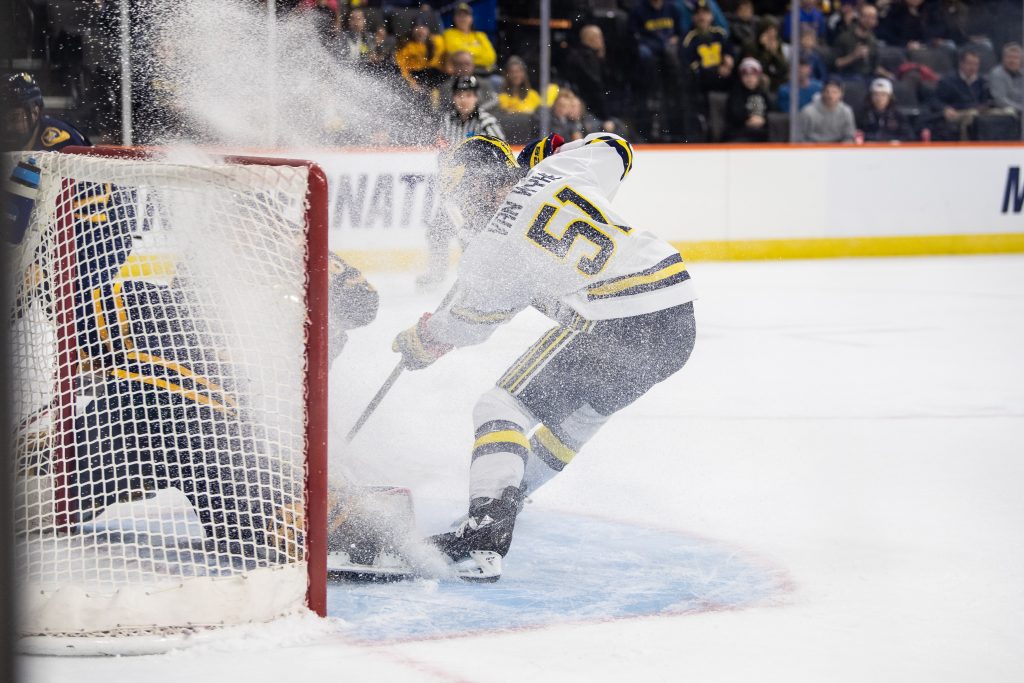 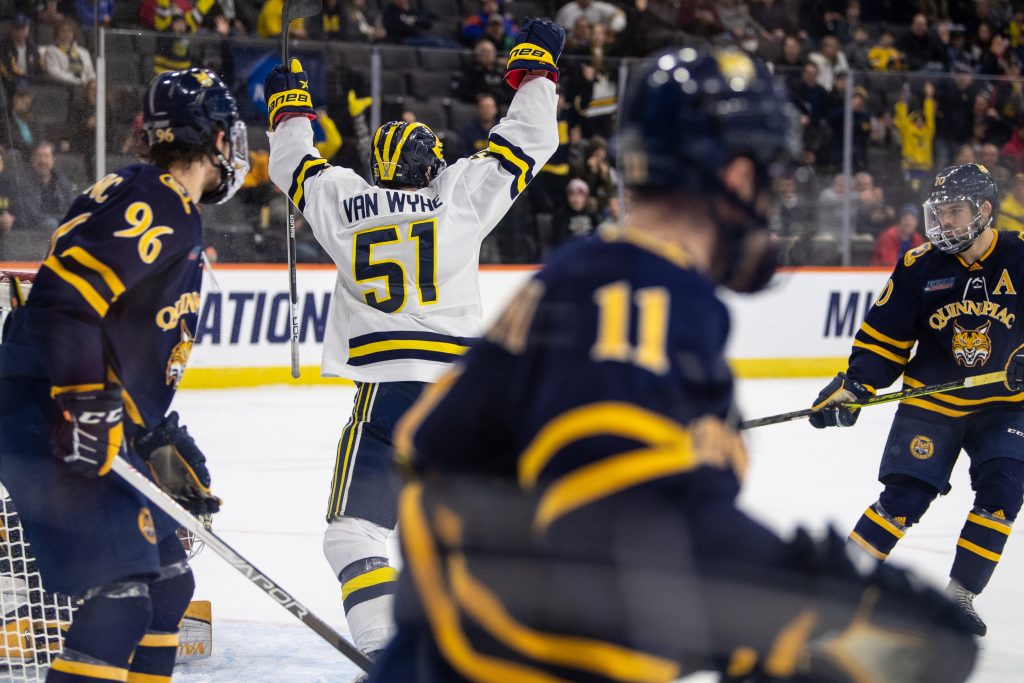 The third and final period was a different story. Quinnipiac did not quit and came back with a frenzy of activity and pressure scoring three goals! 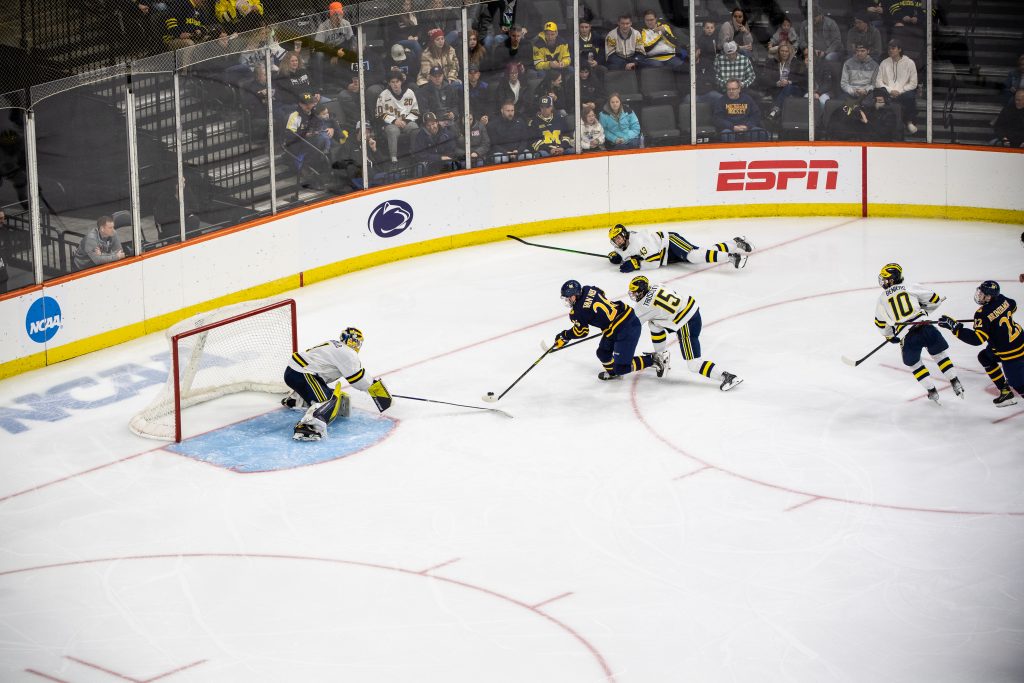 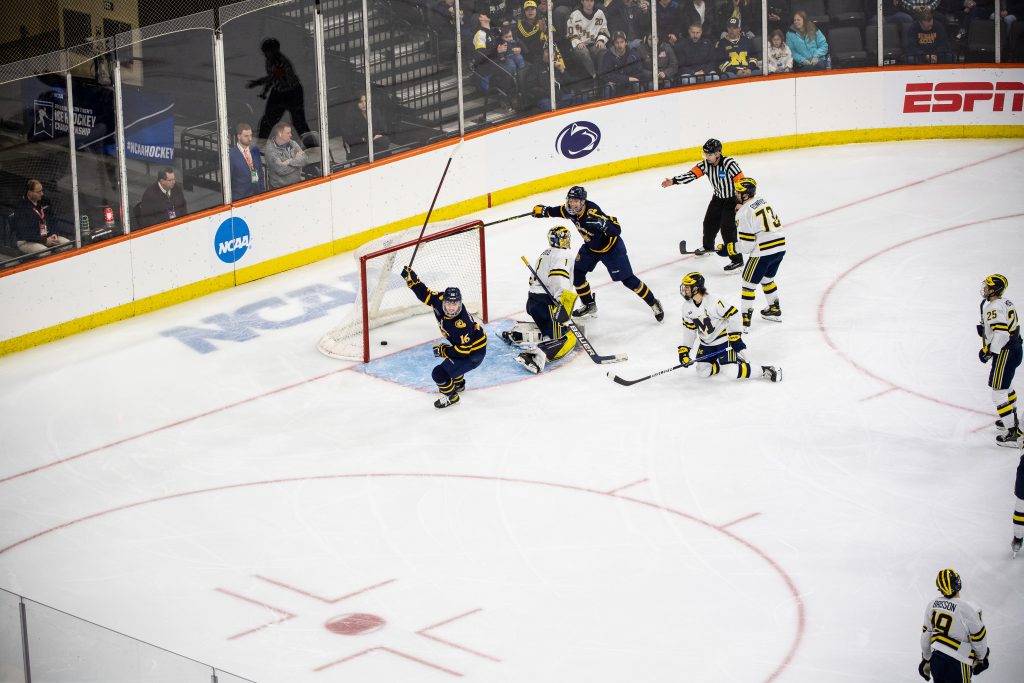 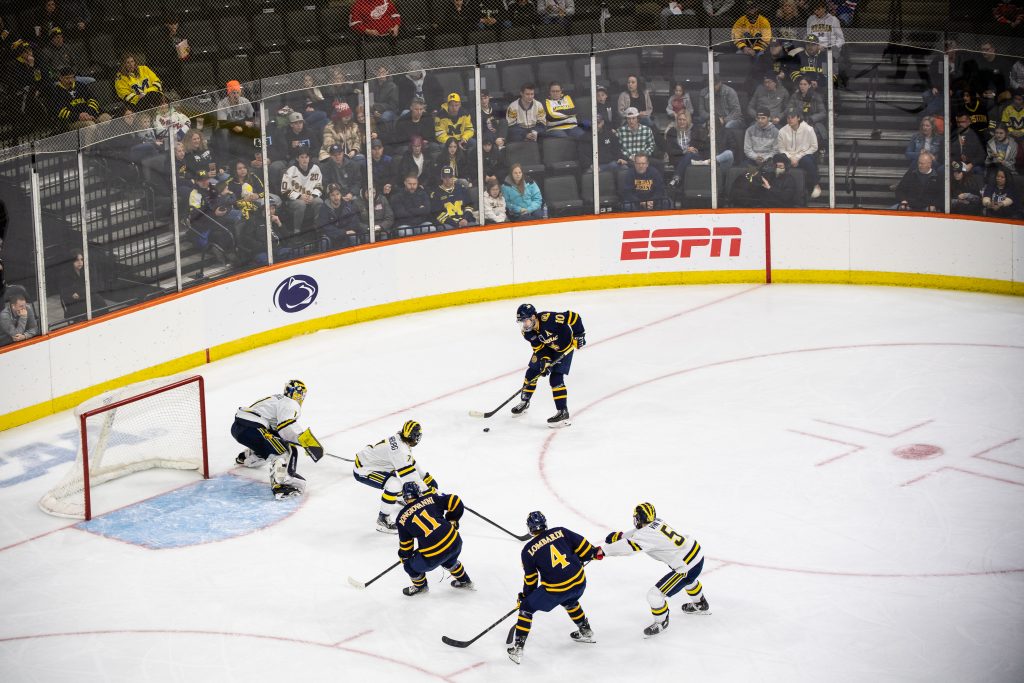 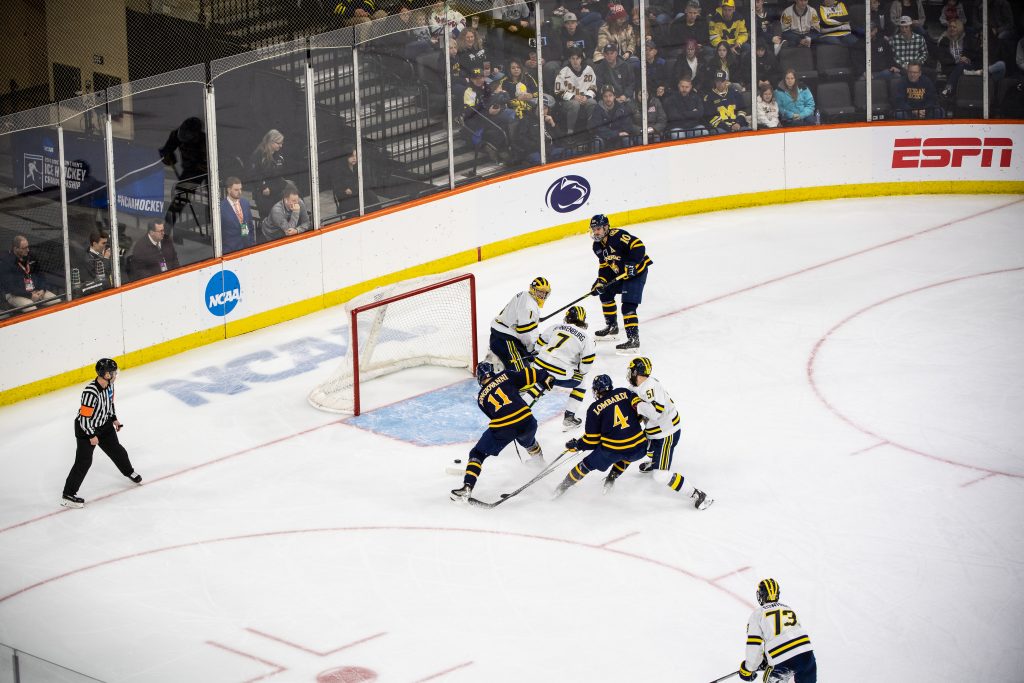 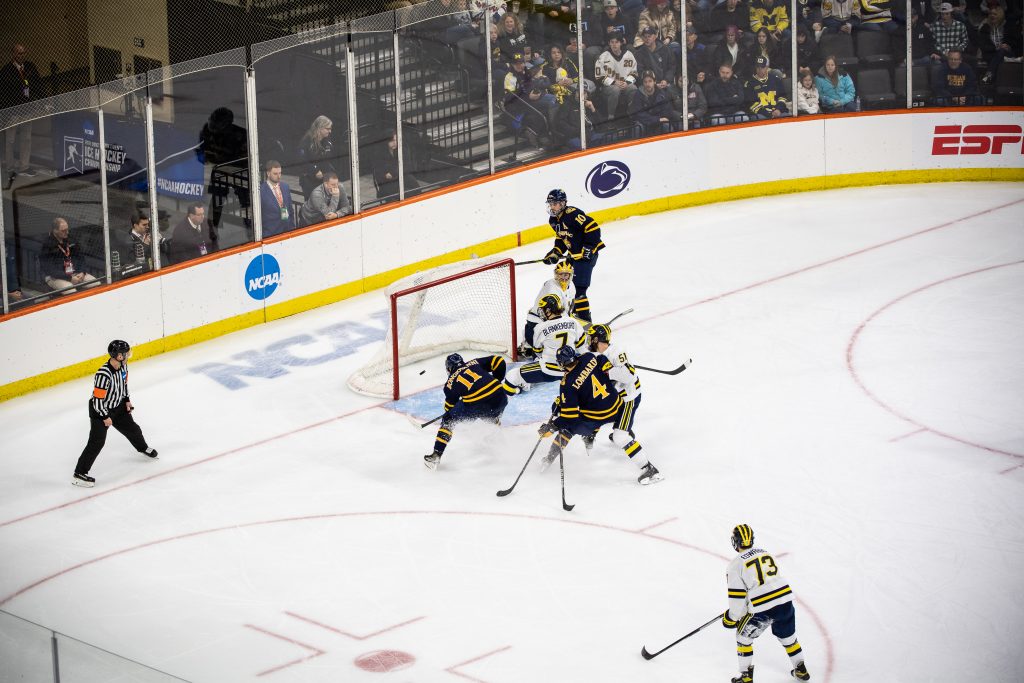 In an incredible act of confidence and courage, Quinnipiac pulled their goalie to keep the pressure going! 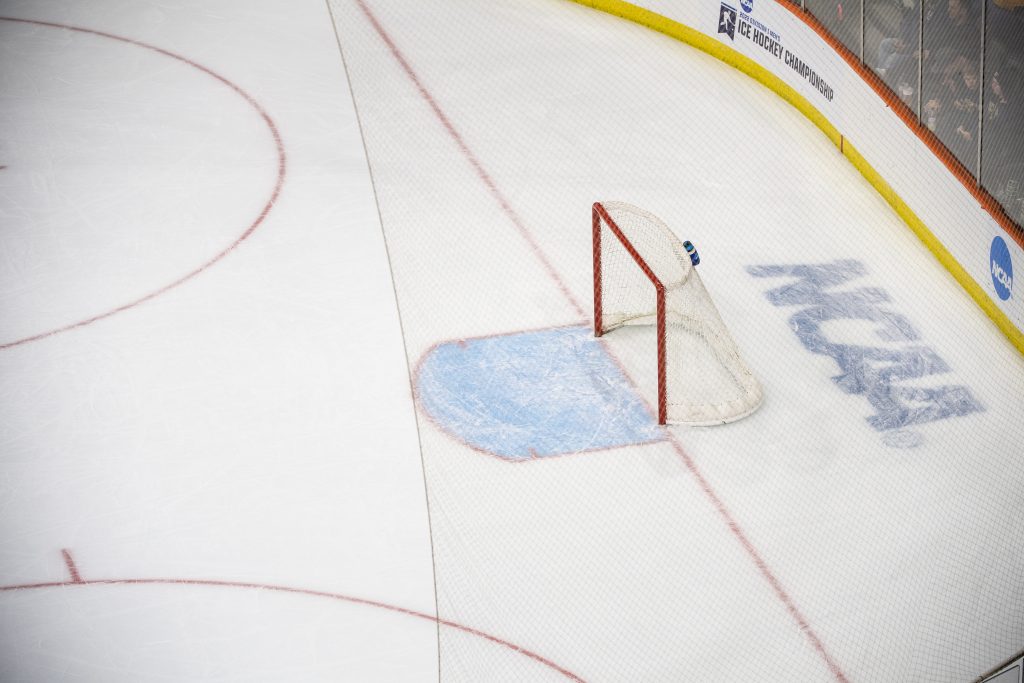 But Michigan stood tall and countered the pressure, scoring an empty-net goal. 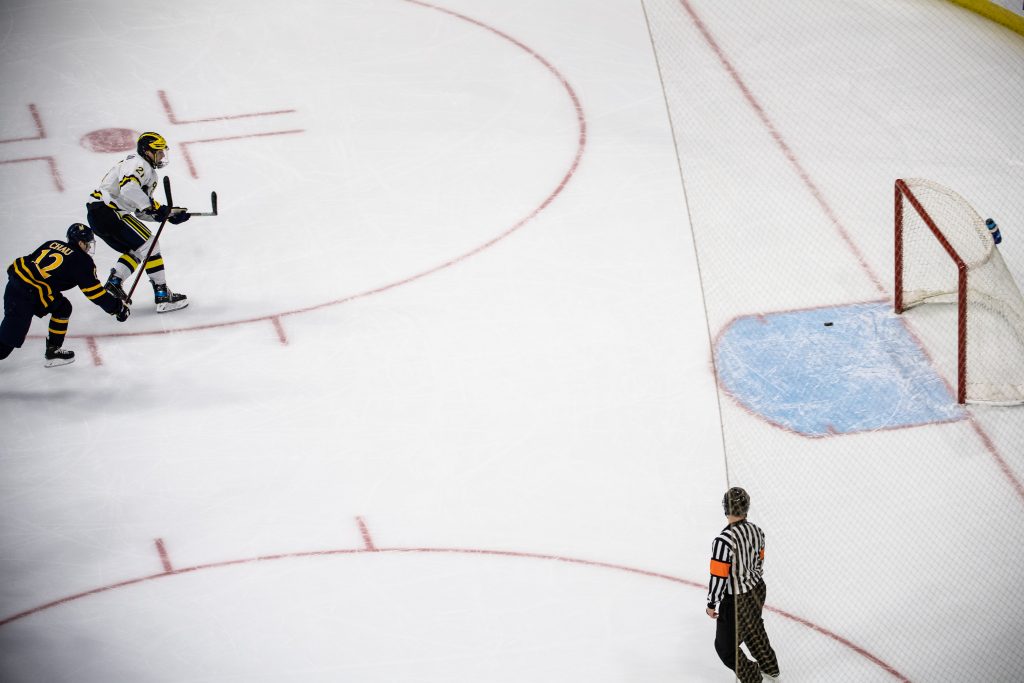 But the excitement and scoring was not over yet! 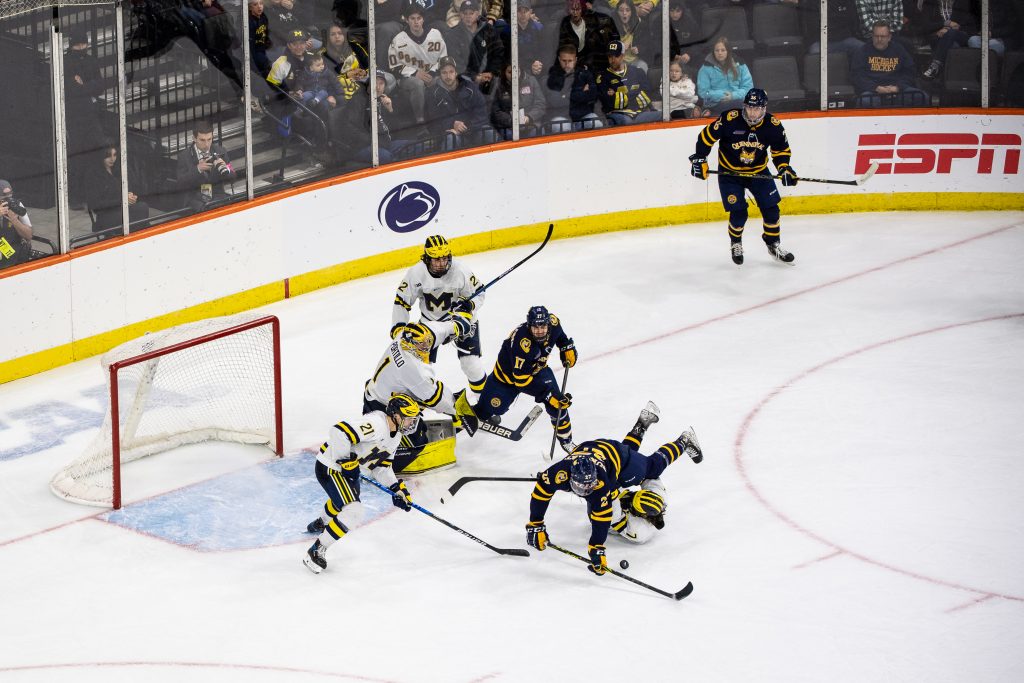 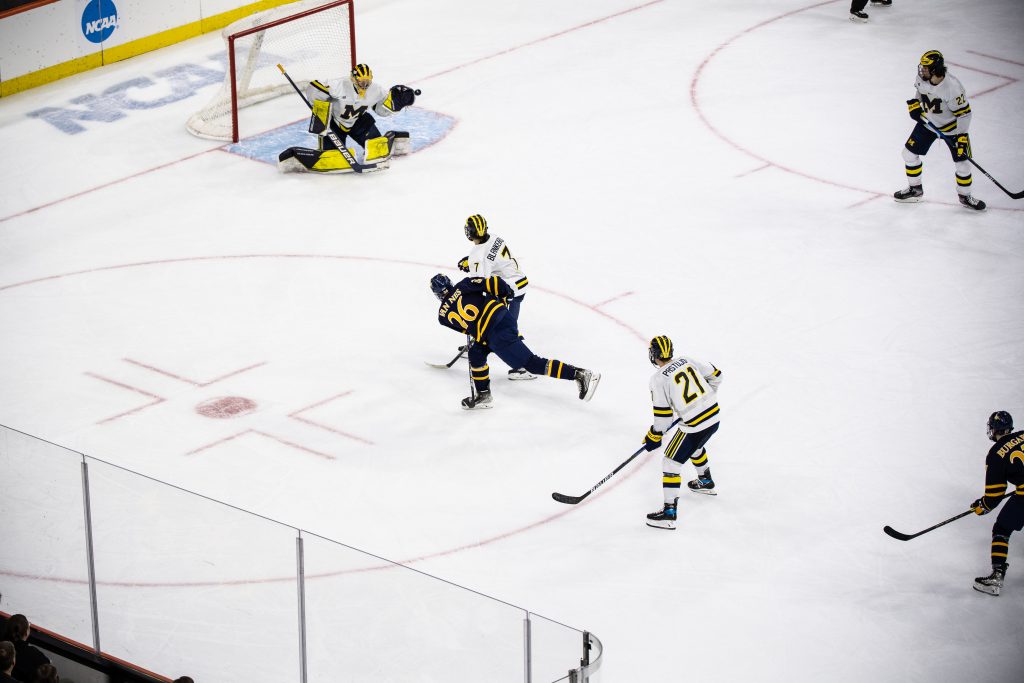 Michigan capped off an incredibly exciting victory 7-4 and moves on to the Frozen Four in Boston! 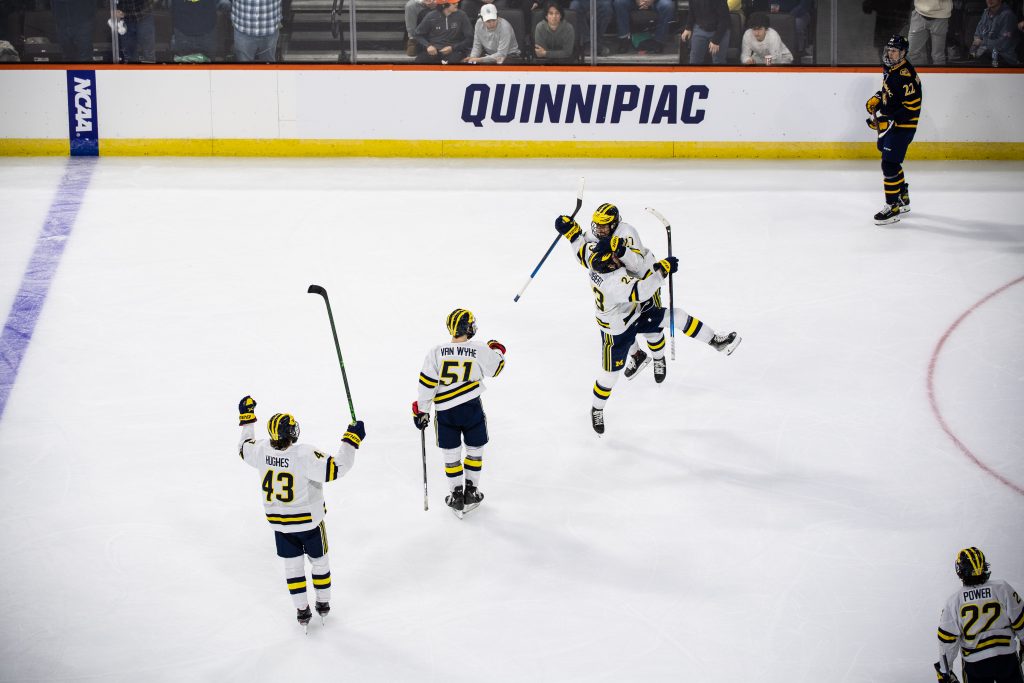 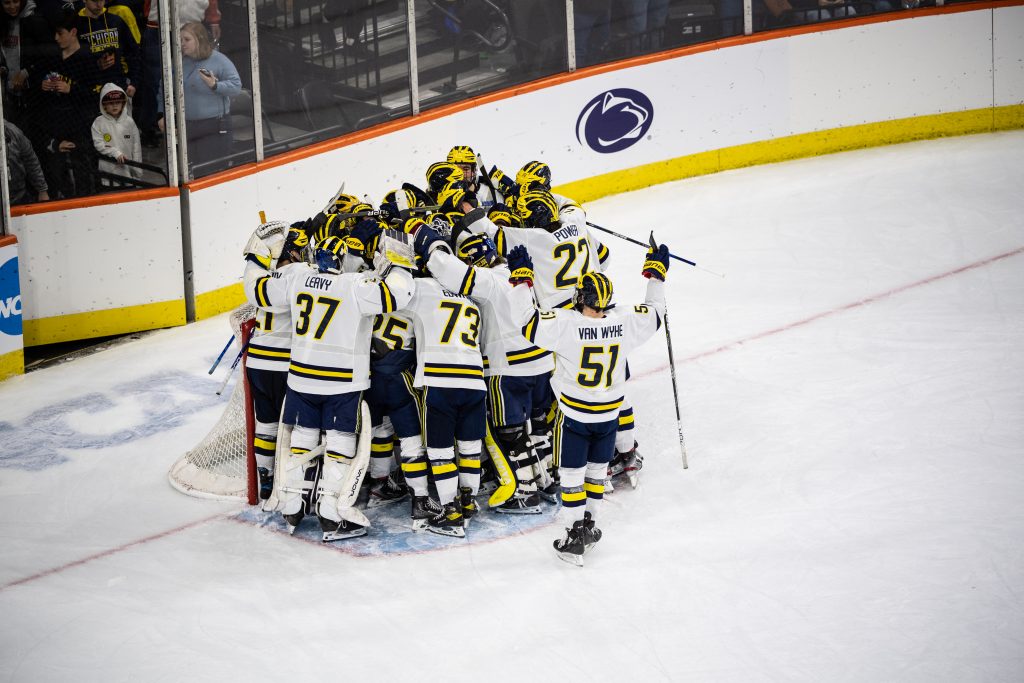 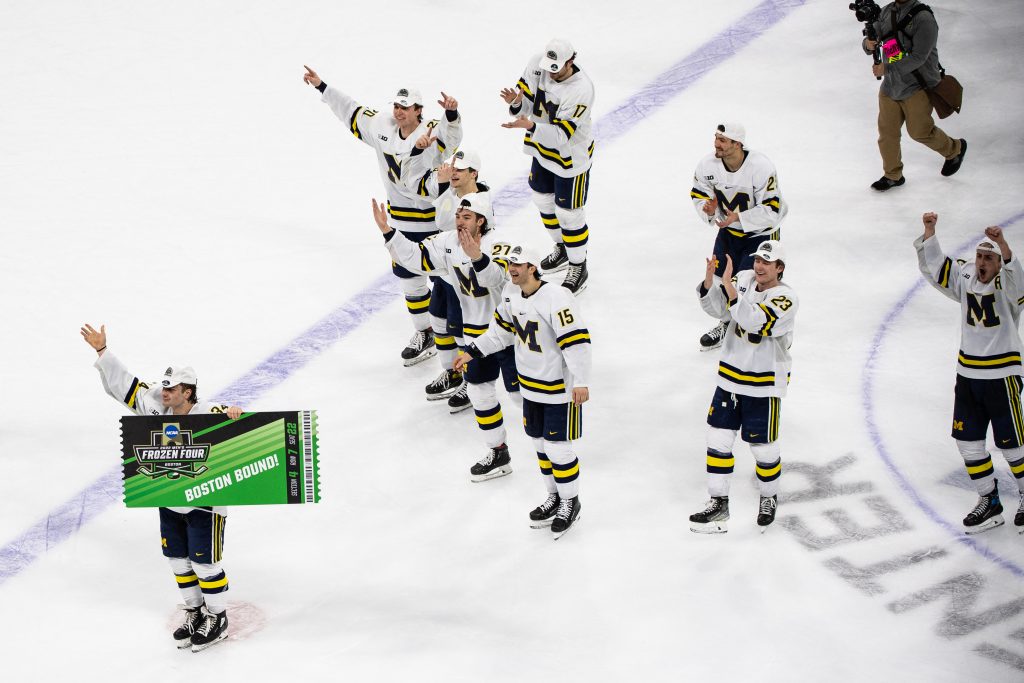