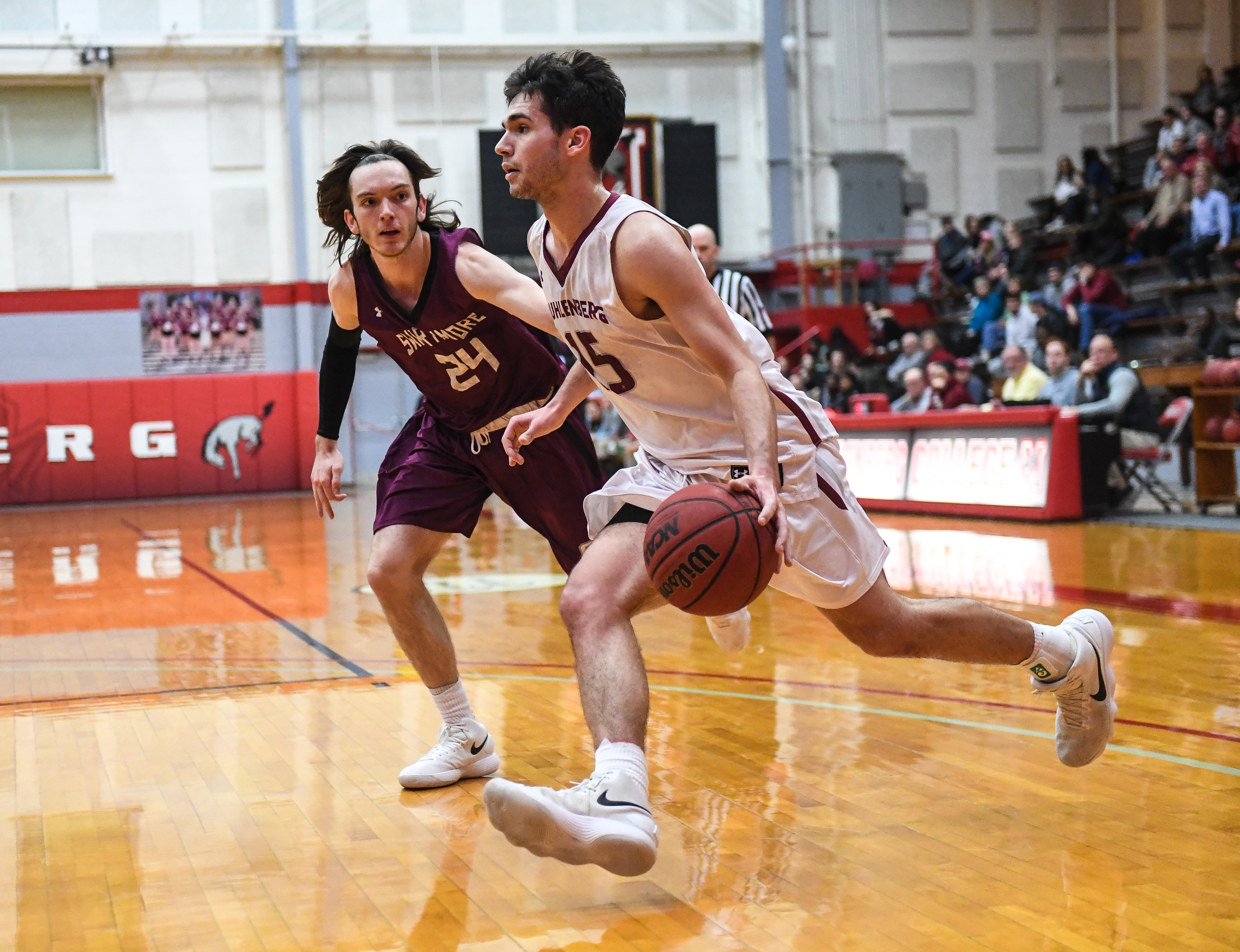 The Muhlenberg Mules kicked it up a notch to defeat Swarthmore in overtime on Wednesday night at Memorial Hall. In the photo above, Nick Rindock (#15) drives to the basket. 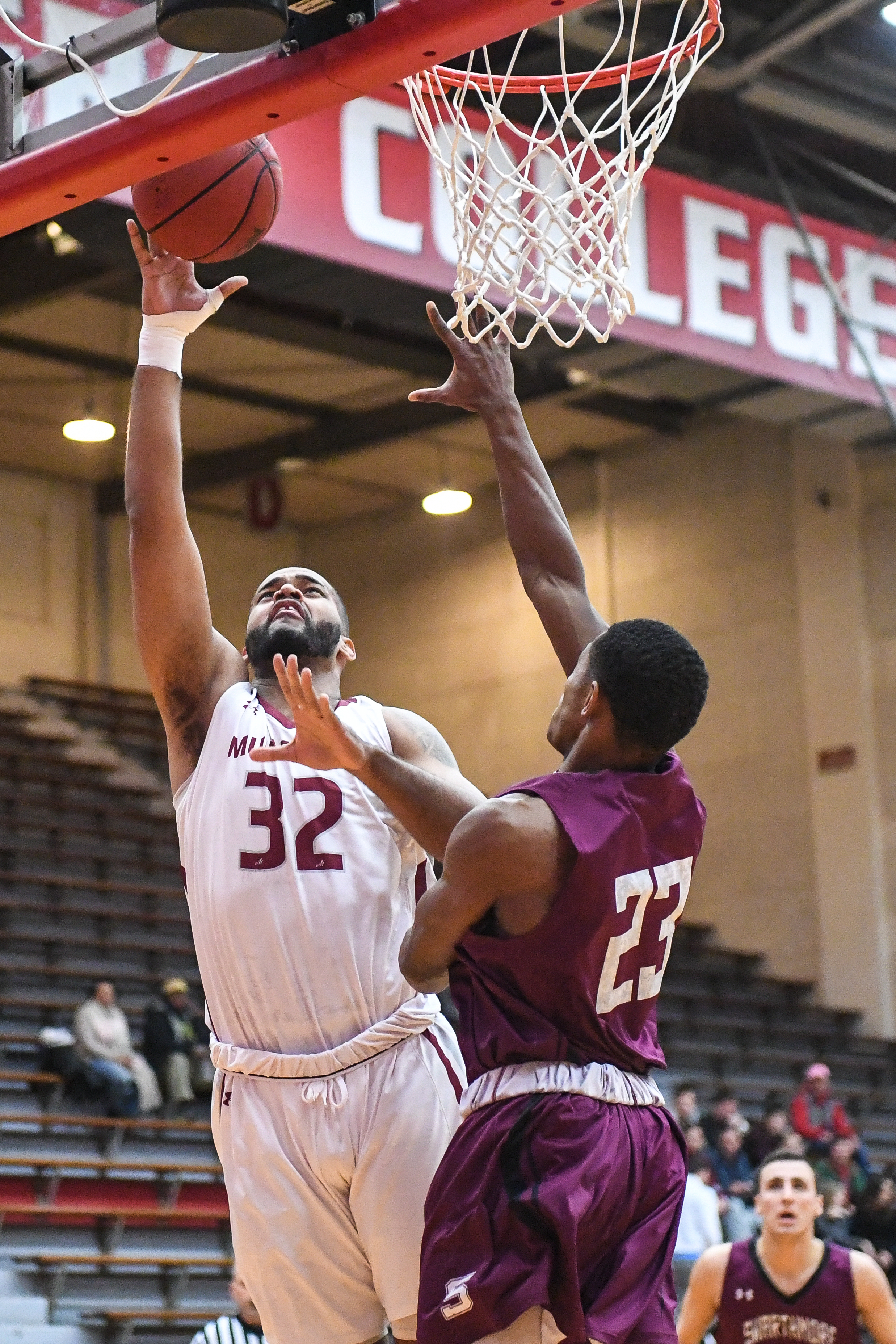 JeanLee Baez makes a layup early in the game. 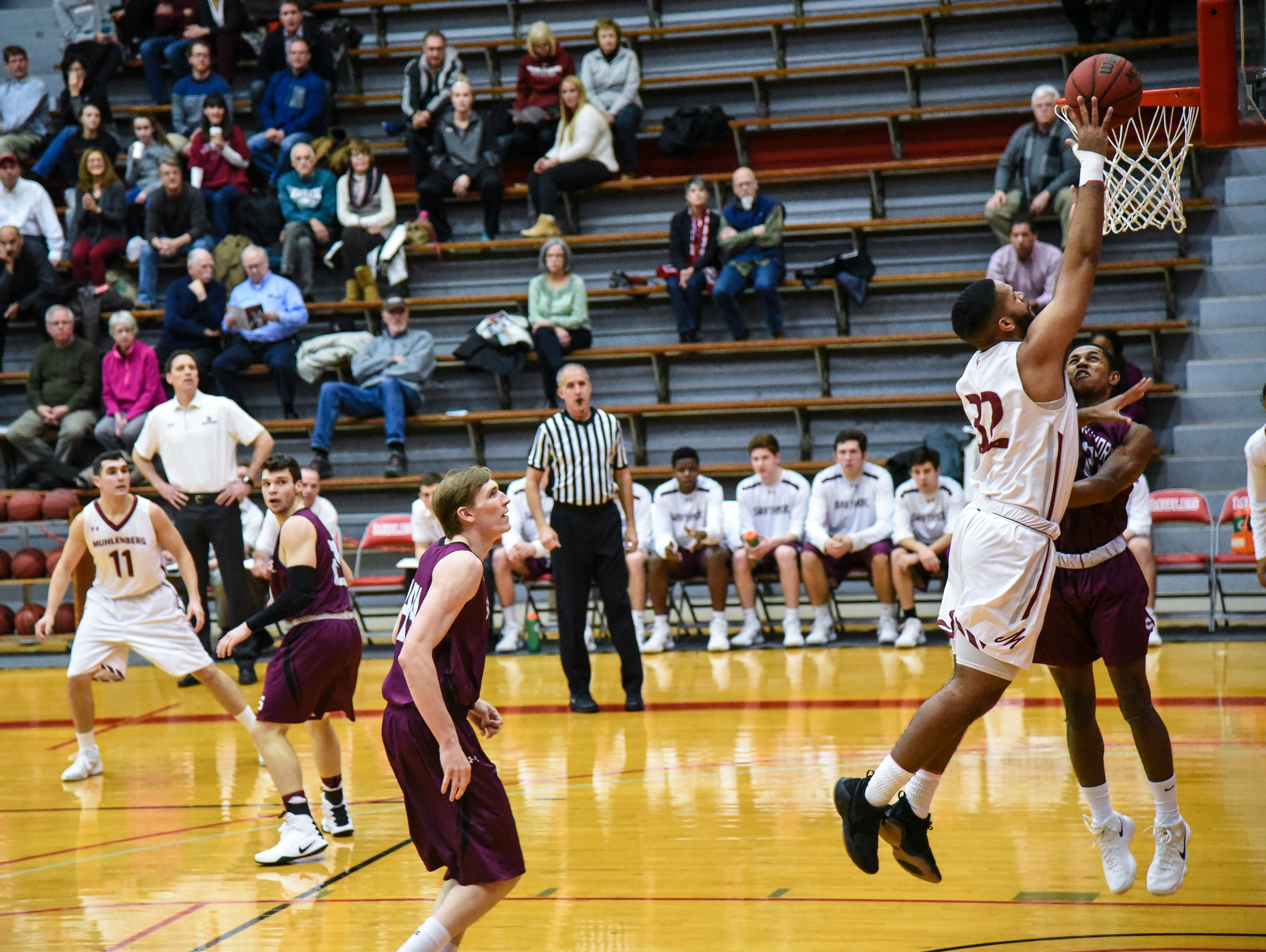 Another view of Baez’s same layup. 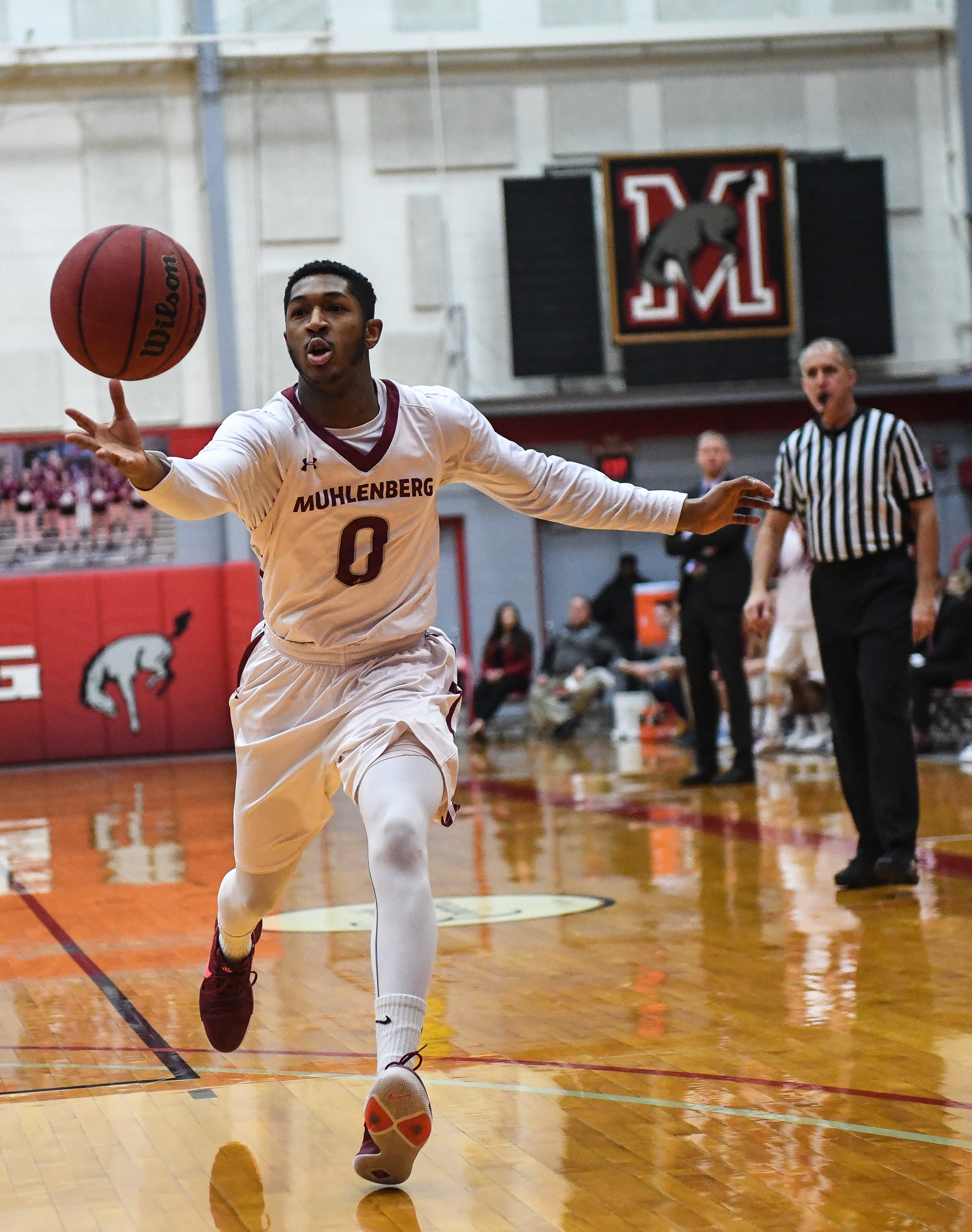 Owen McLeod receives a pass from a teammate. 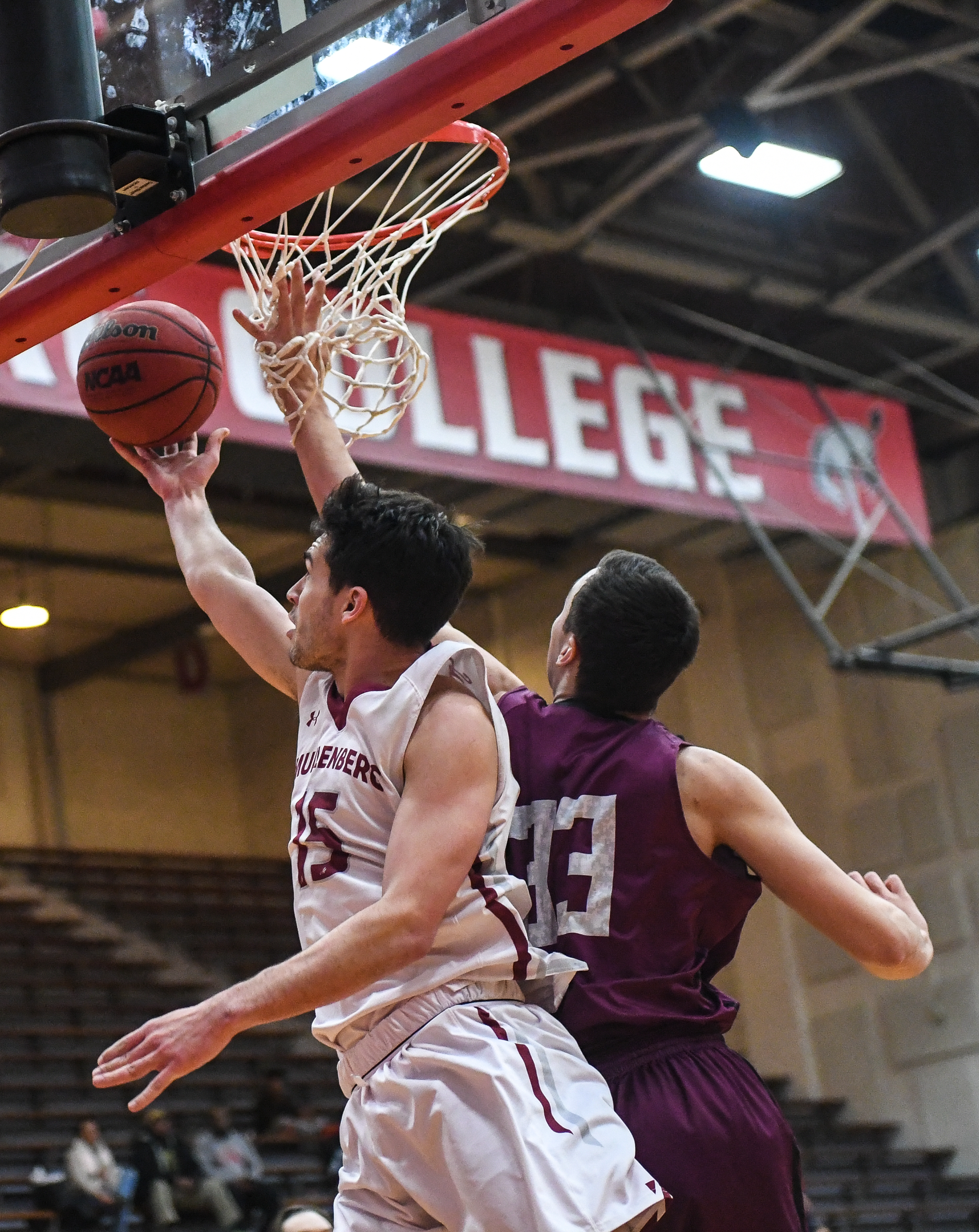 Nick Rindock goes up for a reverse layup. 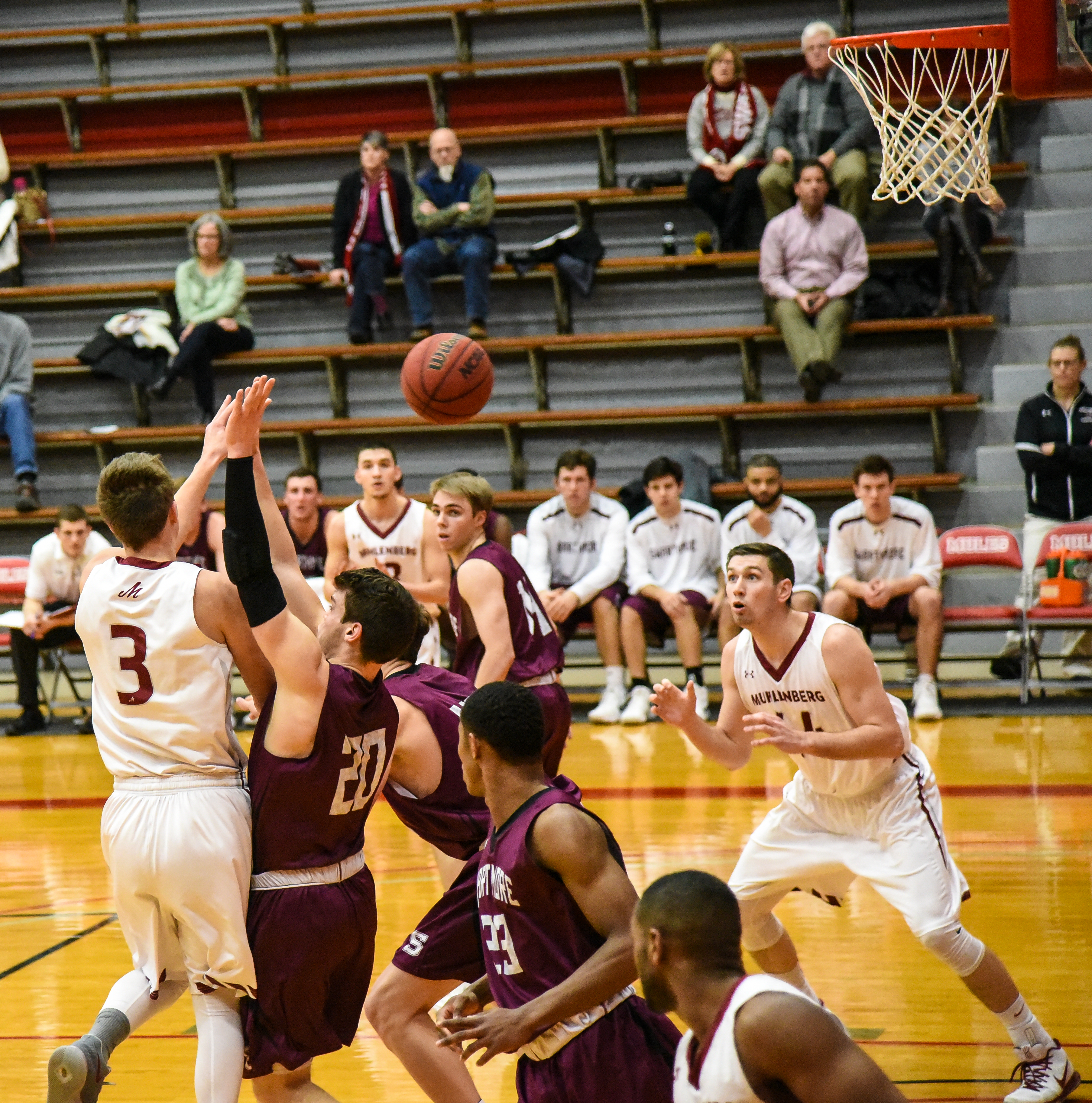 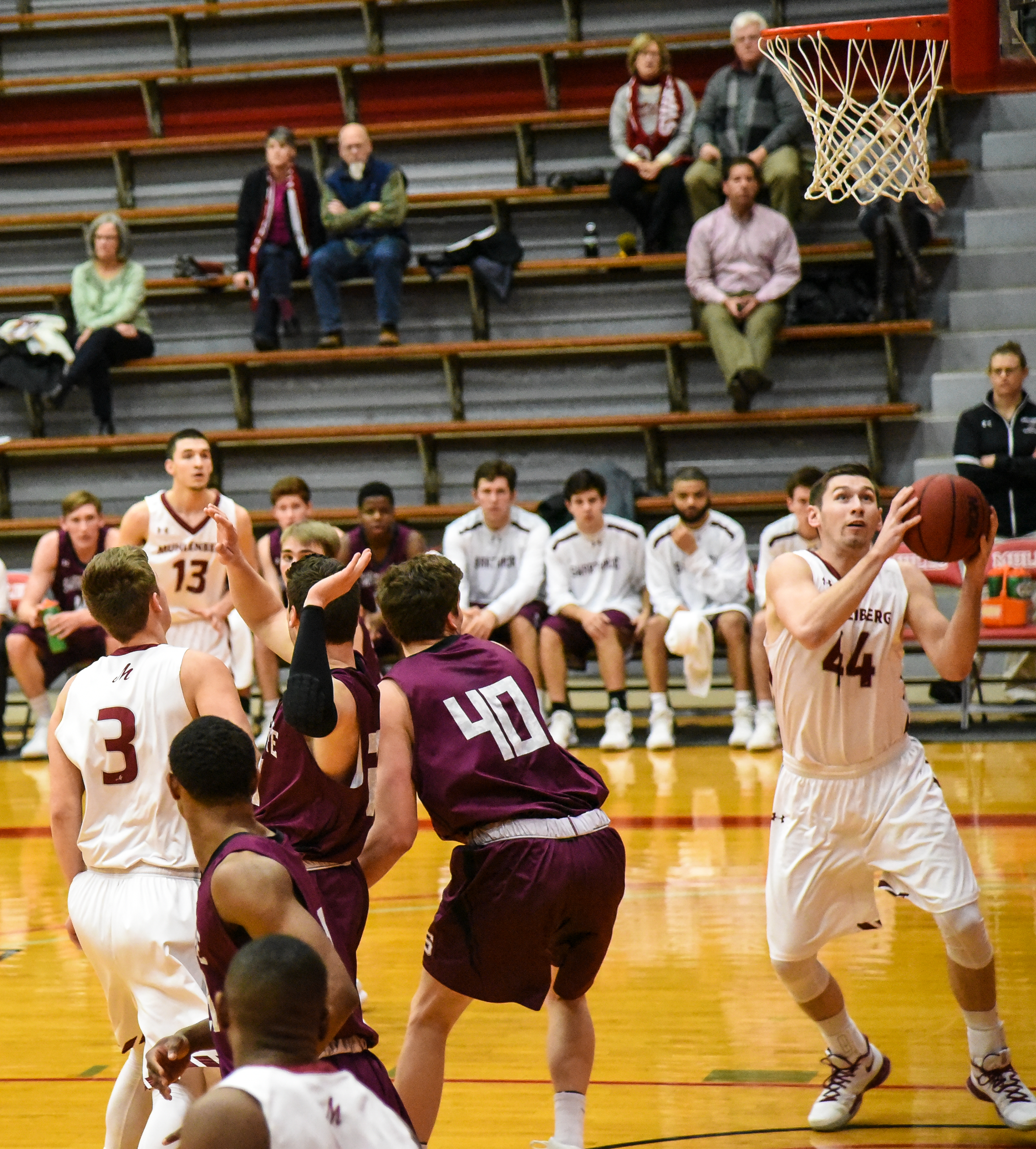 Alex Mitton (#44) receives the pass and scores an easy two. 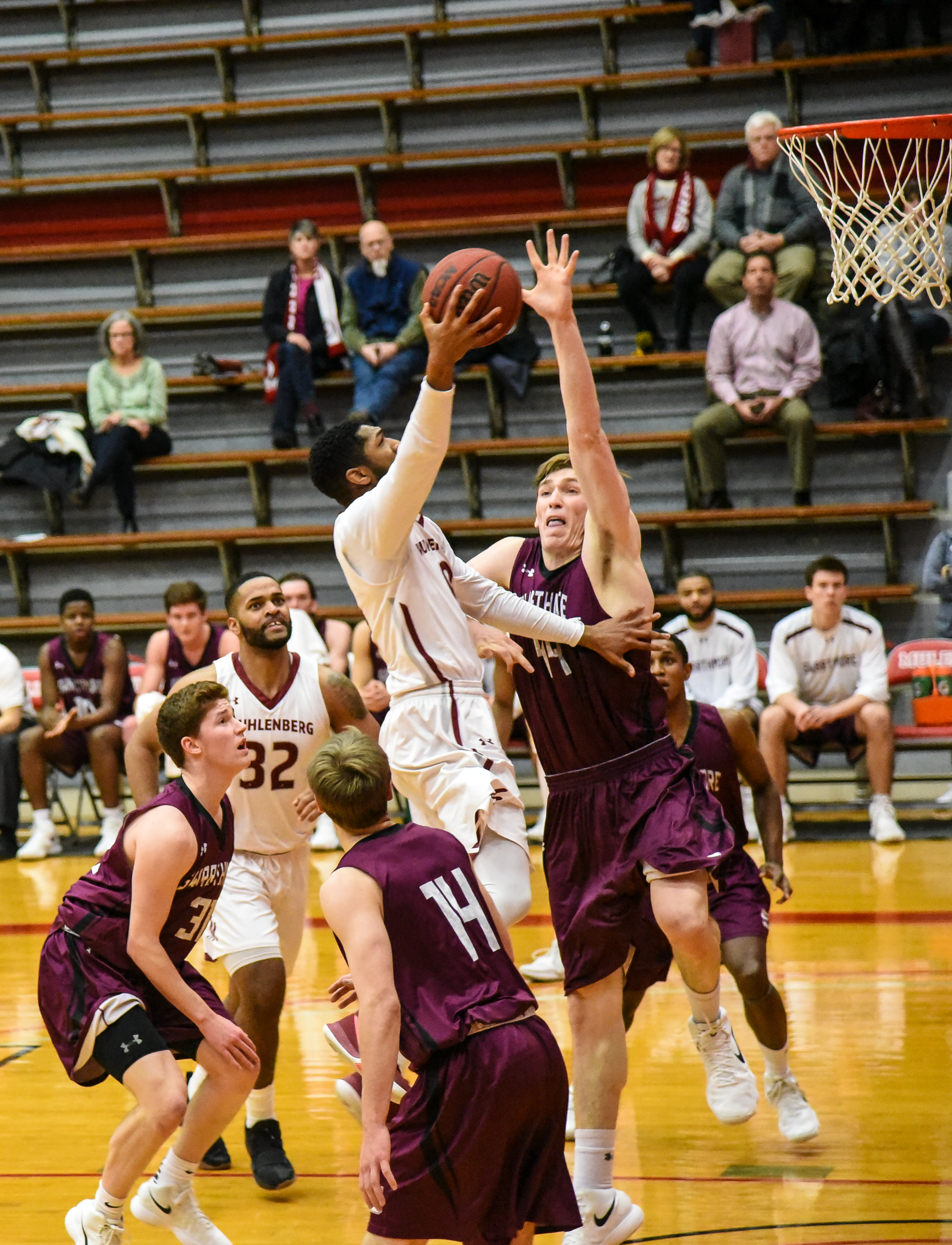 Owen McLeod goes up against Swathmore… 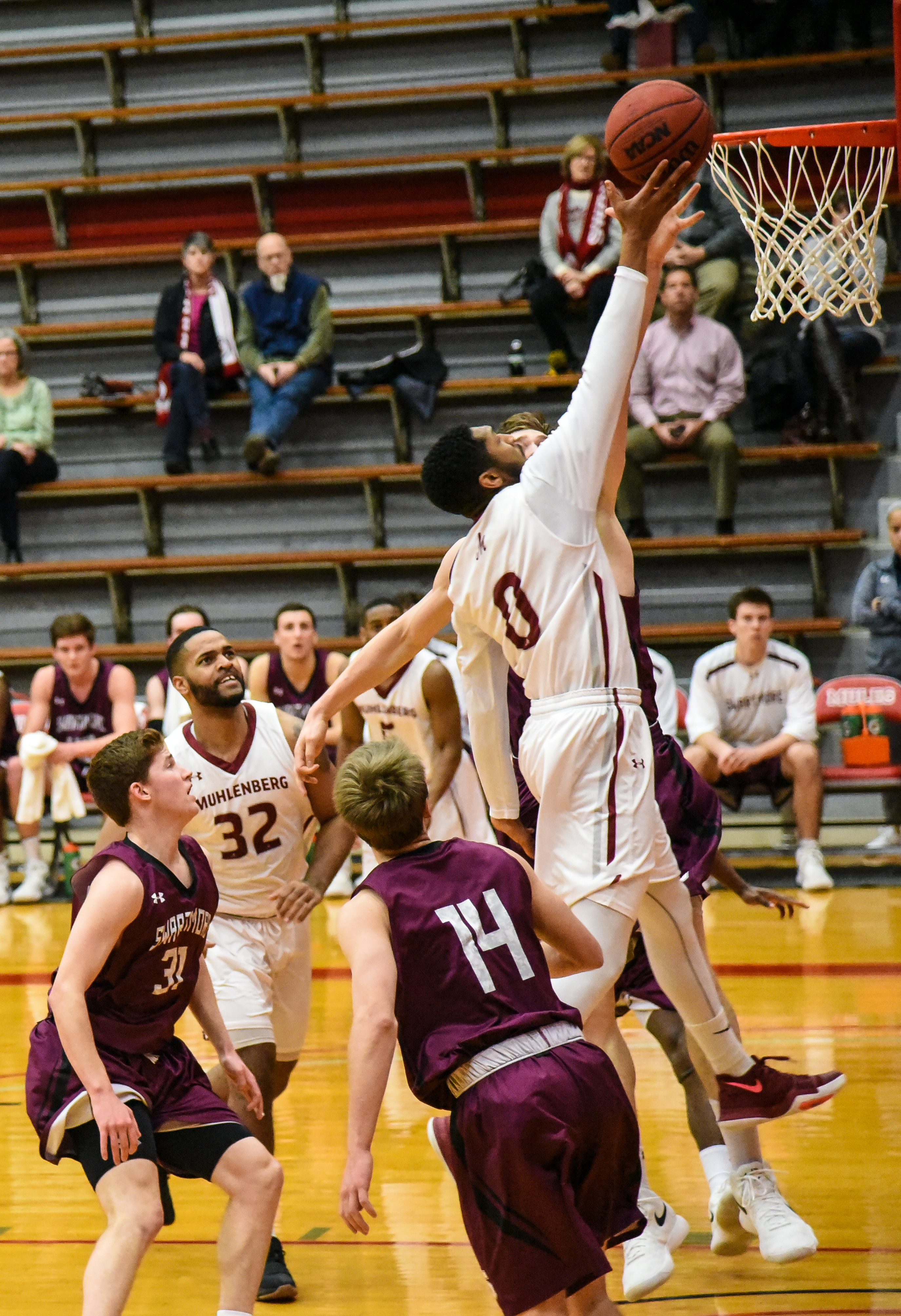 and over the defense to score! 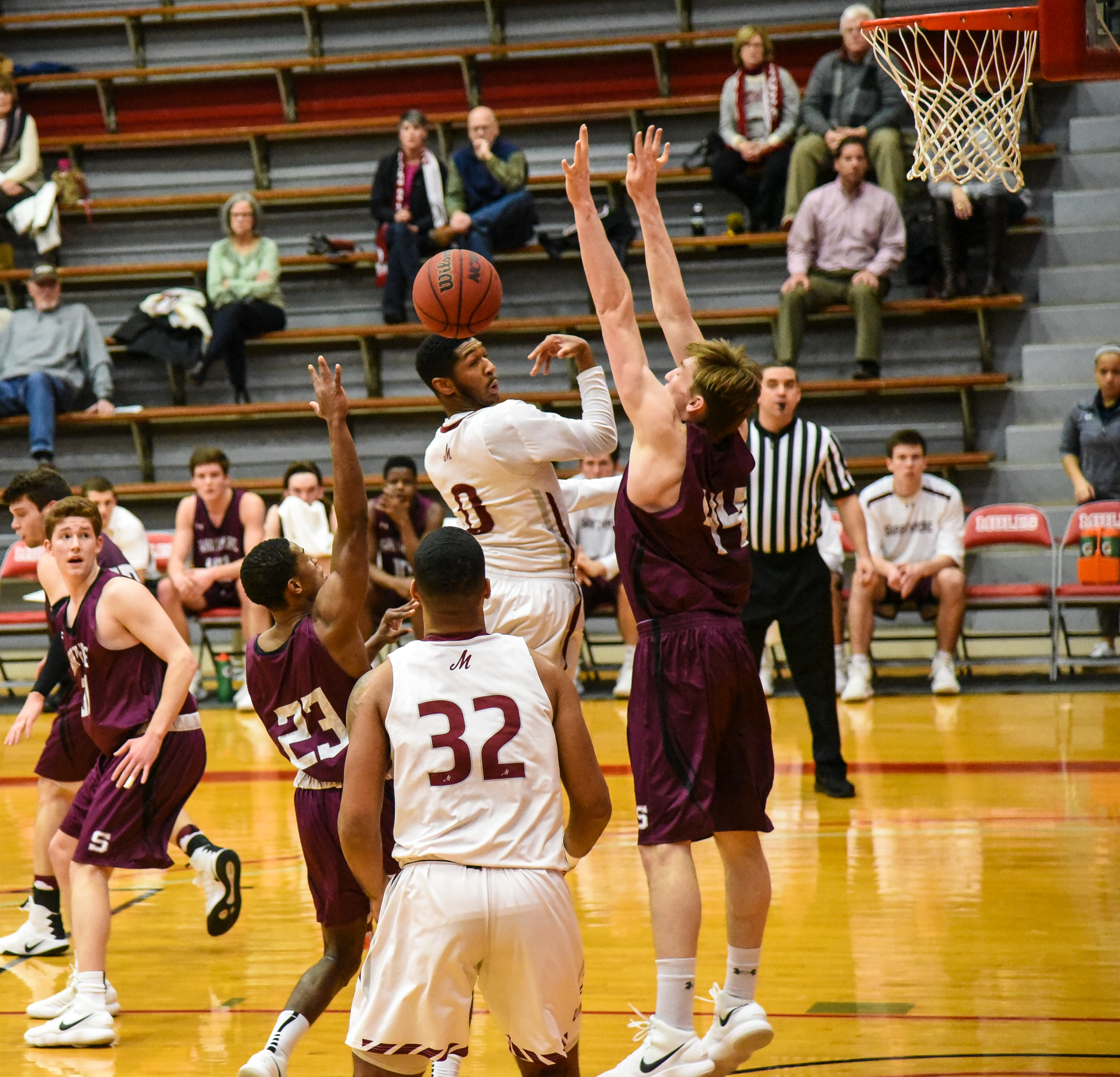 Owen McLeod makes a sneaky behind his back pass! 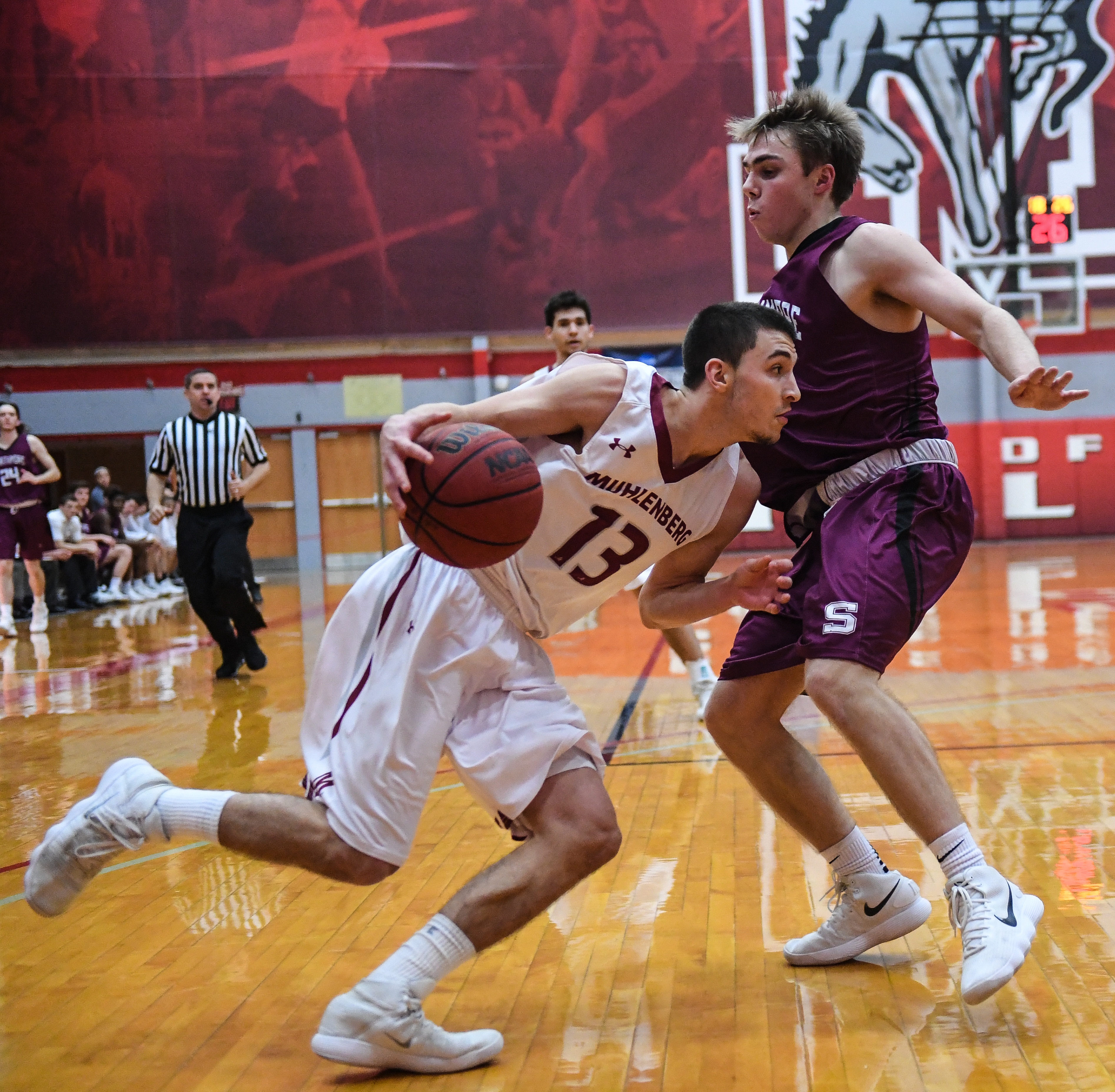 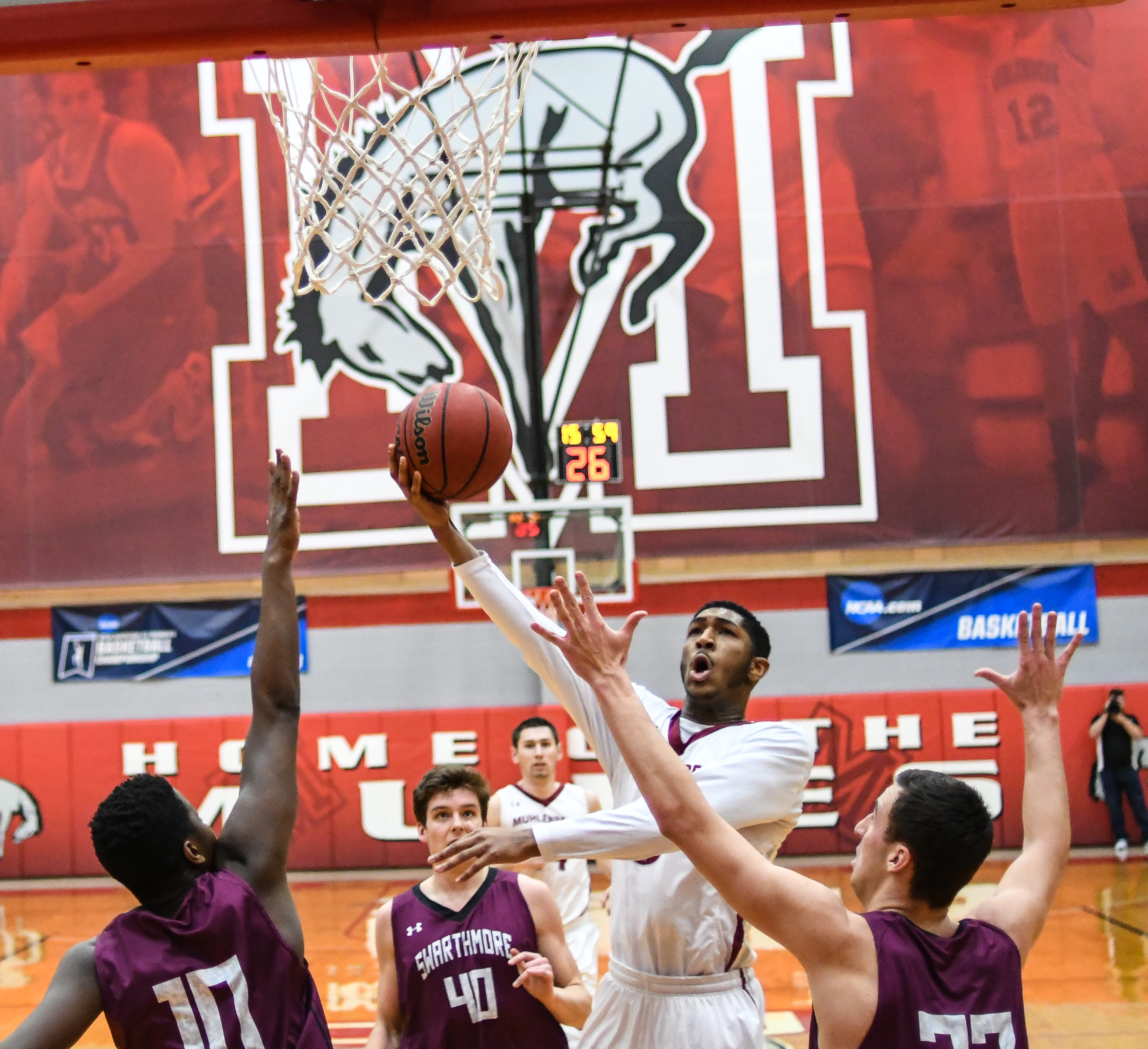 Owen McLeod does it again! 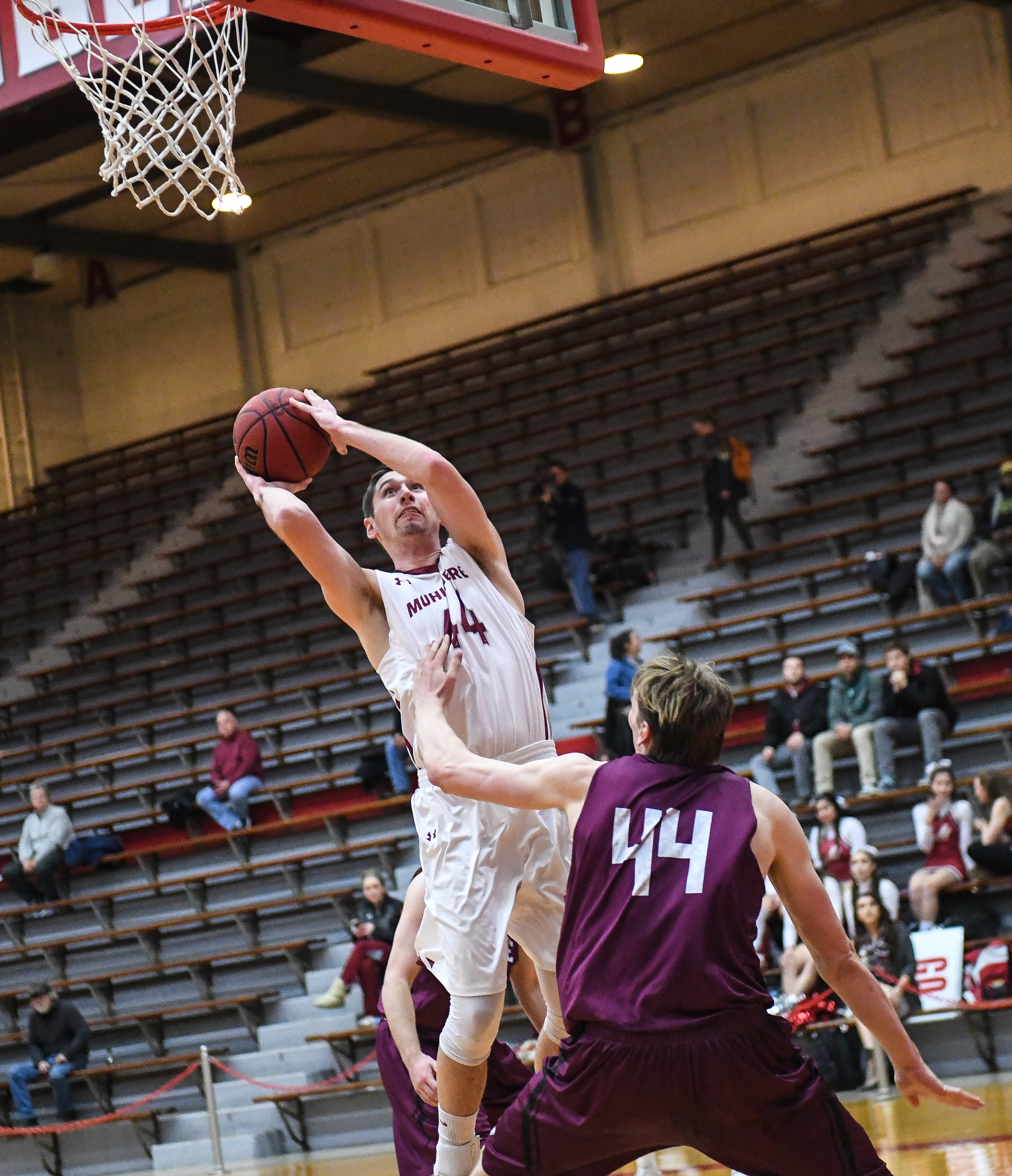 Alex Mitton works around a defender… 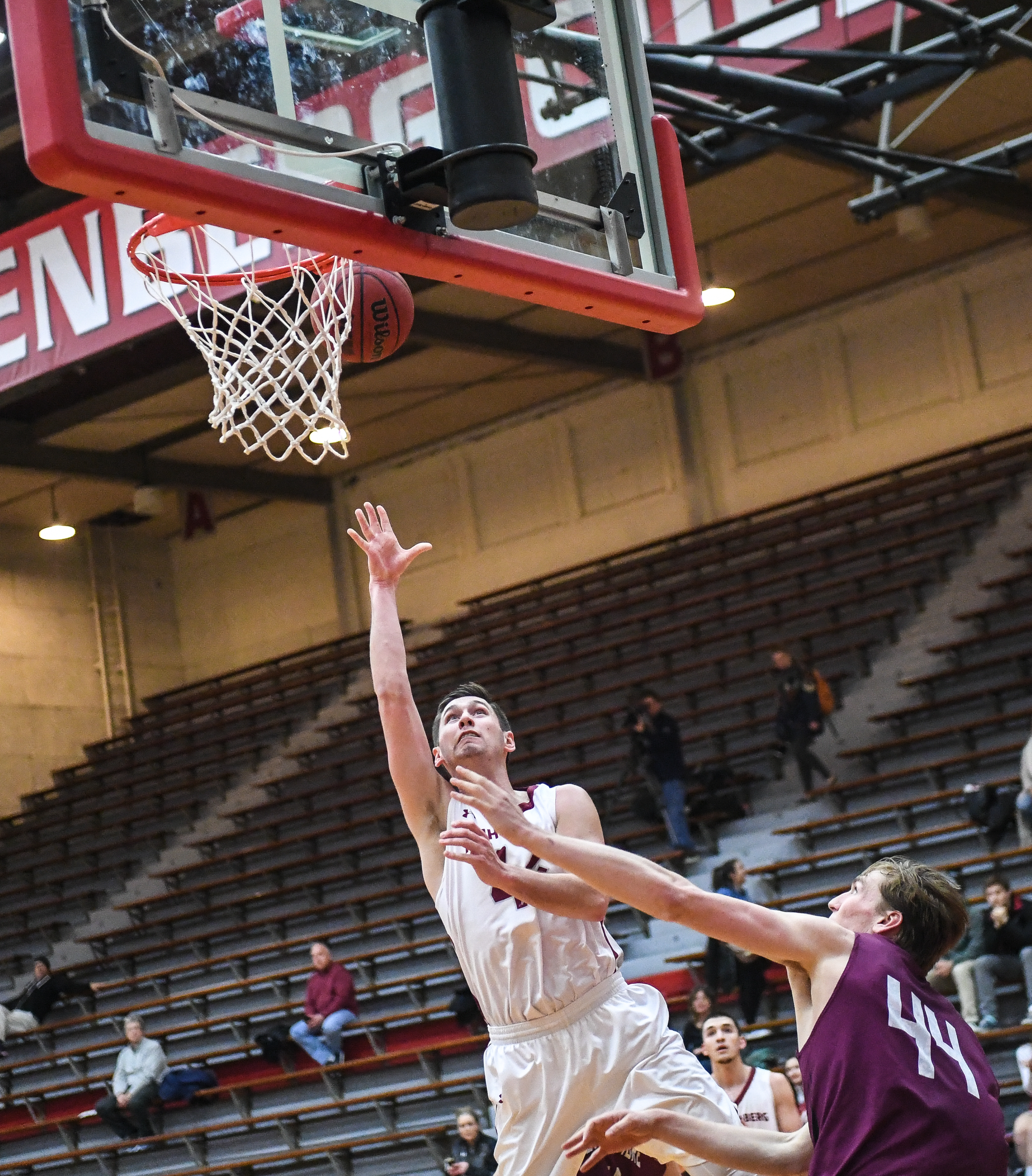 and goes strong to the bucket! 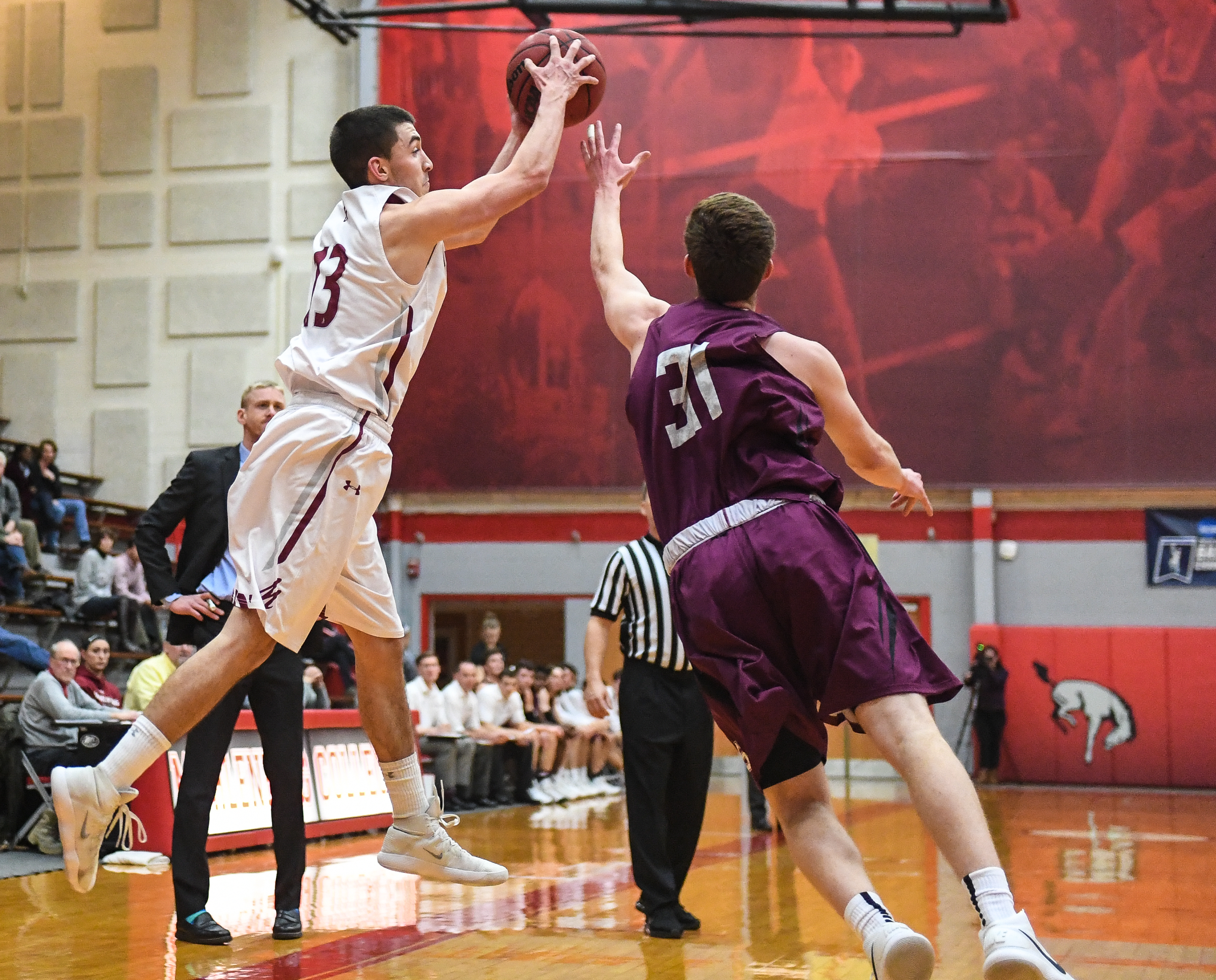 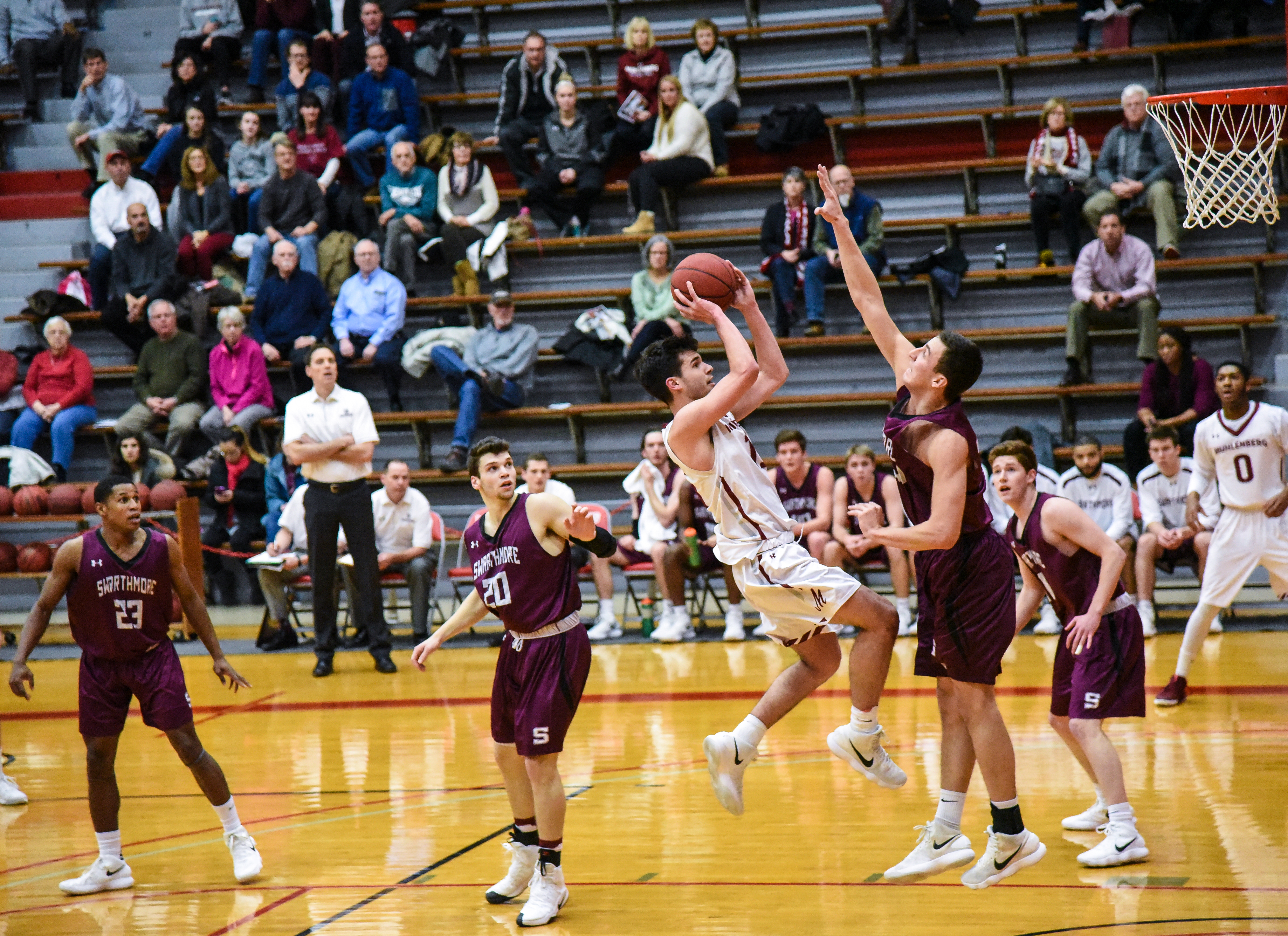