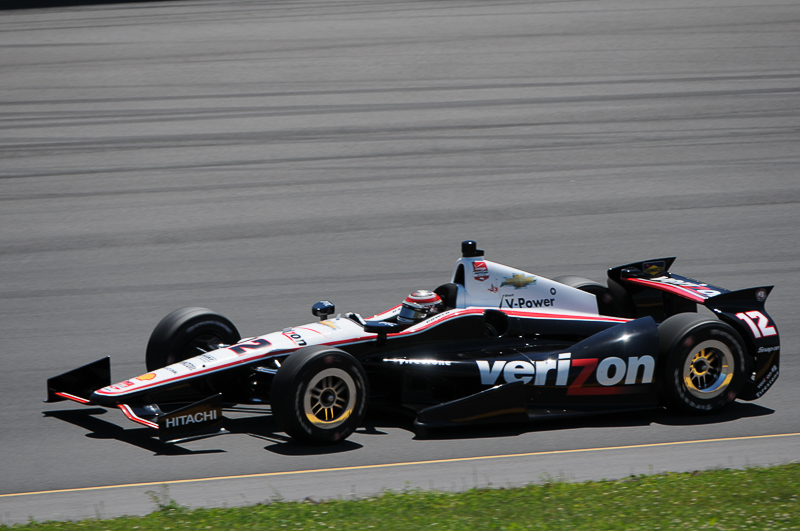 Today I photographed the Pocono IndyCar 500 for the Easton Express-Times. I arrived early for the mandatory photo meeting to receive the important instructions. Then it was out to the track for the pre-race festivities. 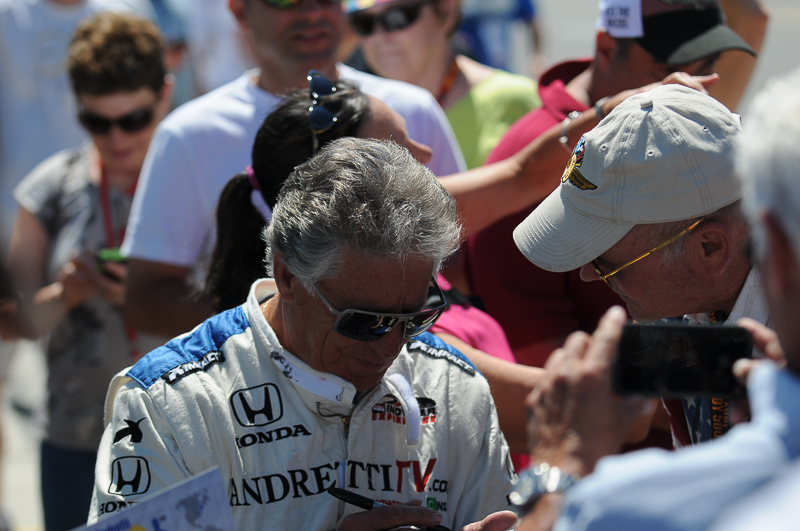 One of the nice surprises I stumbled upon was Mario Andretti signing autographs for the fans. He knows how to work a crowd and the people love to get a chance to talk with him and receive an autograph. The pre-race activities are priceless! It didn’t seem like long before the National Anthem was sung and the green flag was dropped! 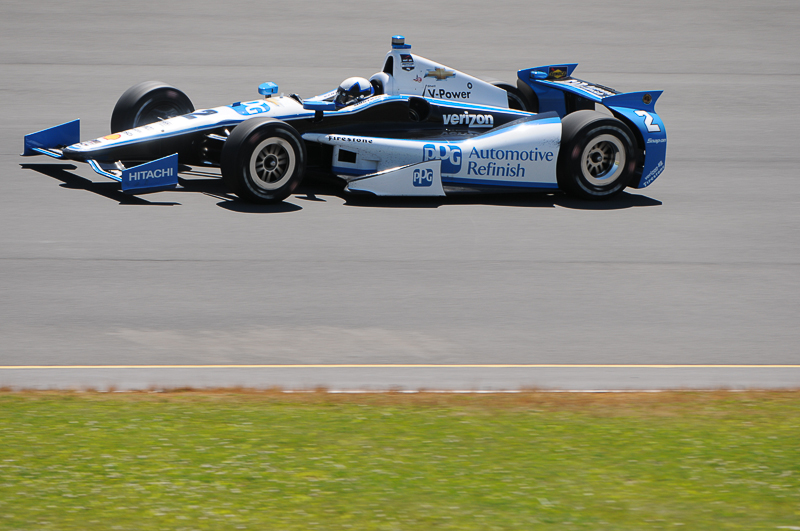 It was a beautiful day in the Poconos and the fans were on hand to watch history, literally. More about that later. I positioned myself toward the end of Turn #1 from the inside of the track. It is a steep-banked turn that can give troubles to drivers, especially as they move through it at this incredible speed! 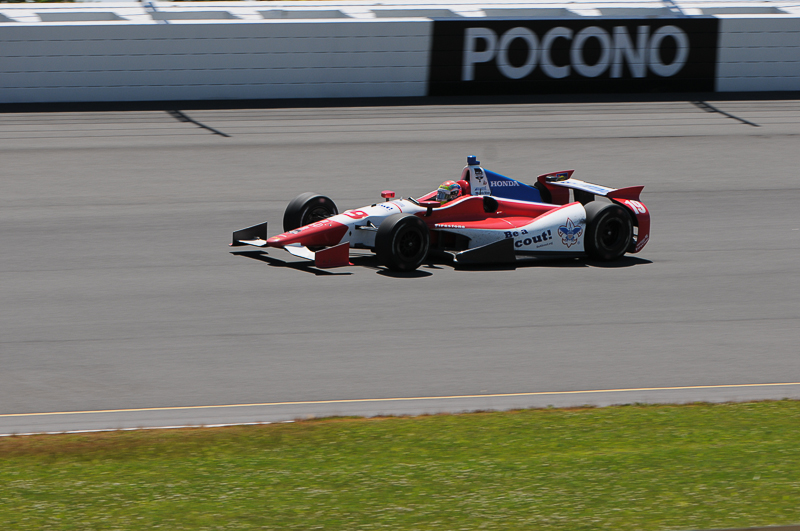 Until you see this kind of racing with your own eyes, you can only begin to imagine the breakneck speed these guys turn out. It is absolutely incredible! I readily confess that it took some work to keep up with these guys, too. Photographing an Indy race is nothing at all like photographing a baseball or football game! 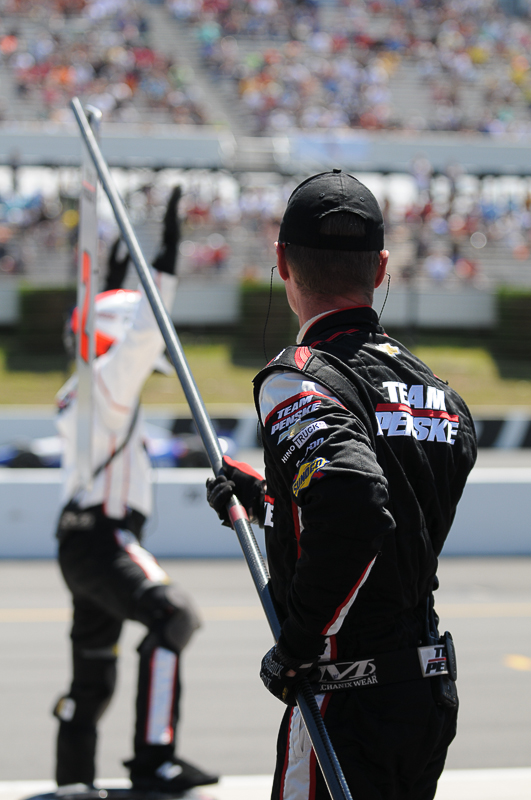 I then walked up to Pit Row to see if I could capture any action there. I was not disappointed! It wasn’t long before I saw Team Penske getting ready to pounce over the wall for a pit stop. I got ready, too, and the first photo was the pit crewman getting ready to drop the sign marking the end of the pit stop. 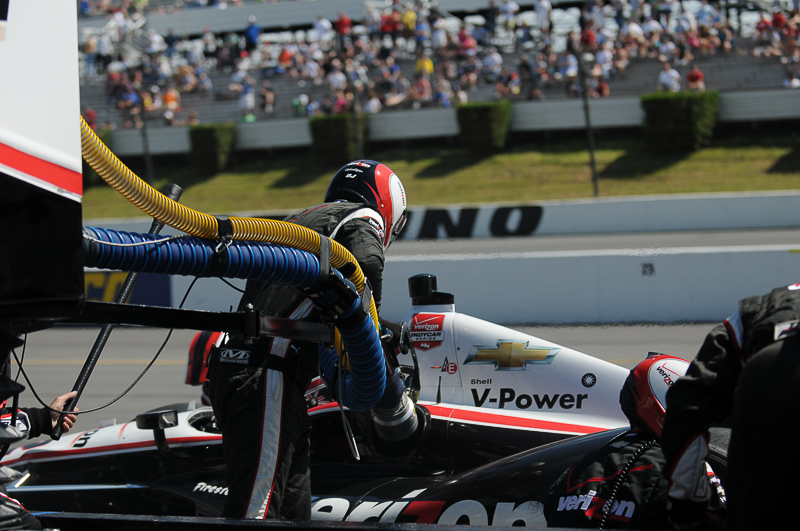 Then I photographed the pit crewman fueling the car at this pit stop. It is amazing to watch these guys work so quickly! I wish the fill-ups in my Chevy truck were anywhere nearly as fast as this! 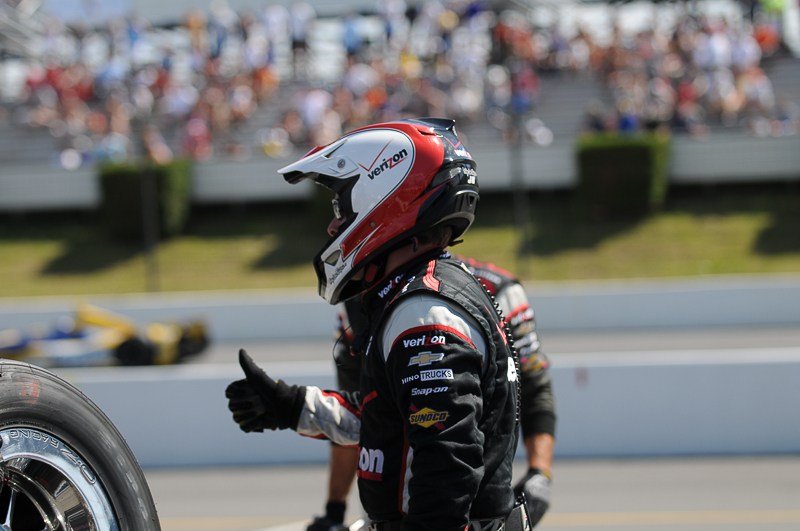 As the car drove out onto Pit Road, I photographed a crewman who thought the pit stop was a success. Thumbs up, is the universal sign for, “I liked that!” or “That was good!” 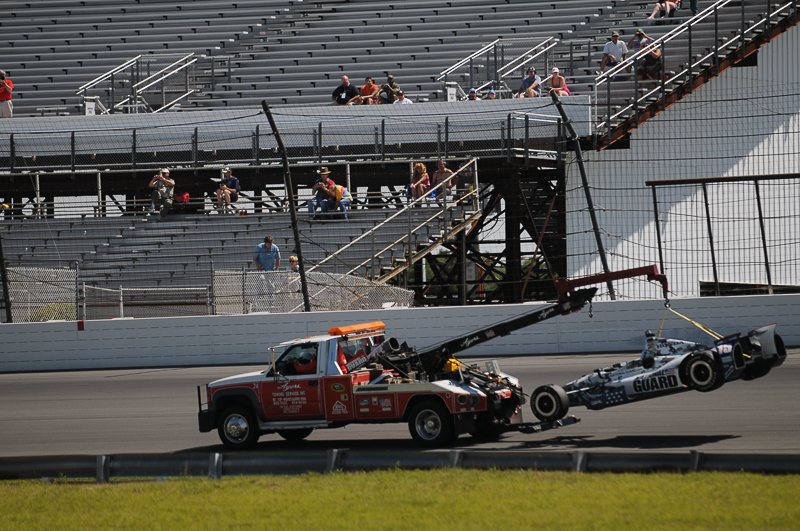 While I was photographing at Turn #3, there was an accident near Turn #2. I obviously couldn’t see or photograph this accident from my location, but I did capture the wrecker hauling the National Guard car back to the garage. 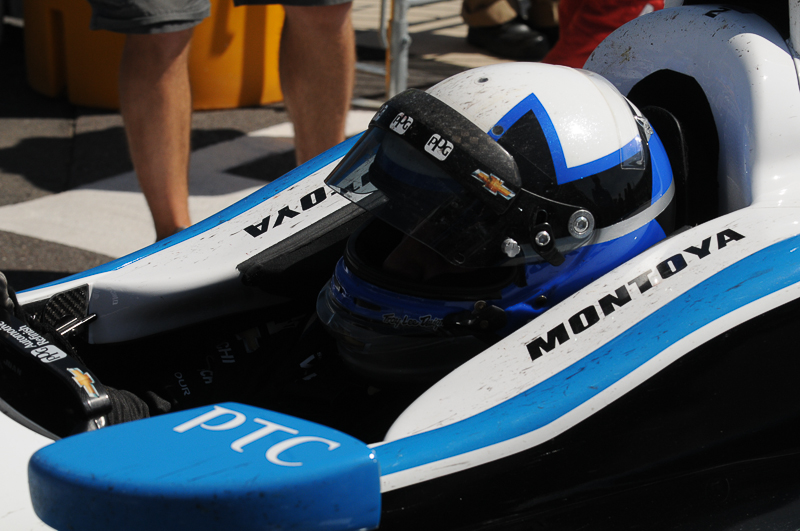 The winner of the 2014 Pocono IndyCar 500 is Juan Pablo Montoya! Here he is pulling into Victory Lane. Oh, by the way, this race broke the Indy record for fastest average speed per lap in a 500-mile Indy race: 202 mph!!! 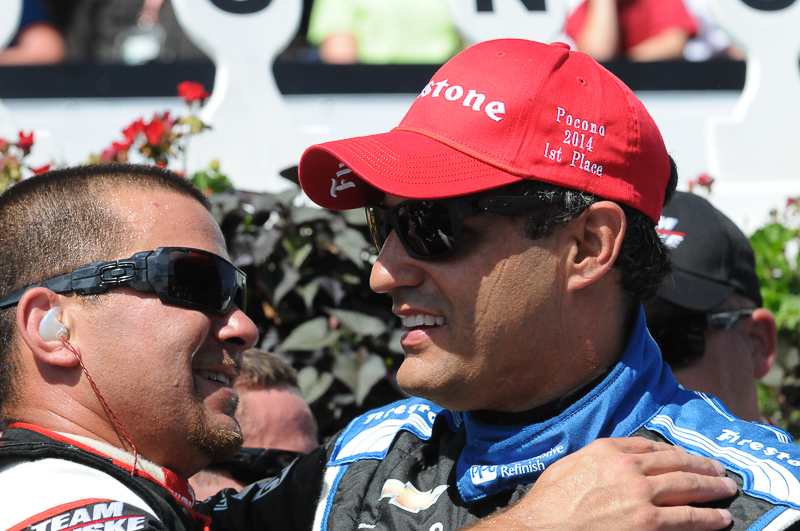 And here he is celebrating with one of his pit crew members. 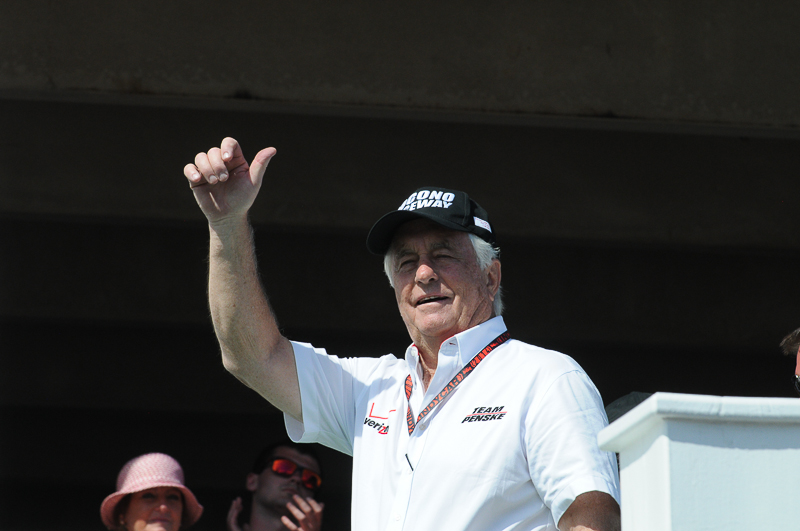 Roger Penske is the team captain for Juan Pablo Montoya, and here he is in Victory Lane. What a legend! 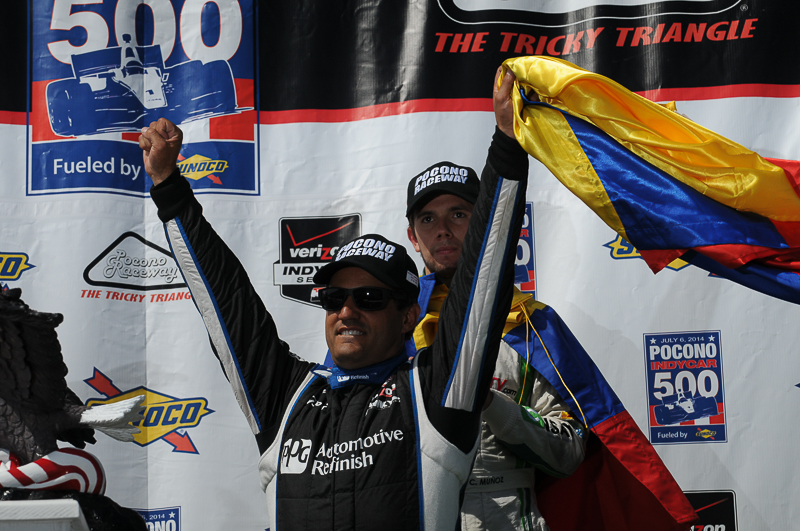 Victory is so sweet! Congratulations, Juan Pablo Montoya, on your sweet victory!