Lydia, James, and I spent the New Year holiday up on Winslow Hill. This is a perfect time to get away to the quiet mountains and celebrate the passing of one year into all the hope and anticipation of a new one. It is a time for reflection. I counted my blessings acknowledging that this year I was able to spend more time in the mountains. My son also bagged his first buck, so that was another blessing. Time spent photographing the Pennsylvania elk is still another. Blessings abounded this past year!

It is also a time to look ahead with anticipation upon the new year. What will this year bring? How many times will I get out to photograph wildlife? Will there be any noteworthy photo purchases this year? What will I learn? What will I see? Where will I go? I am getting eager and excited just thinking about it!

Reflecting, pondering, hoping, and wondering are all important components to any New Year’s celebration. And I can think of nowhere better to do this than up in the mountains on Winslow Hill!

I wonder what this bull is thinking as he looks ahead to a new year? 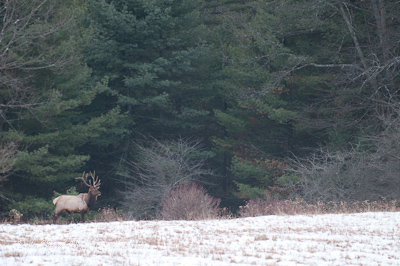 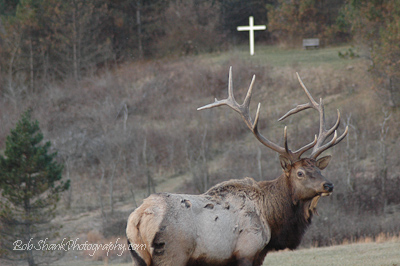