The new Nikon D5 shoots 12 frames per second. It produces a very cool sound when you stand on the shutter and shoot away! Timing, however, is my preferred method for shooting sports. Even after watching a batter for a few times I can often tell when they are going to swing or not. I certainly take the situation and the count into consideration, but subtle twitches and slight movement are very telling. Sometimes, however, it is nice to lay on the shutter and shoot a sequence of shots to capture the play. These sequence shots were taken on Saturday, April 16 as Penn State Softball defeated Maryland. Third Baseman, Shelby Miller, knocked down a ball in front of her. She had to take a couple steps to pick up the ball and throw it to first. It was a bang-bang play and Miller threw out the baserunner by half a step. It was awesome! Here are the sequence of shots that I captured. I love Miller’s expression after the play was over. She was like, yeah, just another routine out! 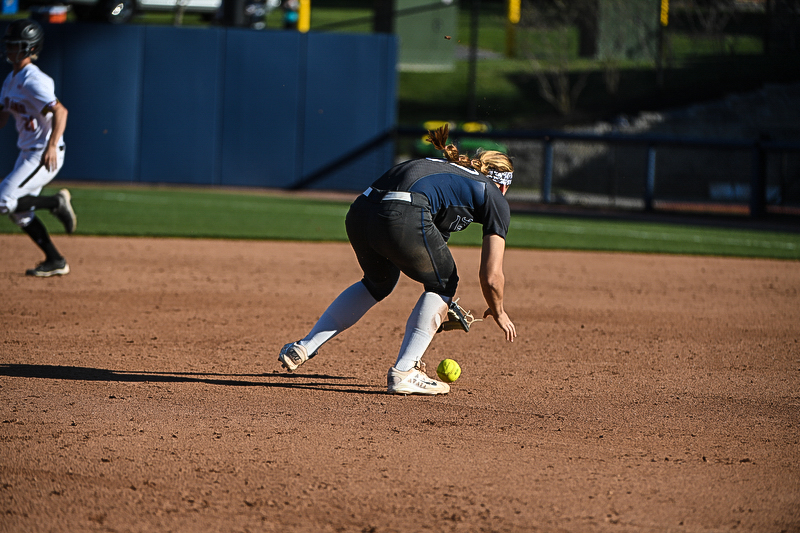 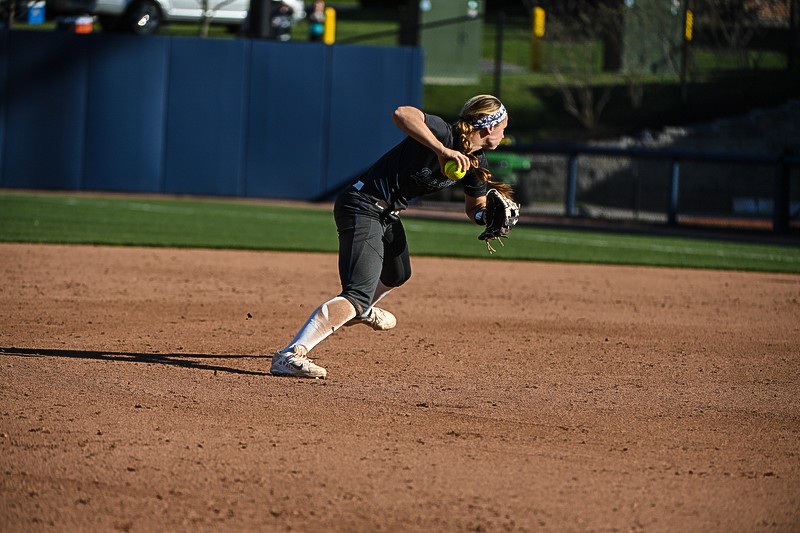 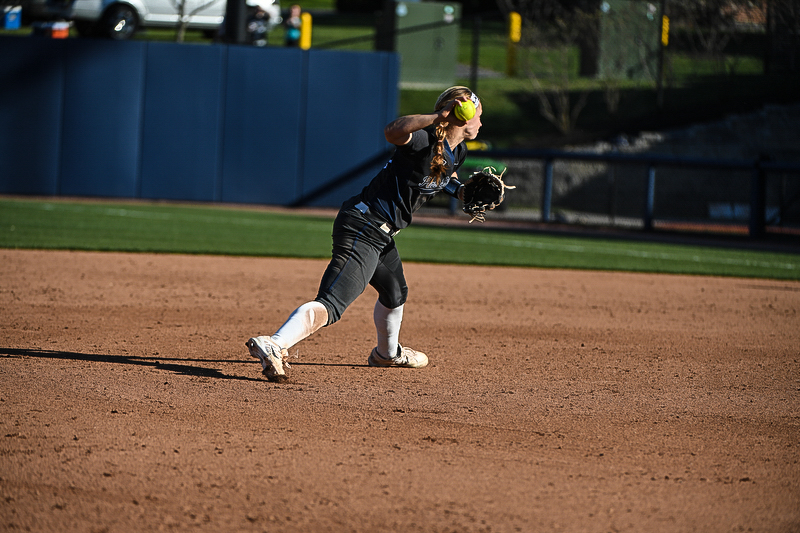 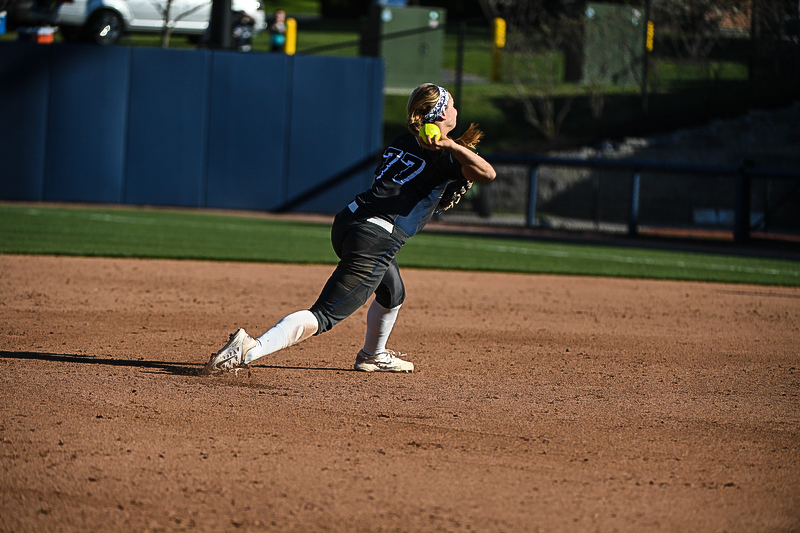 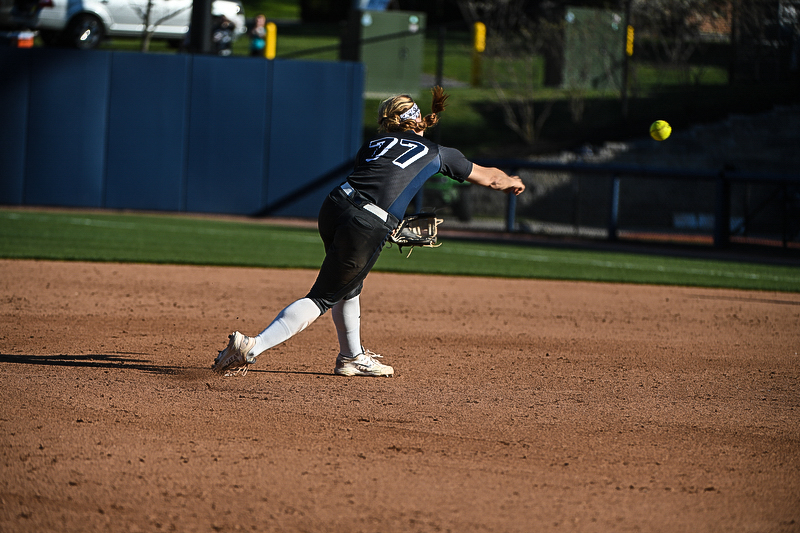 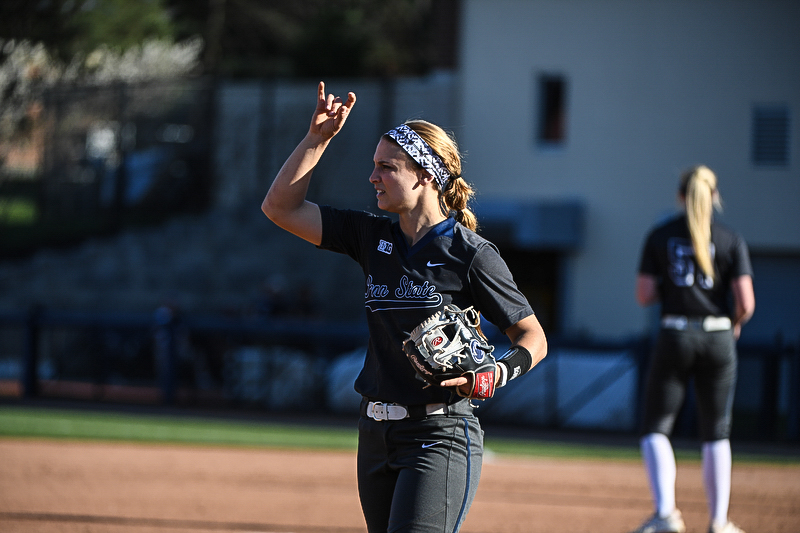