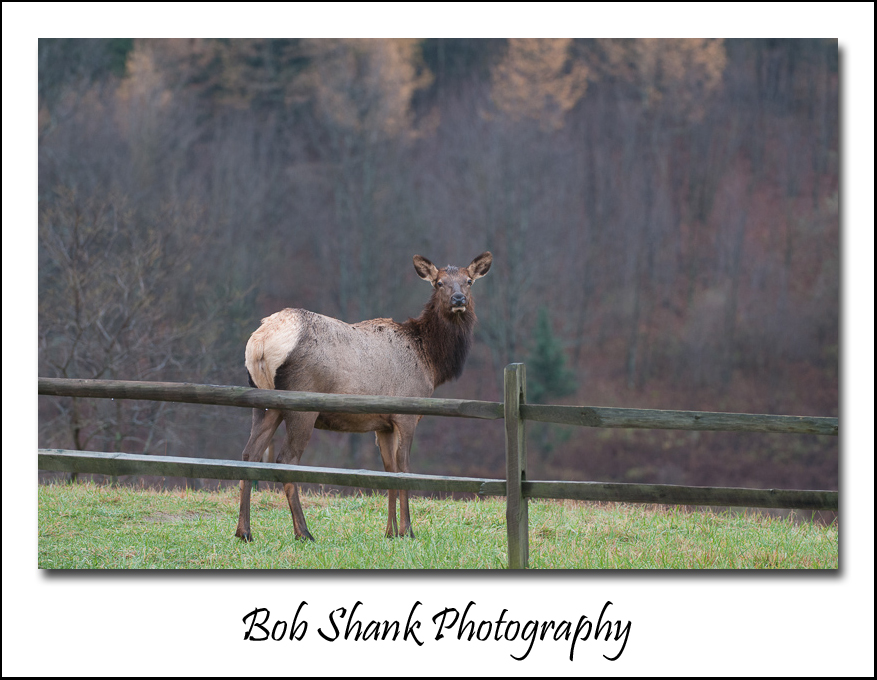 These photos were taken at the Gilbert Viewing Area, also known as the Porcupine Run Viewing Area. I prefer to call it the Gilbert Viewing Area, after the family who last owned the farm before it was purchased by the Conservancy and then became an addition to State Game Lands 311. Today there is little evidence that this was a farm because the Game Commission burned down the old farm-house and the barn, which is their standard policy when they acquire land.

The fence in the foreground was put in to keep the elk viewers from venturing too far into the elk country. There is a bit of a controversy with this idea because typically State Game Lands are open to the public. The idea here in the viewing areas, however, is to keep human contact to a minimum to allow more people to view the elk. This same policy is in affect to the surrounding area of the Elk Country Visitor Center. Visitors can see the obvious red signs depicting the area off limits along Winslow Hill Road just above the Elk Country Visitor Center entrance. 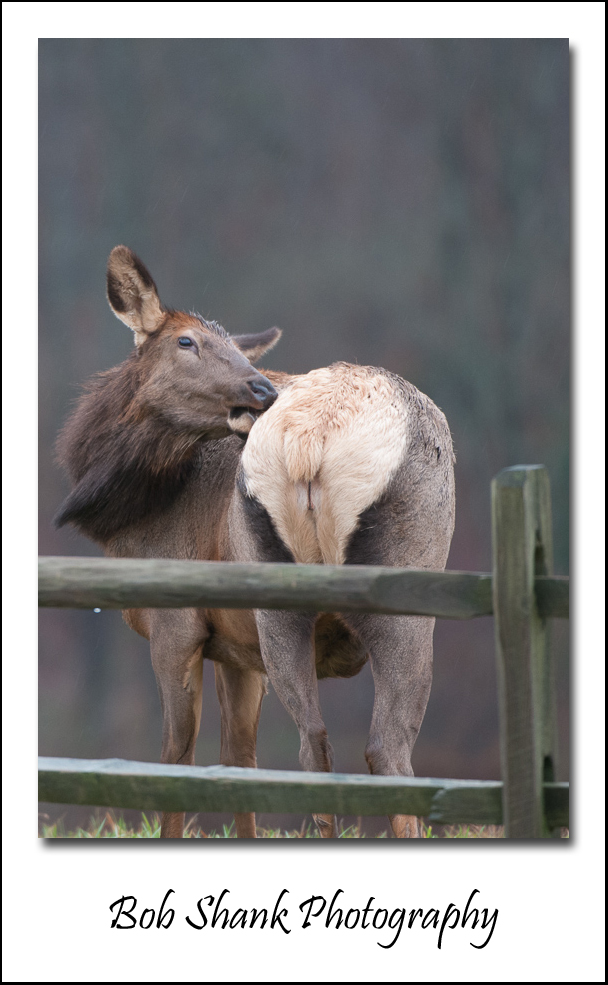 This cow put on quite a show for me last month on a day that was quite on the hill. The rut was just about over and elk viewers were few and far between during the week days. I enjoyed photographing this cow with only one other elk viewer in the area. I thought it was comical to see the elk behind this fence, as I wondered if the elk was thinking, “Don’t fence me in.” My mother-in-law, Edna Rosenberry, used to sing this song to our children, Lydia and James, when they were just babies! Few of us like to be fenced in, including the wild elk of Pennsylvania!

Obviously, these elk are not fenced in. The fence in the foreground of these photos only covers a small area at the top of the viewing area. Still, I thought it made an interesting perspective. What do you think? 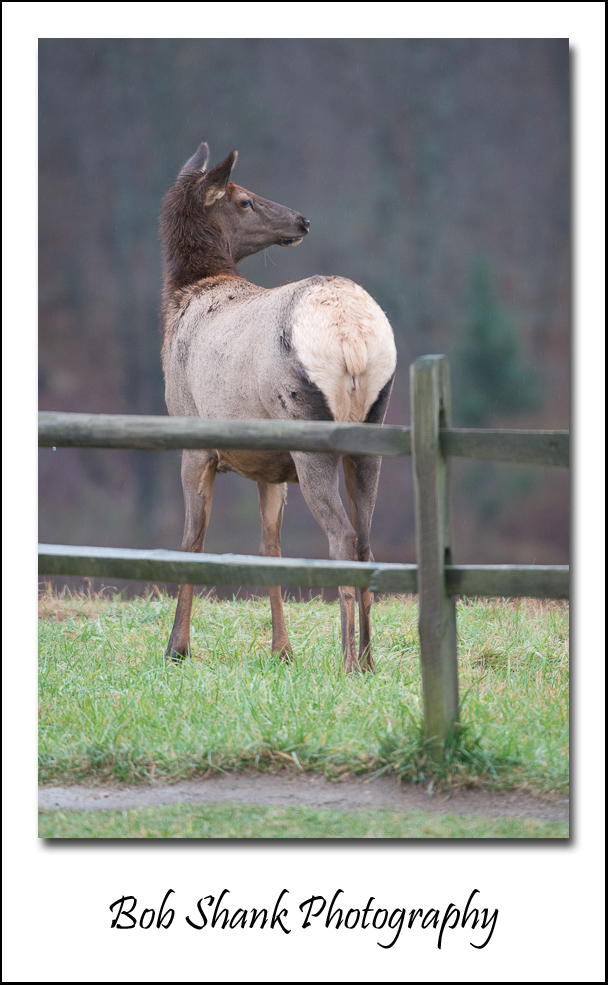