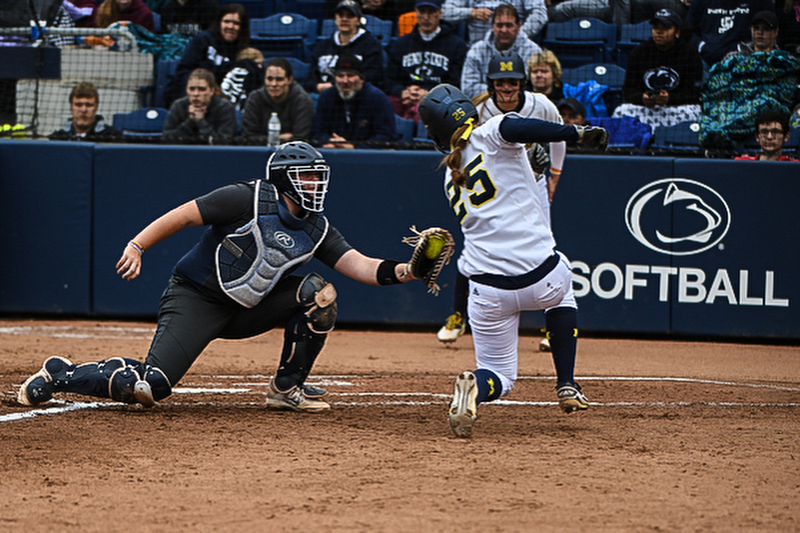 In softball and baseball, there is nothing as exciting as a play at the plate! A run is at stake and the defense will do whatever is necessary to stop that score. The catcher, of course, is the one in harm’s way! 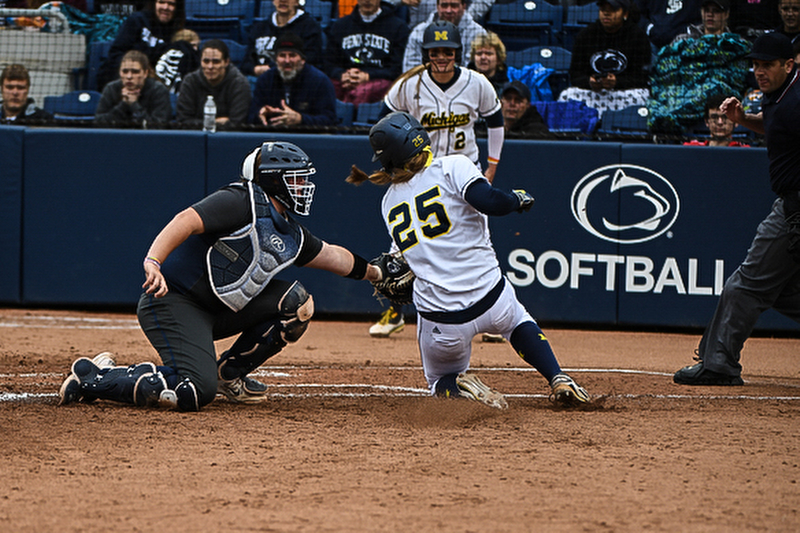 These images are of the most recent play at the plate I captured on Saturday, April 30th at Penn State University. Michigan was the visiting team and ranked #2 in the nation at the time. This play was the typical bang-bang kind of play that happened quickly. I was situated in the photo well beside the visiting team’s dugout down the third base side of the field. I was very aware of the situation and the locations of the base runners. I knew a play at the plate could happen but would it? Well, it did and I captured these photographs of the exciting action. You can see for yourself the result of the play by looking at the photos–especially the umpire in this last photo. 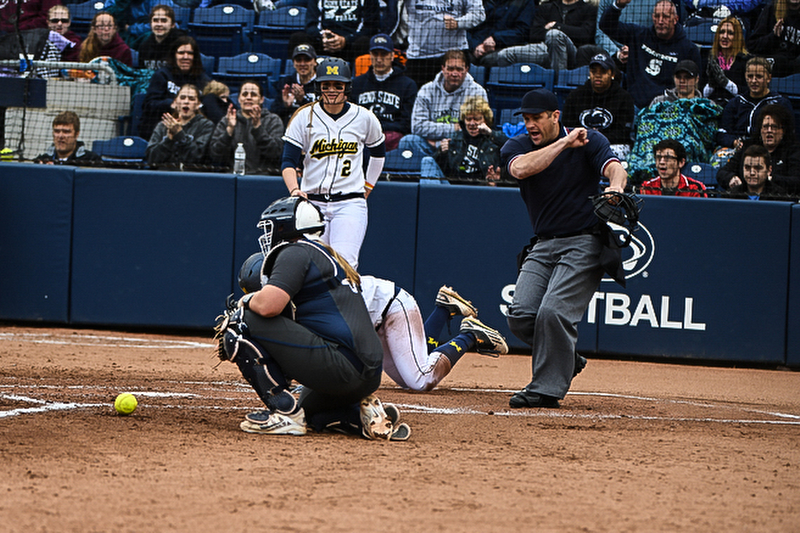 I have been fortunate to capture several of these exciting plays at the plate with my camera over the years. I recall one of Lafayette’s games against Navy in a baseball game. There were several others at Pleasant Valley and other local high school games in our area. But the one that I remember most fondly was one that happened with a Lehigh Valley Baseball Academy team. My son had just decided that year to make the switch to playing catcher. I was still not thrilled about his decision–after all, they don’t call the catcher’s equipment “tools of ignorance” for nothing! Well, I traveled to an LVBA game and watched my son behind the plate and in the very first inning there was a play at the plate. I knew I captured the play with my camera, but it was not until later when I saw the determined expression on his face that I knew I captured something special. I also realized then and there that James made the correct decision to be a catcher! There is nothing quite as exciting as a play at the plate. And if we sports photographers capture it correctly, quite a story it does tell! 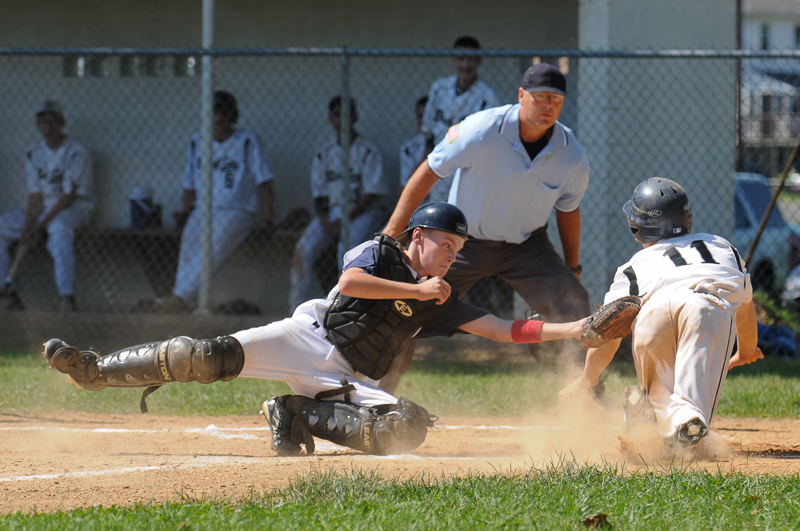