The Delmarva Peninsula Fox Squirrel (Sciurus niger cenerus) is an endangered species. At first glance, it looks like an ordinary gray squirrel, but upon closer examination there are several differences. First, this squirrel is bigger, growing up to 28 inches in length, half of which is usually the tail. Secondly, the tail of the Delmarva Peninsula Fox Squirrel is bushier than the ordinary gray squirrel. It can also weigh up to three pounds!

These squirrels live in the woods and often stay close the ground. They can be seen searching for food, as in this instance, eating a pine cone or some other morsel.

The unique name of this squirrel comes from where it is found–all through the State of Delaware, and the Maryland and Virginia peninsula. This one was photographed in Chincoteague, Virginia. They are listed as “uncommon,” so seeing one and getting to photograph it is a special occasion. Their behavior, for the most part, is similar to the common gray squirrel with the exception that this species prefers to stay close to the ground rather than climbing high into the trees and jumping from limb to limb. It often prefers to escape danger by running away rather than climbing a tree. Females give birth from 1 to 4 babies in a litter and raise them on their own. They can give birth to two litters per year.

The Delmarva Peninsula Fox Squirrel was once found as far north as New Jersey and down into the Southeastern portion of the United States. By the early 1900’s the range was decreased and the squirrels were only inhabiting the eastern shore of Maryland. Predators included foxes, weasels, minks, eagles, hawks, raccoons, opossums, owls, and snakes. They are also sometimes mistakenly shot by hunters. Numbers have rebounded and now this squirrel is found throughout the eastern shore of Maryland and Virginia again, and in Delaware and even in Pennsylvania.

With continued effort, protection, and appreciation for this unique mammal; they will hopefully be seen well into the future. Who knows, maybe you will be able to photograph one some time soon!

Over the past two days I have been in Chincoteague Virginia photographing wildlife at the Chincoteague National Wildlife Refuge. This is my third trip in three years to this excellent location and it has quickly become one of my favorite stomping grounds. It was cold yesterday. Today is warmer but there is ice everywhere and some snow on the ground in spots.

Today I was fortunate enough to see several of the endangered Delmarva Peninsula Fox Squirrels. I actually saw seven of them. Here are two photographs that I was privileged to capture this afternoon. 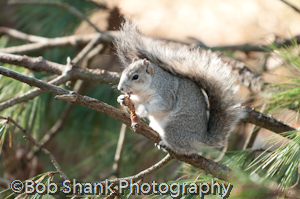 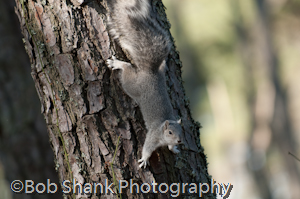