I photographed another football game last week but haven’t had time to include it here on my blog. The game hosted the 8th Grade teams of Stroudsburg and Pocono Mountain West. It was the last game of the season for these two teams and the last chance for off-season bragging rights! To add even more excitement to the game, Stroudsburg was vying for an undefeated season!

It was an exciting game to photograph! The game opened up with Pocono Mountain leading but Stroudsburg answered loudly and clearly. It was a game with hard-hitting, precision blocking, and great fundamental football. Both teams put it all out there on the field! It was a hard-fought game and in the end Stroudsburg prevailed with a solid win. Pocono Mountain made it interesting at the end, but it just wasn’t to be for them. Wow, what another exciting game!

Congratulations to Stroudsburg on their undefeated season! 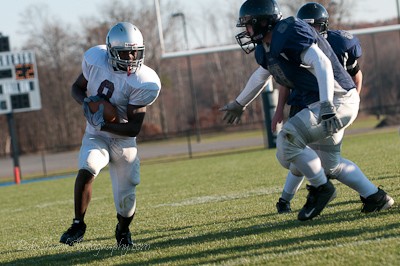 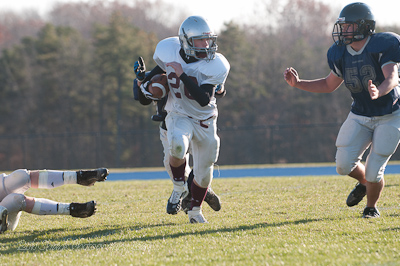