Yesterday I had the opportunity to photograph a middle school football game. The Stroudsburg Mounties were hosting the Pleasant Valley Bears. I knew several players on both sides, but one of the Stroudsburg moms asked me to get some photos of her son. The action was fast and furious with lots of scoring throughout the game.

I found football to be much different than photographing baseball. The action seemed more non-stop and fast-paced. I coached football for quite a few years, including at the middle school level for three years. Knowing the game sure helps when trying to photograph a game! One quick tip I learned quickly is to line up on the sideline slightly behind the line of scrimmage to get a clear shot of the backfield. Handoffs, pitches, and the QB dropping back for a pass are examples of shots I was able to get with this technique.  Of course, this would also be a good location for a QB sack, too. I found it much harder to capture a receiver catching a pass.

Over all, I believe I was able to capture some good, quality photographs of the game. Here are five photos, but you can see all the photos from this shoot here. 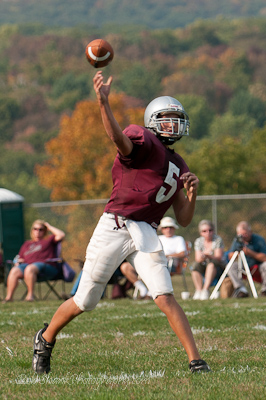 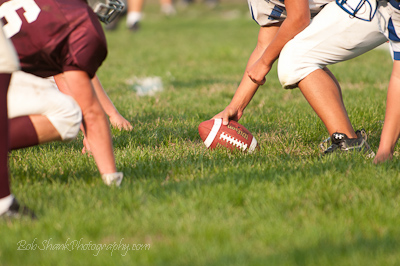 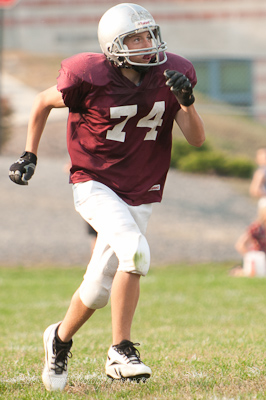 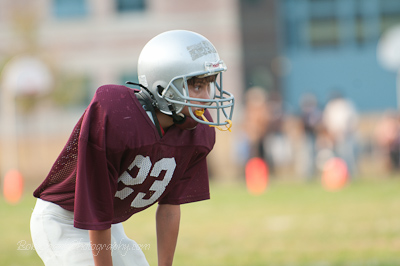 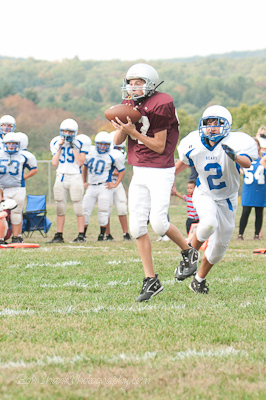