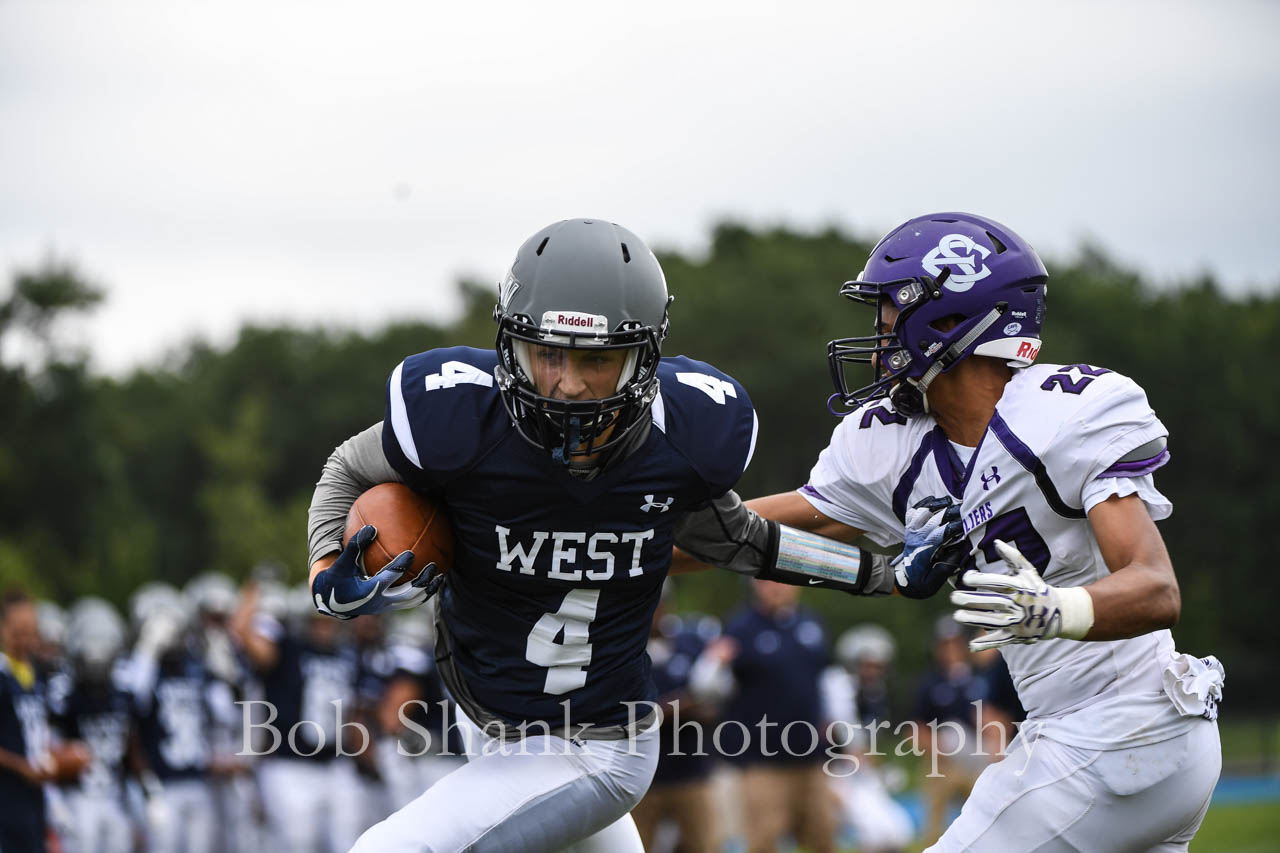 A Saturday afternoon matchup featured East Stroudsburg South at Pocono Mountain West. The first half was a close one. Each team was making successful offensive plays. 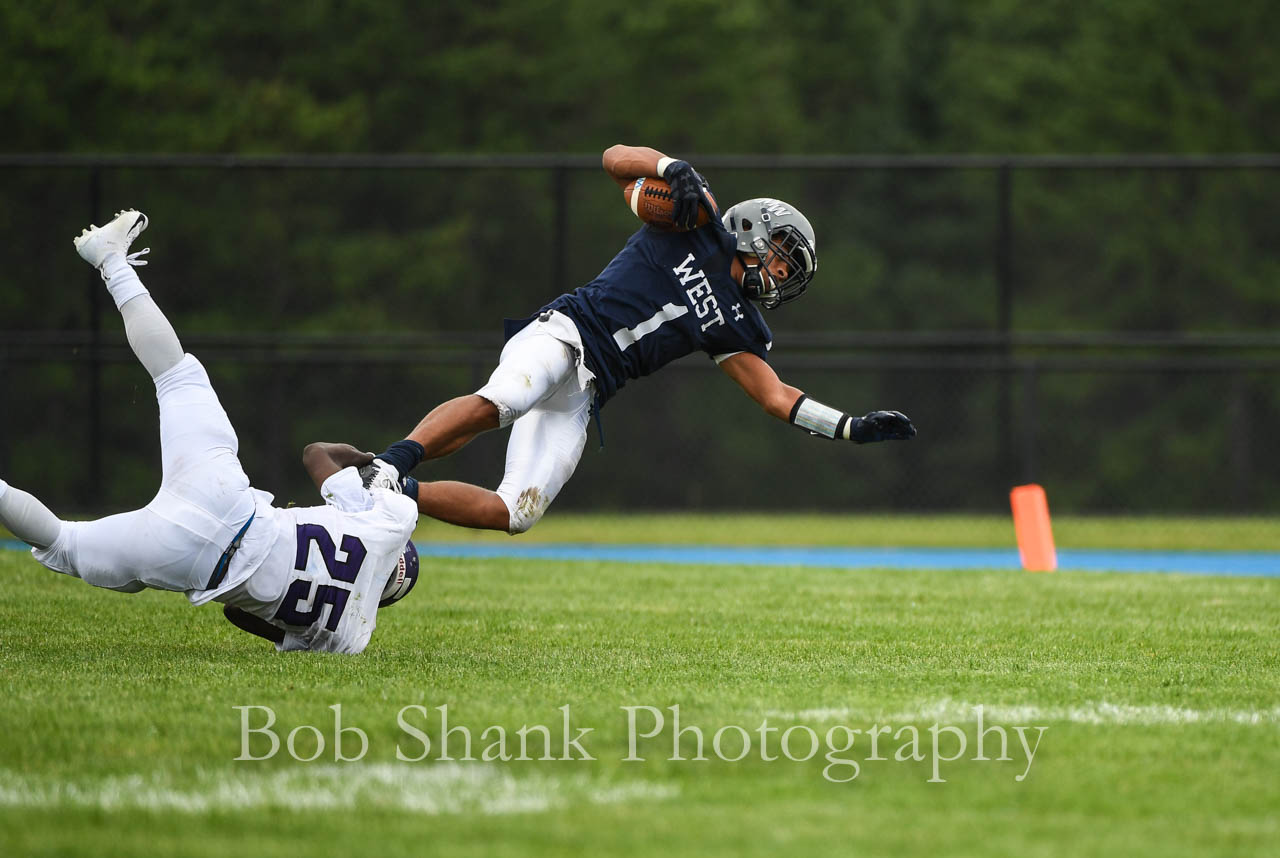 East Stroudsburg South’s Nyree Ford-Cherry tripped up Kaleb Monaco to prevent a touchdown and the half ended with a one possession difference (21-14) in the score. 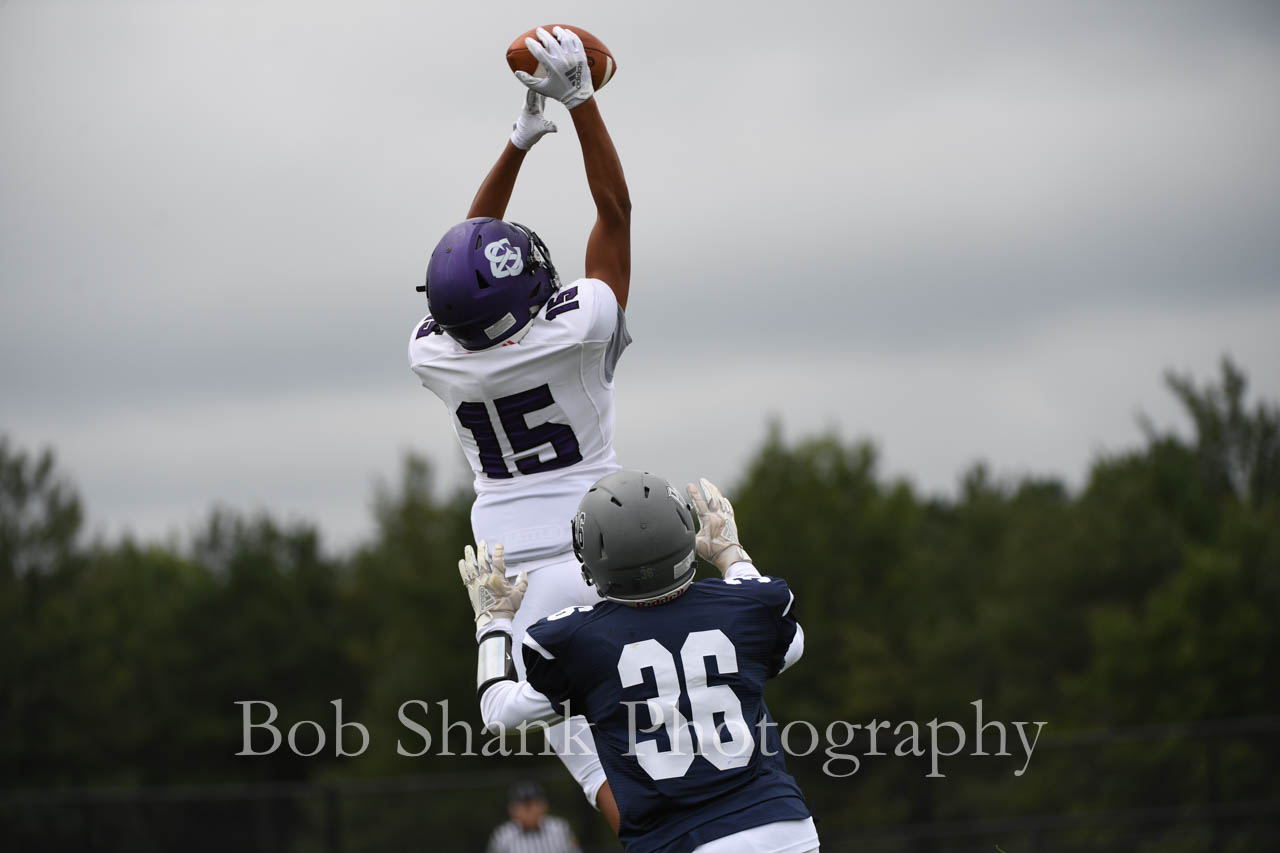 East Stroudsburg South came out to play in the 3rd quarter and started manufacturing some impressive drives. They took control of the game. 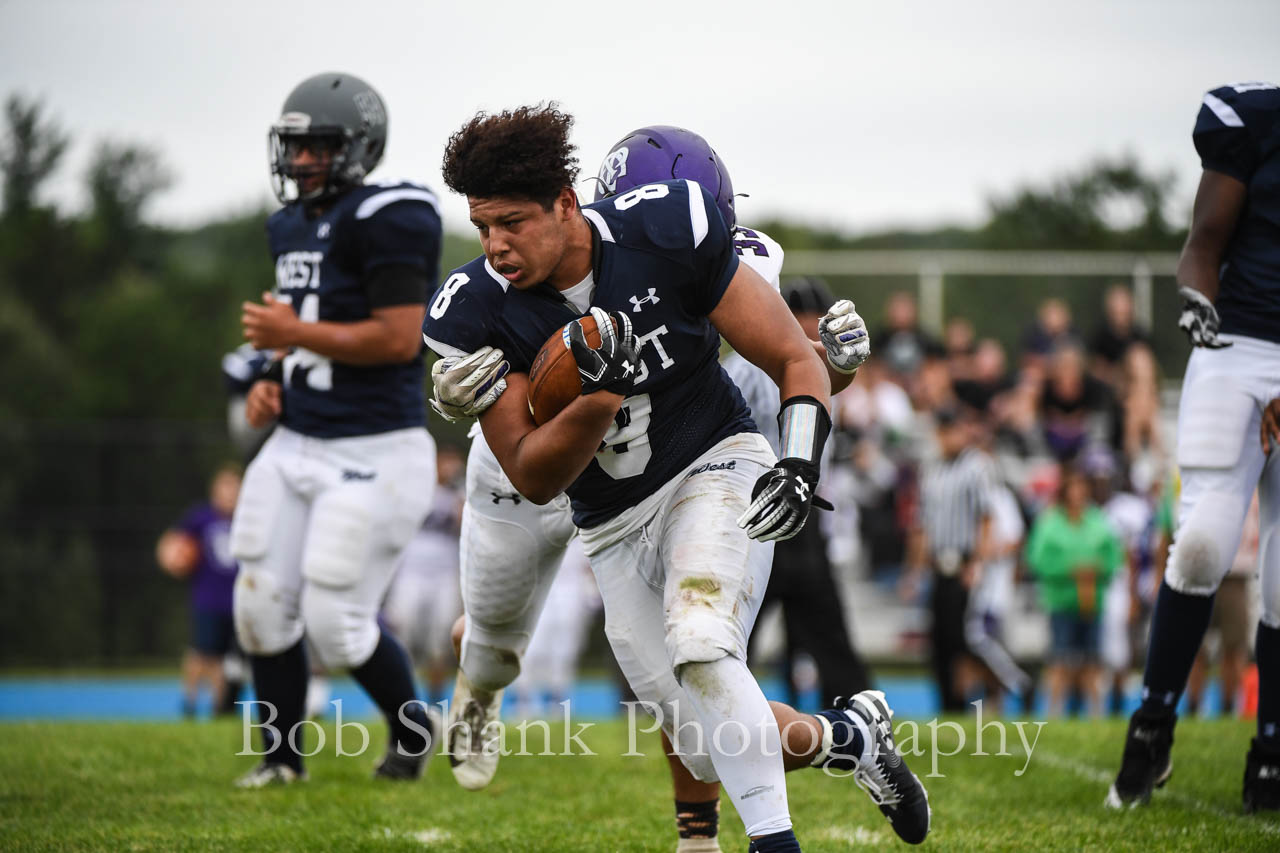 Pocono Mountain West did not give up. They kept playing hard. In the photo above, Adrian Salas-Viruet kept running after losing his helmet on an offensive play for positive yardage.