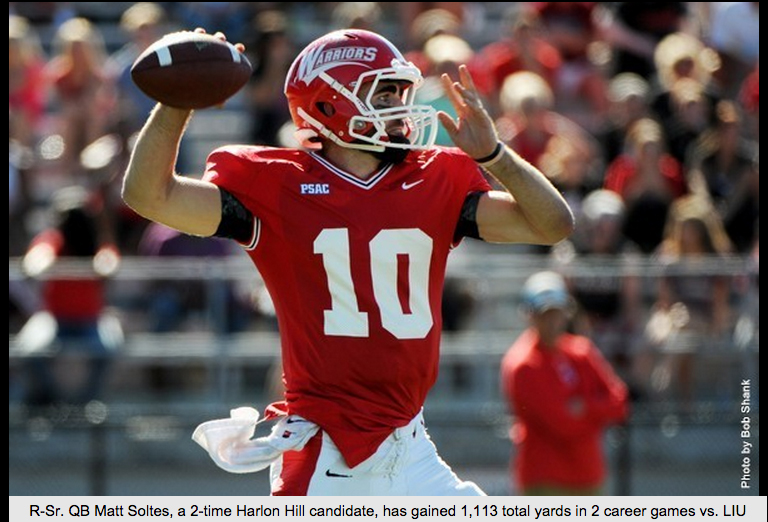 Last week I attended the Penn State football game in State College. The Nittany Lions were hosting the Buffalo Bulls for the second game of the new season. I used to buy Manchester United football tickets from Ticket4Football.com and this time I also bought tickets there. I took my good friend and former football coach, Al Van Houten. We met my brother and my son for the pre-game activities and we visited some other friends in the RV tailgate area. Then it was game time! There is nothing quite like college football on a Saturday afternoon!

Just two days before the game I received a call from the Sports Information Director, Greg Knowlden, at East Stroudsburg University asking if I could photograph some of their football games this year. Yeah?! Of course! The only thing better for me than watching college football on a Saturday afternoon as a fan is photographing the game down on the field! So this Saturday I will be on the Eiler-Martin Stadium field to photograph the ESU game.

I covered one game last year for ESU and a few of my photos were published on their website and in the local newspaper, The Pocono Record. However, as I was doing my research before this weekend’s game, I discovered that one of my photos is featured on the 2015 East Stroudsburg University Football Media Guide! (You can see the cover below and my photo is in the upper left.) This photo was also featured in the local newspaper’s pre-season football issue. 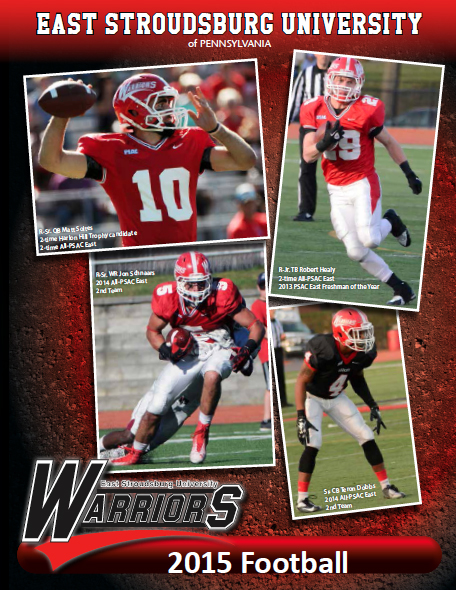